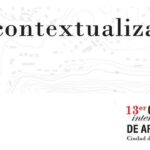 Panama is currently experiencing a boom in the construction of skyscrapers, mega projects and cutting-edge architecture. The 13th (Inter)National Congress of Architects of Panama, 2013-2014 edition organized by Colegio de Arquitectos de la Sociedad Panameña de Ingenieros y Arquitectos de Panamá (SPIA), explores these themes in Punto de Encuentro (“Meeting Point”), a series of sessions of conferences, seminars and discussions held from the from 2nd till 5th of April 2014, which feature a selection of internationally renowned guest architects including West 8’s representative, architect Daniel Vasini. Daniel will present several of West 8’s Latin American based projects including Malecón in Puerto Vallarta and Ciudad Melendez in Cali.

Notions of (re)contextualizing constitute the overarching theme of the congress whose main argument states that architecture is not only a motivation and consequence of the setting in which is developed but also an entity that demands its own construction. Punto de Encuentro will consider the legitimacy a discipline that is responsible for the study and creation of a frame in which man develops his life. It is under the scrutiny of self-analysis that architecture paradoxically becomes, an inter or trans-discipline.

The 13th International Congress of Architects of Panama proposes that we should be able to find, in Architecture a field of accomplishment, expression and joy in today’s contemporary reality.

For more information on the conference visit: (re)Contextualizando