A new vision for Paysandú Waterfront

On the 14th of December, the masterplan was presented to the community and key stakeholders at the Casa Puerto facilities in Paysandú, to the academic community at the Faculty of Architecture of Montevideo, and given a private audience with the President of Uruguay, Luis Lacalle Pou. West 8 has been working as landscape architects within the project, led by OMA New York, to develop a pioneering vision for the city of Paysandú, Uruguay.

In attendance was Jason Long, partner of OMA along with Shary Tawil (OMA), Daniel Vasini (West 8), Lucía Bocchimuzzi (MIC HUB) and Jennifer Mahan (Thornton Tomasetti). After presenting at the faculty of architecture, Intendente Nicolás Olivera, Secretary General Fermín Farinha and the team members were received at The Executive Tower by Luis Lacalle Pou, President of Uruguay, to explain and share details of the project.

Stretching 10km across the Uruguay River, the masterplan coexists with the flooding condition, unlocks and envisions the future development as well as protecting and enhancing the natural environment. A pioneering vision, the pilot project creates an accessible, adaptable and transformative waterfront that is tailored to the needs of the city of Paysandú and a catalyser for the entire region. 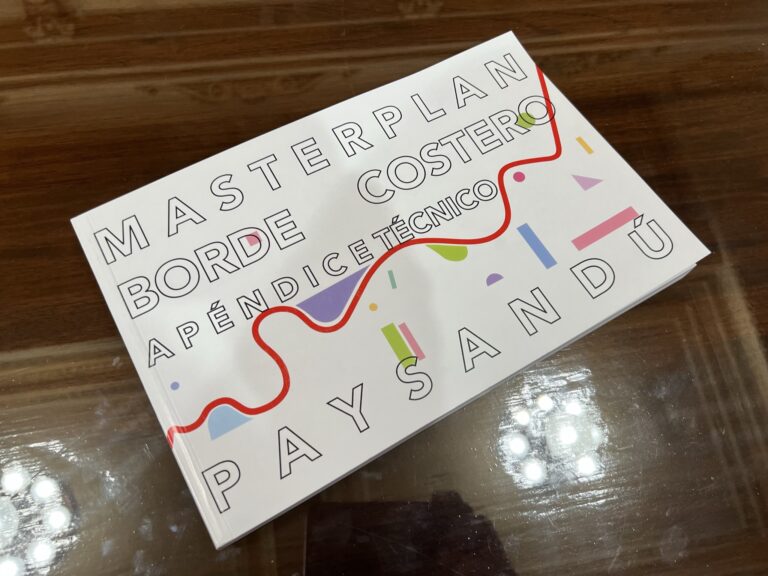 The full video of the presentation (in Spanish) is embedded below and online: See here

For information about the event, presented by The Paysandú Departmental Administration (in Spanish): See here.