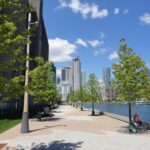 A new stretch of water’s edge promenade is now open along the Portland Slip next to the Canada Malting Silos. Like the Water’s Edge Promenade between Canada’s Sugar Beach and Sherbourne Common, the new Portland Slip promenade paved with red and grey granite forming a maple leaf mosaic pattern. A double row of maple trees offer shade and shelter for those strolling along – or sitting by – the water’s edge.

Designed by West 8 + DTAH, as part of the overall plan for the Central Waterfront, the water’s edge promenade helps connect Toronto’s waterfront parks and public spaces. The promenade, at the Portland Slip opens up access to Ireland Park, an often overlooked space at the foot of Eireann Quay.

Ireland Park honours the Irish immigrants who fled during the Famine of 1847 – and the 38,000 who arrived in Toronto. The park, which originally opened in 2007, includes a “wall of memories” in Irish blue limestone, a landscape of stone and plantings that blend from an Irish to a Canadian landscape, and five bronze sculptures by renowned Irish sculptor Rowan Gillespie.

The construction at the Portland Slip followed dockwall repairs which the City of Toronto completed in 2012. The City dockwall infrastructure work advanced the timeline for building the promenade in this area. The new promenade extends for 130m along the west side of the Portland Slip from the lake to the existing sidewalk just east of the Harbourfront Community Centre.

This project is part of the water’s edge promenade and boardwalk, one of the defining features of the Toronto Central Waterfront Masterplan. At the Portland Slip, the first phase of construction includes a 9.7m wide granite promenade featuring a two-toned red and grey maple leaf mosaic pattern. A double row of native maple trees line the promenade offering protection from winds and shade during the summer months. 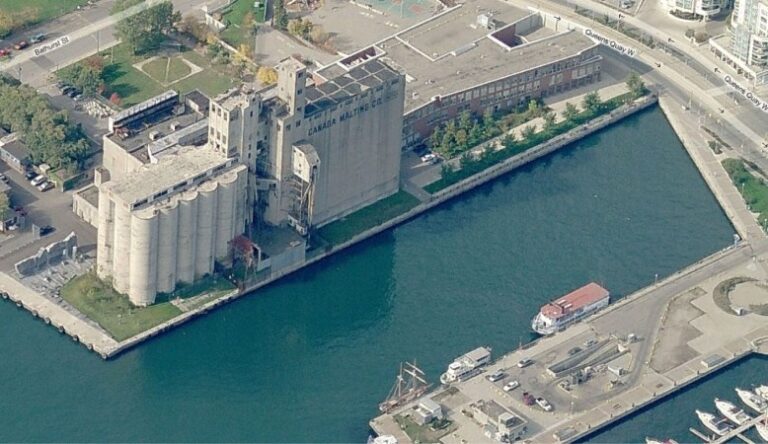 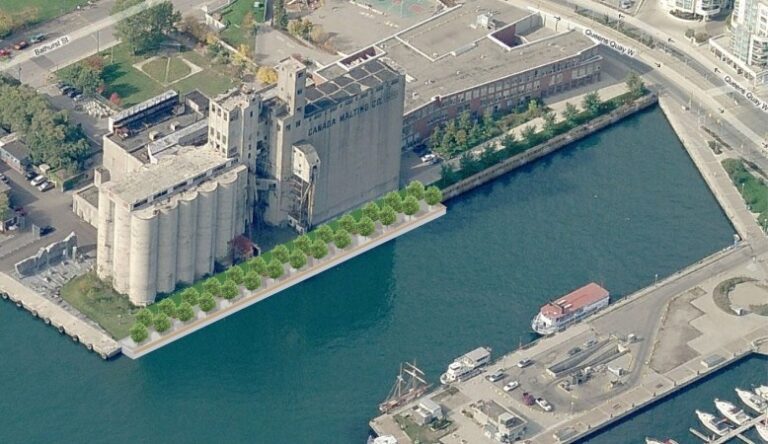 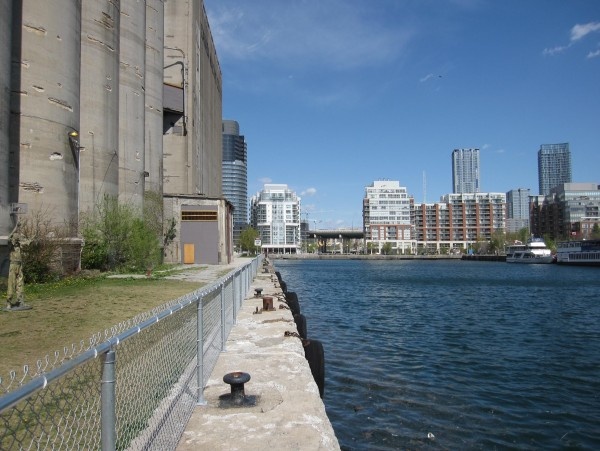 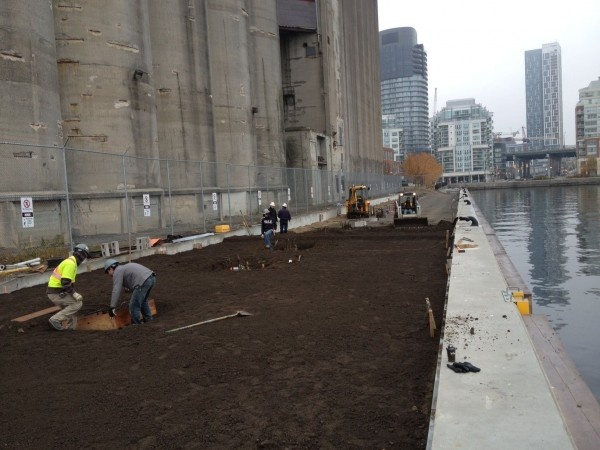 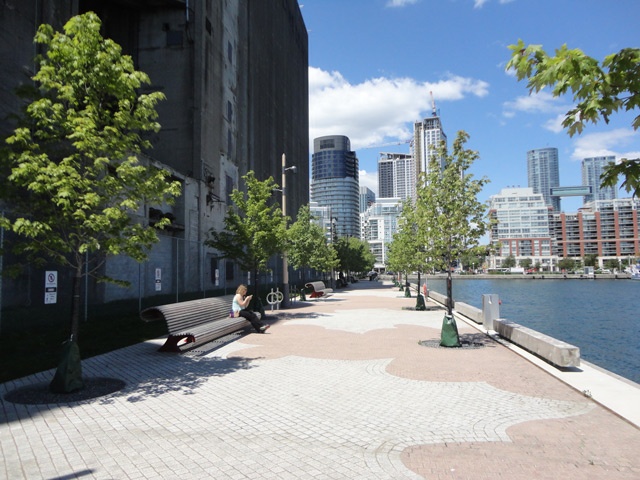 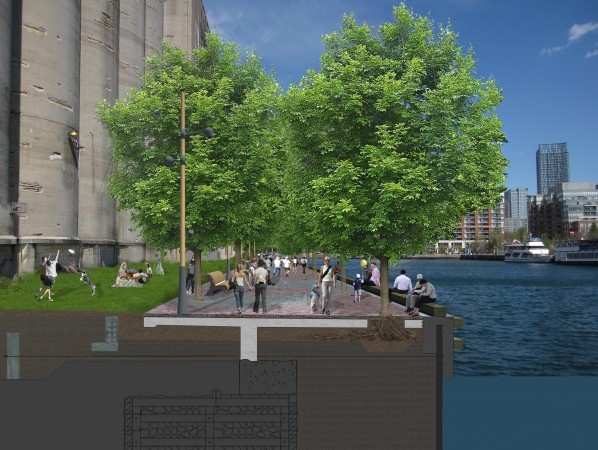