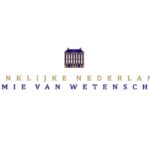 Until recently, the Netherlands did not have a Royal Society of Arts and Science, a fact lamented by a number of prominent Dutch artists. In 2014, with the assistance of Mr. Jet Bussemaker, the Dutch Minister of Education, Culture and Science, The Royal Netherlands Academy of Arts and Sciences (De Akademie van Kunsten) was created. On the 12th January 2015, this newly established Society announced Adriaan Geuze as one of its honorary members.

Upon its inauguration last year, nineteen members from a broad spectrum of internationally renowned Dutch artists, all with a well established reputation were selected to join the society. This year, these founding members have selected 16 new members to join the esteemed Dutch forum for the arts.

As one of the society’s newest members, Adriaan Geuze, together with West 8, is considered to have proven his contribution and influence to the profession of landscape architecture and urban design both nationally and internationally.

The Society of Arts intends to serve as a platform for Dutch artists in every artistic discipline, including literature, fine arts, design and architecture, music and performing arts. Artists are selected for membership based on their artistic merits, regardless of their discipline. Selected members are considered to have distinguished themselves artistically; are capable of connecting art, science and society; have the proven ability to inspire other artists and express a willingness to contribute to the new Society.

More details of the Society of Arts can be found here.

To read the original Press-release in Dutch click here, including the complete list of selected members for 2015.