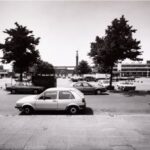 Stadionplein, a design by West 8 in collaboration with Municipality of Amsterdam Southern District, has converted the site of the Olympic Stadium in Amsterdam Zuid into a lively new city square for Amsterdam.

From the start, Stadionplein was laid out in 1928 as a parking and manifestation square for the Olympic Games. Most residents still know Stadionplein as the concrete parking lot or the Amsterdam departure point for foreign destinations by bus. Weekly market, fun fair, and occasional events such as the Marathon of Amsterdam also took place here. Although practical, it has never been treated as an real address. West 8’s design for revitalising the Stadionplein intends to end the use of this place as backdoor parking area for the stadium.

After a period of diversions and consultation activities, the design was finalised in 2015 with which the construction of the project could kick-off. It has taken two years before the substantial parts of the design were delivered in late 2017. To date, the square is approaching to its completion. With the improvement of traffic circulation, the Stadionplein is now directly connected to the Van Tuyll van Serooskerkenweg. A lot of greenery has been added to give it a soft neighborhood character. The viewline towards the Olympic Stadium has been successfully retained. In this way, the metropolitan character is emphasized.

In March this year, the work of art with water elements will be placed as the final piece, acting as the new connection between the square and the park. With its new human scale urban design with choices of materialisation that cherishes also a Amsterdam School architectural character, Stadionplein is now being successfully converted into a urban square where both local Amsterdammers and visitors will want to stay, to recreate; an outdoor living room where an inclusive neighbourhood will have chance to emerge.

To celebrate this critical transformation, Municipality of Amsterdam has also recently announced to rename the Stadionplein. It will be called ‘Johan Cruijffplein‘, dedicating to the historical connection of famous football player, a national hero, Johan Cruijff. Here at the adjacent Olympic Stadium, he won the World Cup with Ajax in 1972. More information regarding the official ceremony will be announced by the Municipality in the coming months.

More detail about the development of the project can be found also here. 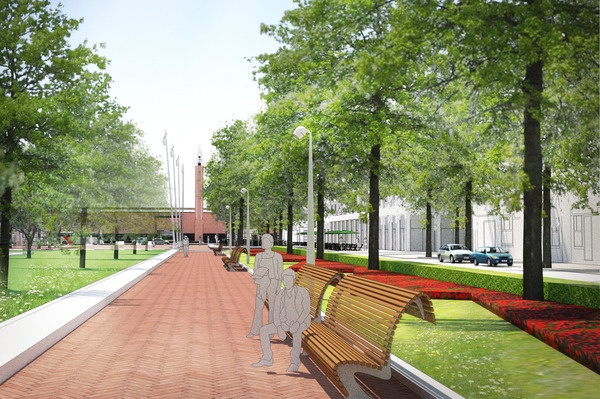 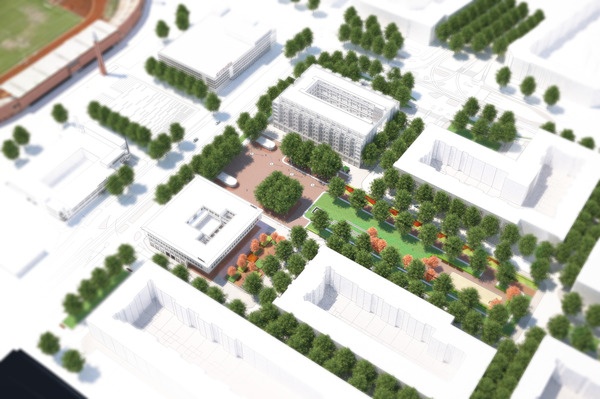 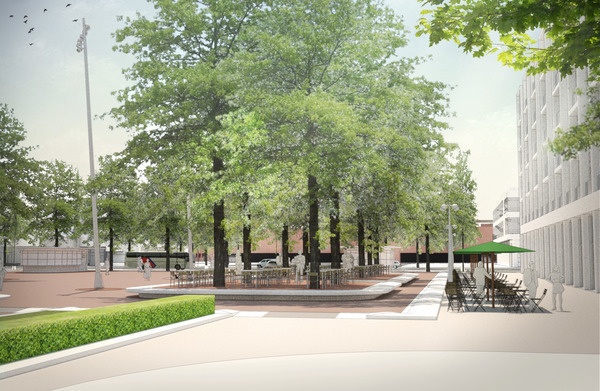 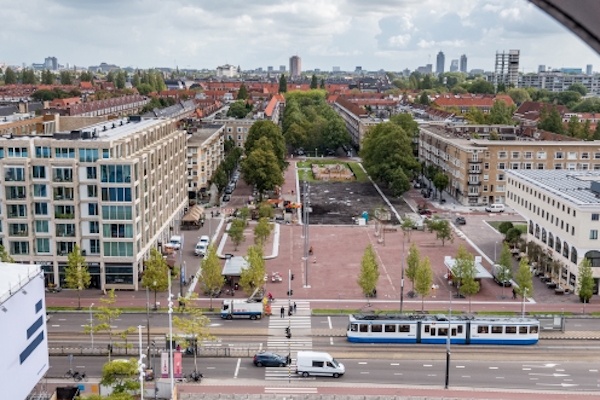