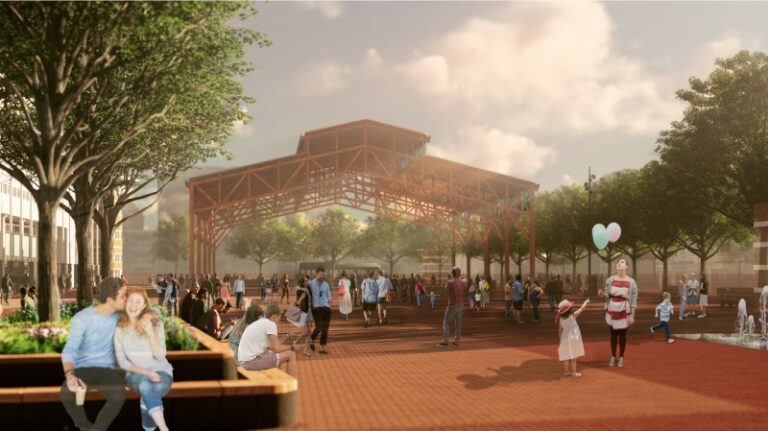 With the design for an iconic market hall, West 8 has won the public vote for a new Market Square in the Dutch city of Apeldoorn. This was announced on the 20th of December in Apeldoorn by Alderman Mark Sandmann.

West 8’s redesign transforms the large square into a more intimate, green and pleasant plaza. Part of the redesign is a large wooden canopy that allows for a plethora of programming opportunities throughout the year.

The market hall is positioned on the east side of the square and can serve as a partial covering of the market, fairground or other events such as concerts. The  colored glass on the sides create special light effects during both day and night.

By using two tones of pavement, seven large surfaces are created that bring a more human scale to the square. Café terraces are envisaged on the south side of the square. Beneath the existing plane trees, comfortable wooden benches offer views in different directions. By streamlining the surrounding traffic routes, the whole area will profit from increased connectivity.

New trees are added on the east side of the square. Other aspects of the design include an interactive fountain that allows for safe play. Furthermore a seating block will be added, constructed around a large planter for three oak trees.

Alderman Mark Sandmann: “Apeldoorn has voted for the Markthal. I enjoyed a great election week and am already looking forward to the realization of this beautiful Market Square. Considering the number of votes I can certainly say that the new design for our square is widely supported.” 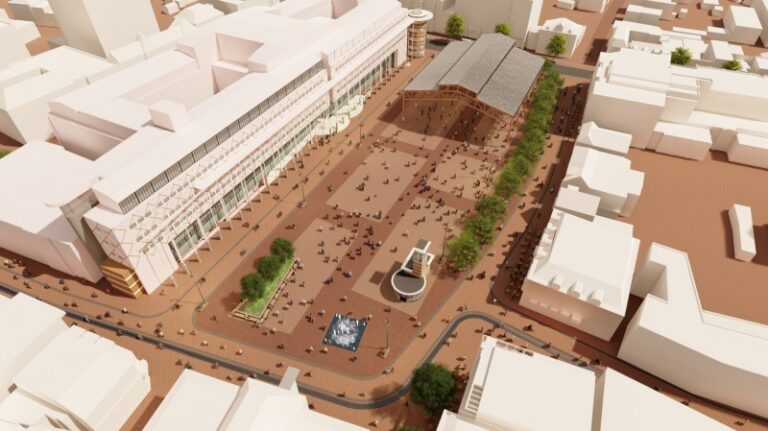 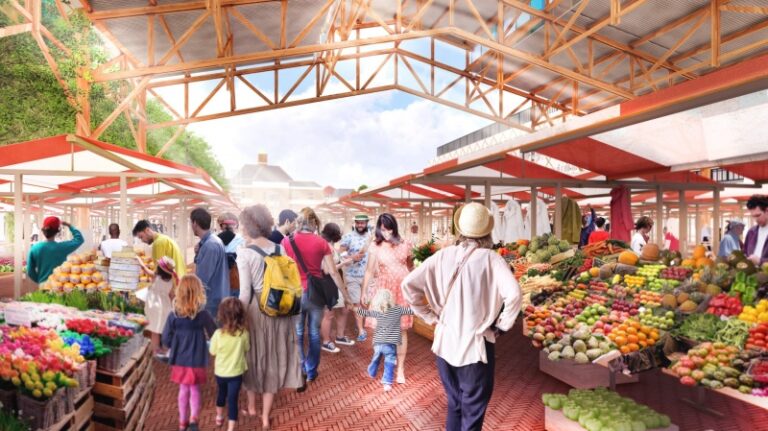 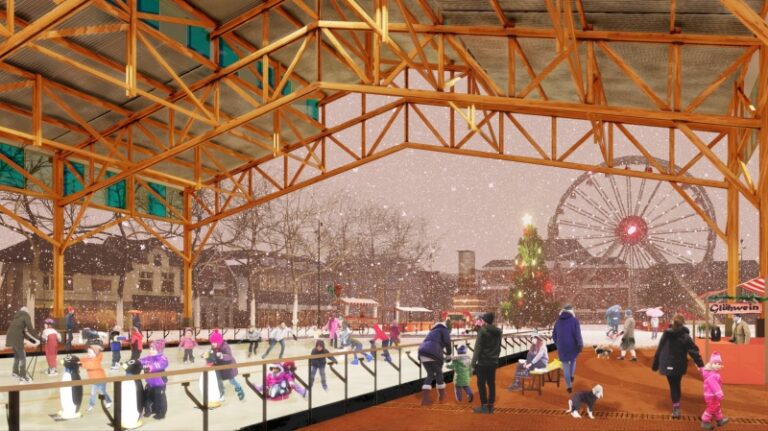 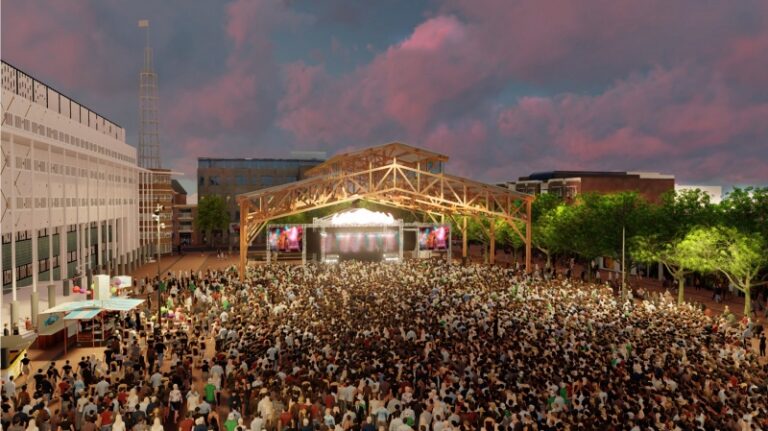 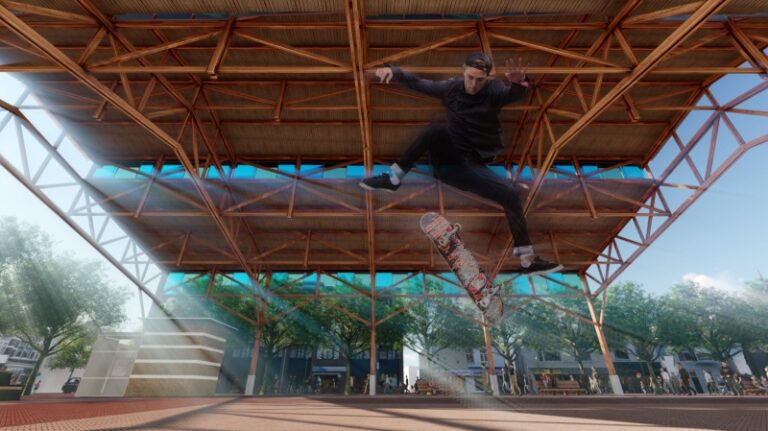 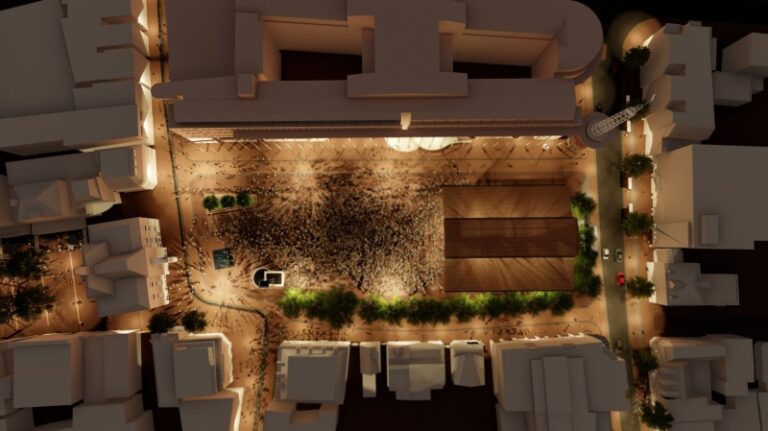 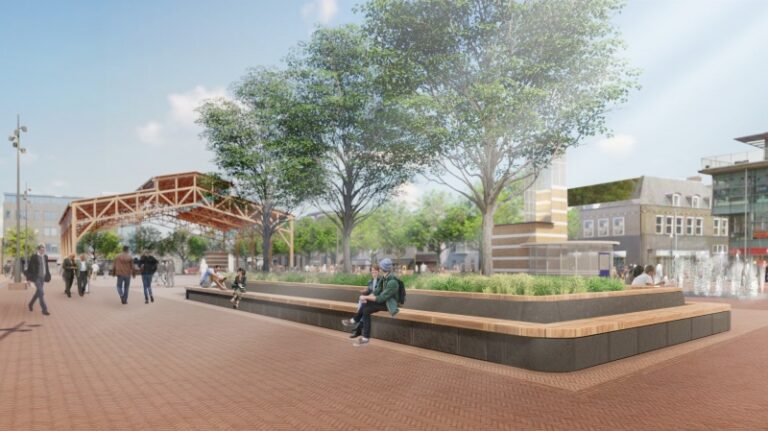 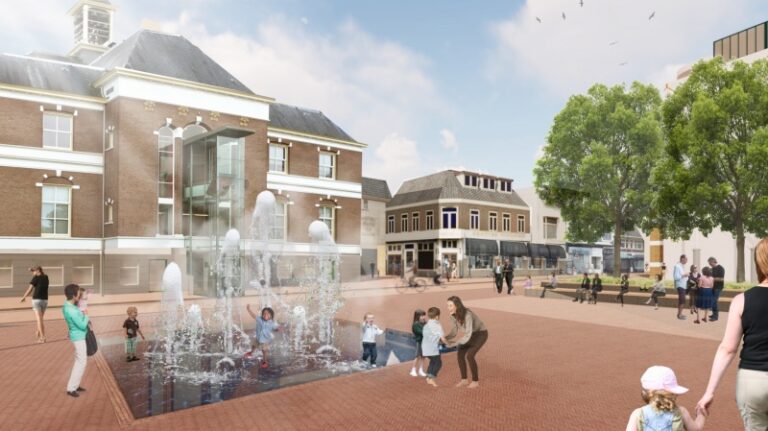