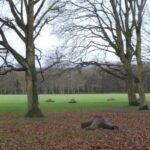 On the 28th January the lights inside the restored and relocated ‘stobben’ artwork designed by Adriaan Geuze were switched back on by Mr. R. van der Lugt.

The ‘stobben’ or tree stump artwork was originally located in a square near the Sloterdijk railway station in Amsterdam’s Carrascoplein. Commissioned by Municipality of Amsterdam in 2004, West 8 designed this art installation and landscape element to form part of lighting design for the landscape project, Carrascoplein. The tree trunks functioned as light sculptures; and in the evening, the trunk’s tree rings were projected against the bottom of the pillars of the railway viaducts.

In 2006, the site was designated as bus and tram station and these illumination artworks were moved away and stored in the city’s artwork archives. Now, these landscape elements have finally found a new home in the art-route of Amsterdam, where they will add light and interest to the characteristically dark and atmospheric Dutch forest.

The former director of the Groninger Museum and former cultural attaché for the Dutch government in the United States, Mr Van der Lugt was the key person responsible for relocating the ‘stobben’ with the assistance of the staff of Amsterdamse Bos (Amsterdam Forest). The lighting installation now officially belongs to the art-route of the Open Air Theater at the Amsterdamse Bos. 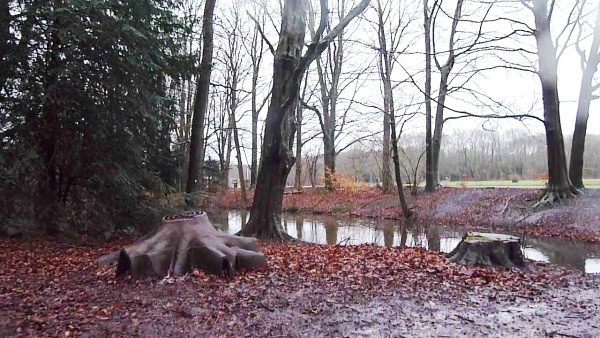 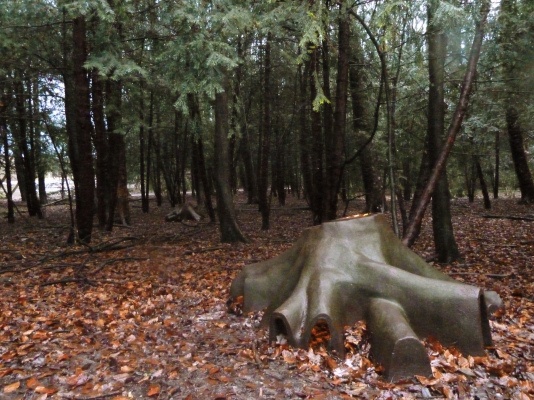 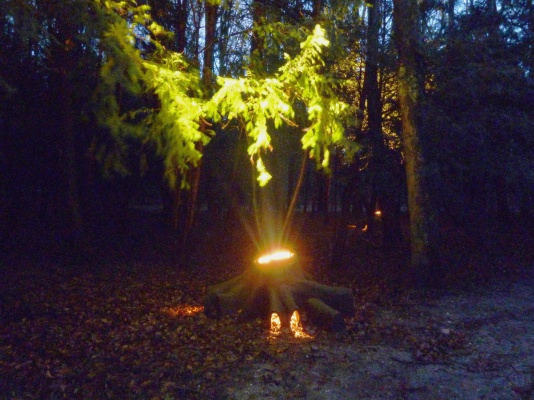 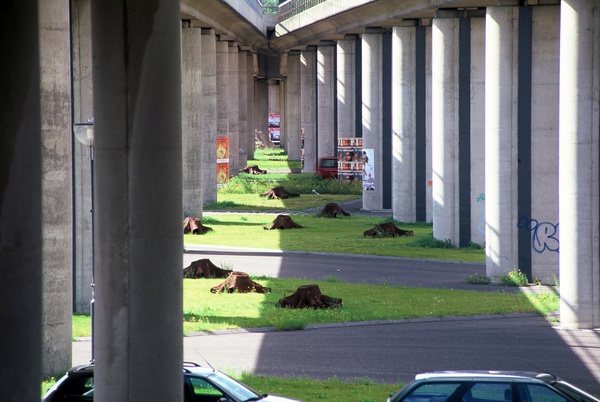 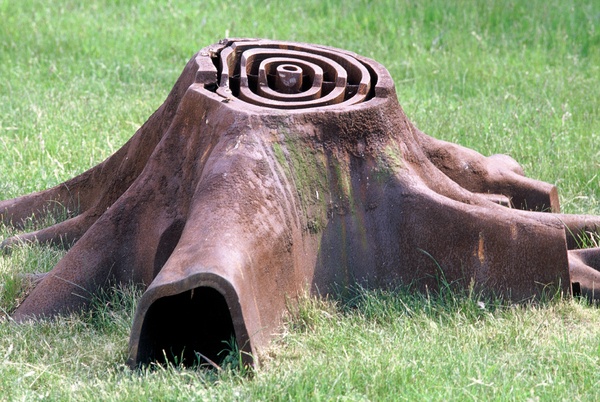 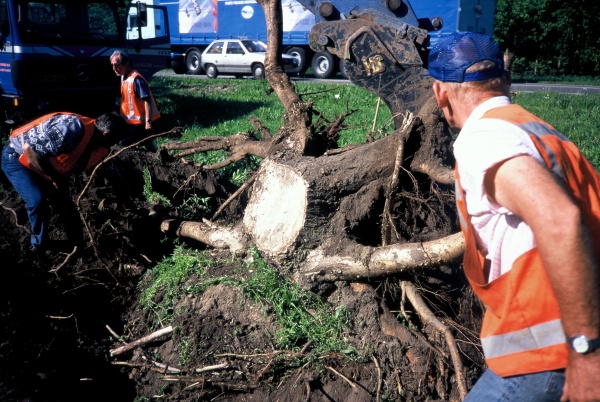 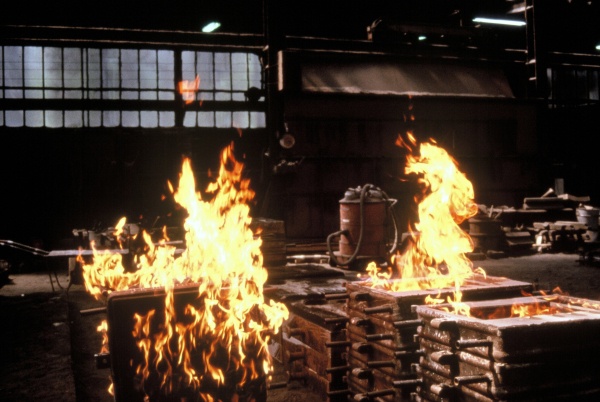