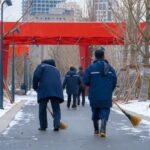 Completion of Xinhua Waterfront Park greeted by snow in Shanghai

Huangpu Waterfront Revitalization Masterplan, is a project initiated by the Shanghai Municipal Government started since 2002. It has an ambition of a total transformation of 45 km of waterfront along the Huangpu River of Shanghai. It was once nicknamed “mission impossible” according to many. From 2016, priorities of the project were given to the connectivity between the vitality of the Shanghai city and the 27 kilometers of Huangpu River East Bund and a continuous, publicly accessible waterfront with ecology, sustainability, and creation of consistency for a legible image of contemporary City of Shanghai.

Commissioned by Shanghai Shenjiang Liang’an Development Construction Investment Group, West 8, in collaboration with the Tongji University, has been lead designer of the 16 kilometers park design of the Xinhua Waterfront Park within the greater Huangpu Waterfront Revitalization project. Design process was started in 2016, construction was kicked off during the second season of 2017.

Within 6 months of time, the realization of this Xinhua Waterfront Park, a cultural corridor section with the total area of ​​17 hectares urban open public space, is finally open to the public on 31st December 2017. Since then, citizens and visitors of Shanghai City can enjoy this ‘urban cultural living room’ day and night, and in all seasons. It was also the first section to be completed within the masterplan.

The weather of Shanghai has surprised many at the beginning of this year, an erratic snowfall in Shanghai has given some extra shiny color to our yet to mature newly constructed urban park, literally very much reflecting our design motto: ‘simple yet beautiful, relaxed and romantic‘. These photo taken during last week of Janurary show a glimpse of how it can become when weather turns better later in spring, where old and young together can all come and enjoy this slow-living and inclusive space in Shanghai, jogging or biking, while looking over the stunning skyline of Shanghai Huangpu. 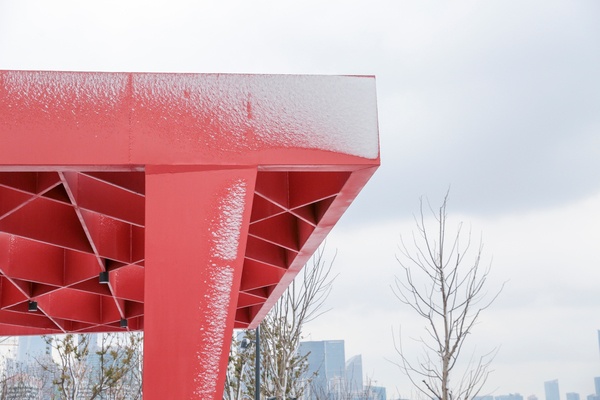 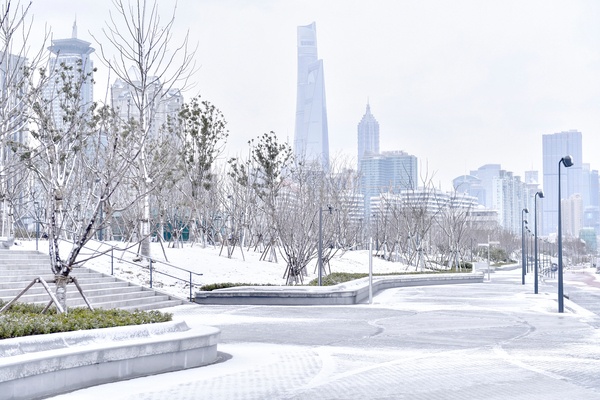 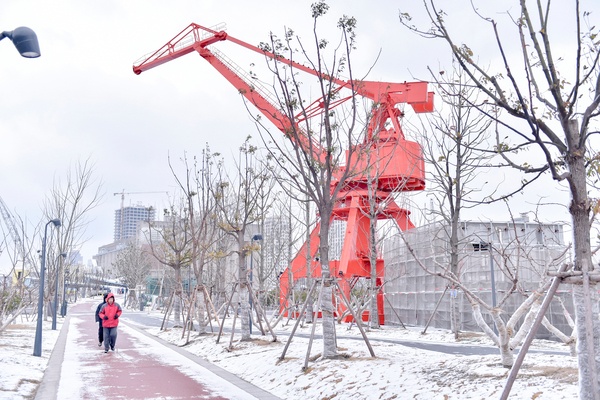 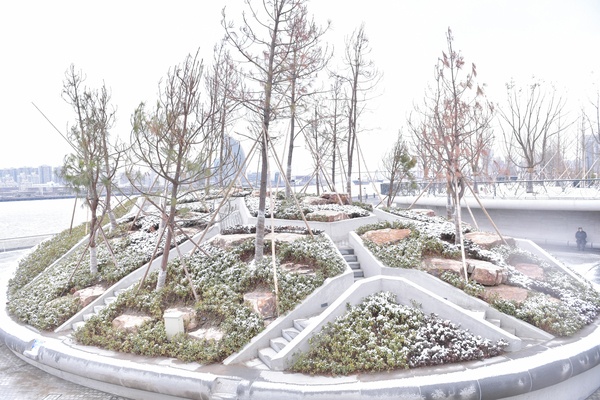 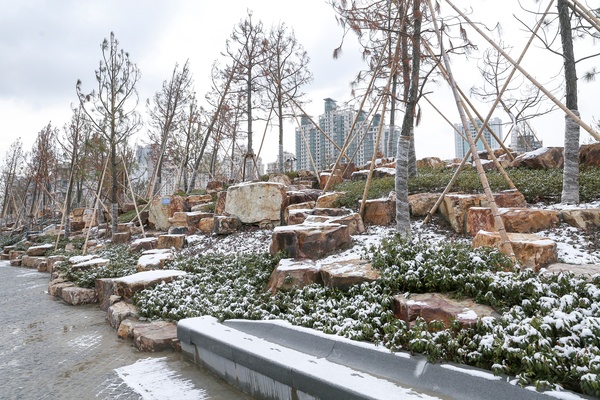 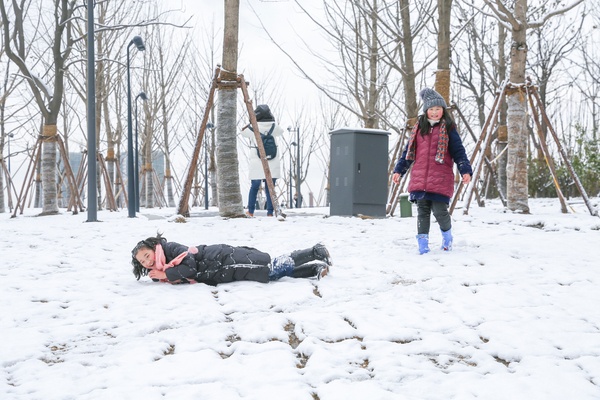 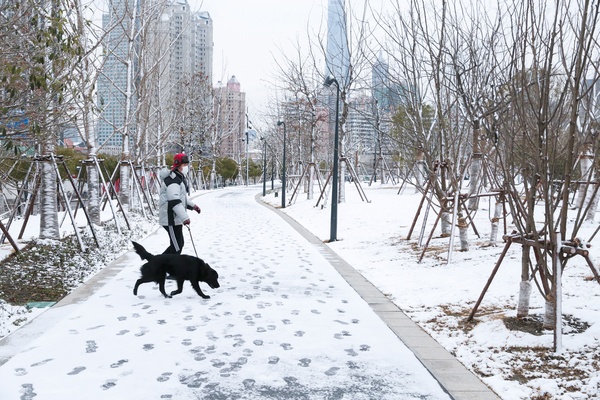 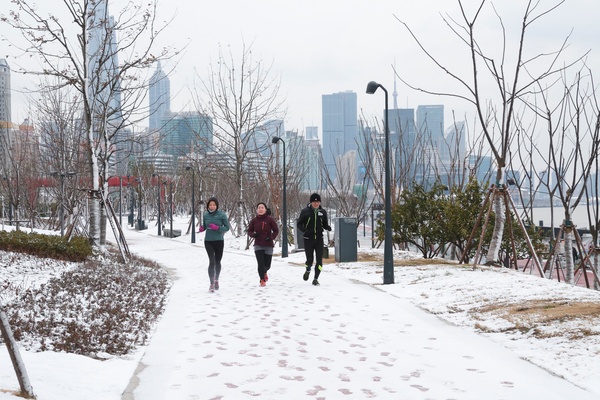