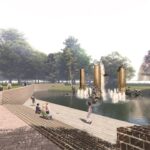 In late September redevelopment works on Bruges’’t Zand, designed by West 8, commenced. The ground breaking was also accompanied by a new proposal for the relocation of the iconic fountain, which has been in the center of ‘t Zand since 1986.

The new plan is to incorporate the fountain in the Kapucijnenrei in Albert I Park, on the side of the Oostmeers and just behind the restaurant ‘T Bagientje. “As part of the upgrade of the park, the fountain will help create a more attractive gateway to the city,” said Mayor Renaat Landuyt (SP.A).

The new location for the fountain, created by sculptor couple Stefaan Depuydt and Livia Canestraro, will successfully achieve three objectives, explains Mayor Renaat Landuyt. “The Kapucijnenrei will become a lot more open to the public, King Albert I Park will be reinvigorated, and the operation costs of the fountain will be lower.”

From a design perspective the fountain will also resolve the messy entrance to the park from the station and will create a pleasant park ambience with the fountain as an eye-catcher. It will also strengthen West 8’s master plan vision, by further unifying ‘t Zand and Albert I Park.

The new location for the artwork has also been approved by the Flemish government. In 2017 the fountain will be removed from ’t Zand. Thereafter, the four statues will be taken in for polishing and will reappear at their new location at the end of 2017. Meanwhile construction work will continue on ‘t Zand, which is scheduled for completion in mid-2018. 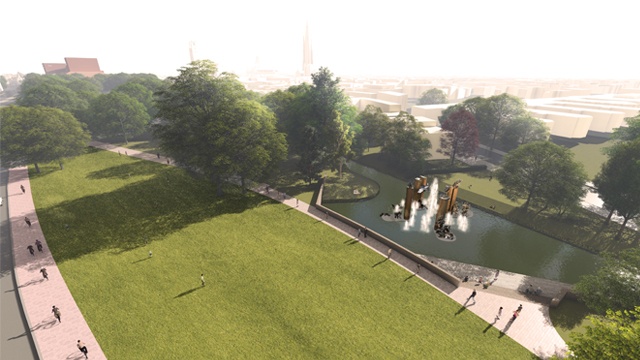 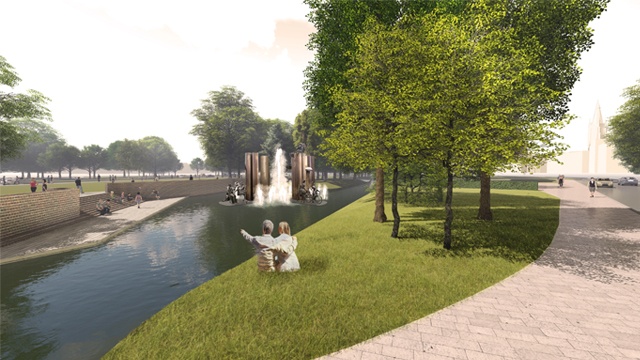