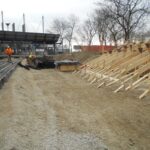 The Jack Layton Ferry Terminal is a crucial connection point to the islands across the Toronto bay. The parks on the surrounding islands make them a cherished destination for both tourists and locals amounting to 1.3 million visitors yearly. The master plan for the new ferry terminal and the Harbour Square Park, by the partnership of West 8, KPMB Architects, and Greenberg Consultants, intends to merge them into one special place, thus creating a welcoming island gateway for all its visitors.

Currently, the Harbour Landing project is in phase 1A during which the promenade, guarded by two rows of maple trees is created. The groundbreaking took place in October. Throughout January and February, Construction Crews were focused on sub-surface infrastructure and electrical work. Significant progress has been made on site removals. The construction crews are following a phased approach, focusing on completion of the southern part of the promenade before shifting their focus north towards Queens Quay. Soil cells have been installed, starting at the southern end of the pathway. They will provide a protected area under the paved walkway in order to promote the growth of healthy trees.

During this month, site excavations and removals on the end of the promenade and sub-surface infrastructure will be completed, along with foundations for the light poles, which are a custom design by West 8. The locations for 16 trees lining the promenade will be prepared, too. Granite pavers arrive at site soon and the granite mosaic paving will begin. The concrete stairs leading from the main promenade to the Jack Layton Memorial Statue are in construction and are supposed to be completed by mid-March. The completion of the main walkway is expected for May; just in time for the season opening. The remaining six construction phases will be initiated as funding becomes available. Each phase covers one area of the master plan. 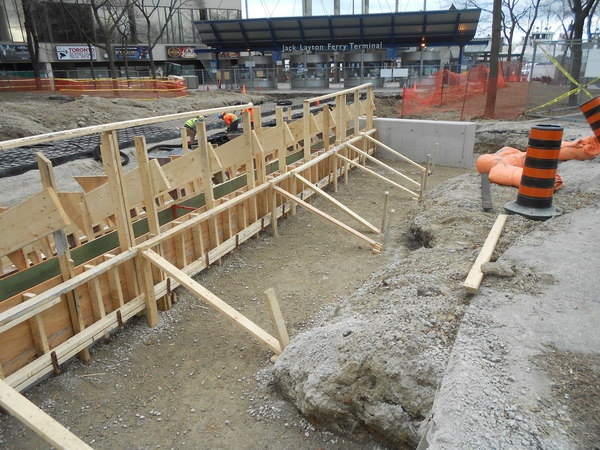 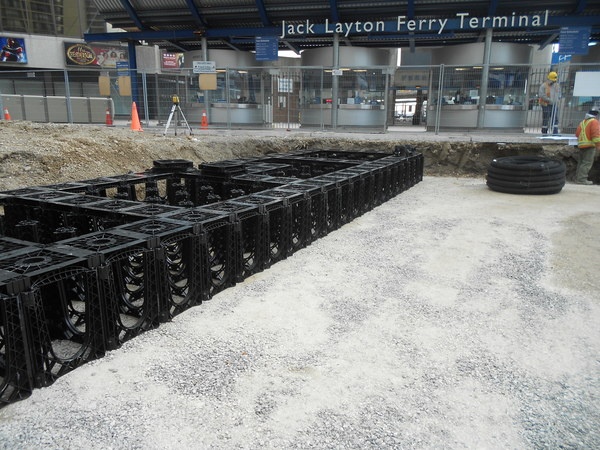 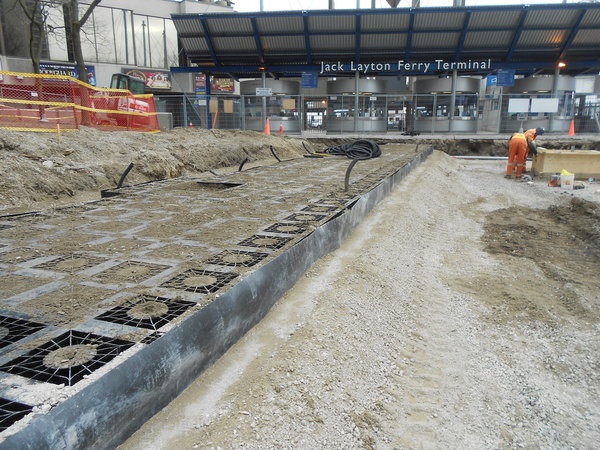 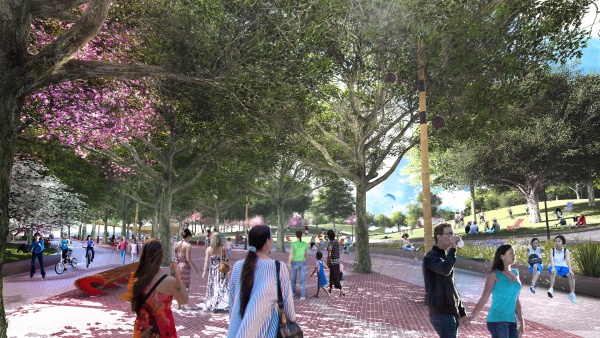