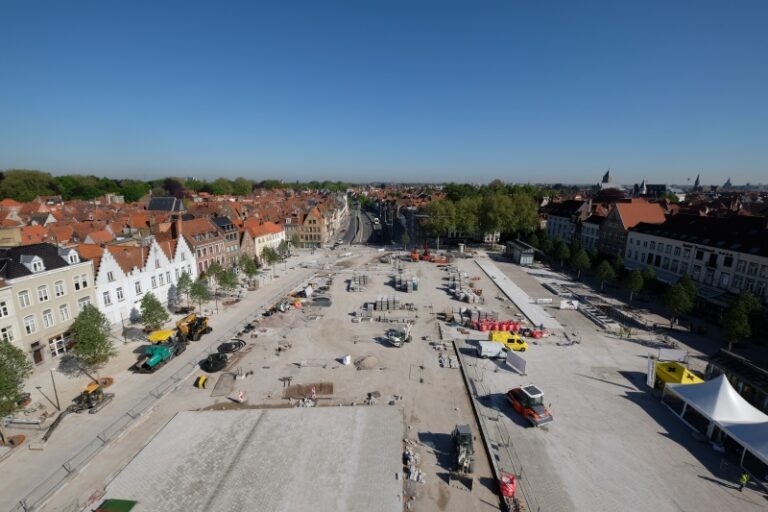 On Sunday the 6th of May, the construction site of ‘t Zand in Bruges was temporarily opened to the public, providing a glimpse of the development of the square. The construction company invited visitors to get an aerial view of the site by means of a crane-lifted platform. 1000 people used the opportunity to see ‘t Zand from an unusual perspective.

The square is an integral part of Bruges infrastructure and the inhabitants of the city are eagerly awaiting the completion. ‘T  Zand is at 8.500 m² the largest public square in the historic UNESCO city Bruges and an important link in the local network of plazas and marketplaces. Once completed, it will be Bruges main event plaza and again be tightly connected with the celebrated urban fabric of the city.

West 8, Snoek & Partners and Atelier Roland-Jéol won the design competition for the redesign of ‘t Zand in 2015. The team’s design fulfilled the city’s brief for a beautiful, bright and functional square that fits into the historical context of the city and simultaneously embraces the future by introducing a fresh and contemporary look. The redesign includes changes to the circulation of vehicular traffic as well as improvements of accessibility for pedestrians and cyclists. Even some play elements are included.

The existing linden trees on the square were suffering from poor soil quality and needed to be replaced. Next to the replaced trees, 37 new trees were added to the location, amounting to 105 low-maintenance lindens in total. The newly-planted, 22 year old trees will become a defining feature of the new square. By using so-called tree bunkers, they are given enough space to develop and flourish. Some of the trees are incorporated into tree benches, spacious islands of seating that invite passers by to rest.

With the creation of a more intimate relationship to the water in mind, West 8’s design also includes two sets of stairs leading down to the water of the Kapucijnenrei canal. The layout of linden trees allows the square to tie into the canal and the adjacent King Albert I Park. The latter will be the new home of the fountain that was previously the center piece of the square.

Most sub-surface work is now complete and construction of the pavement is underway. By September 2018, the square is expected to be ready for its opening. 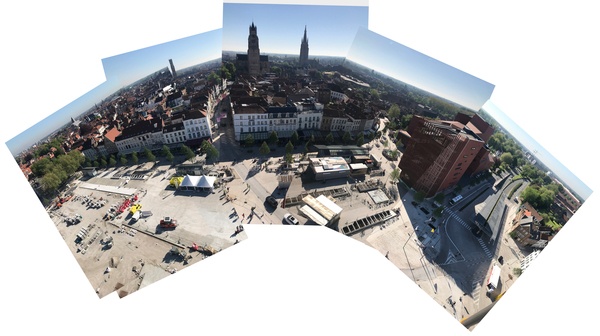 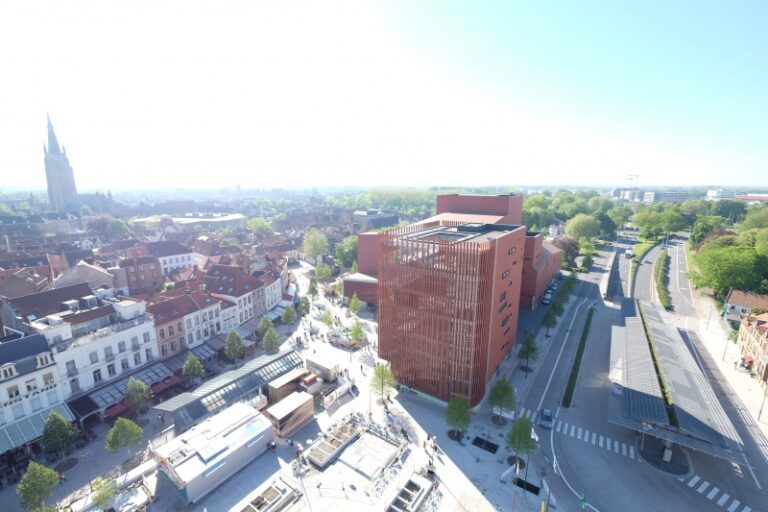 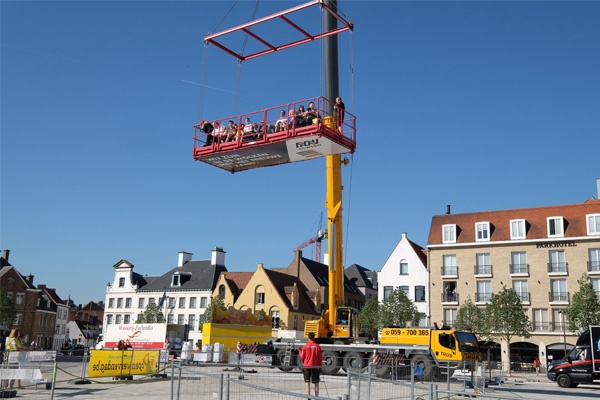 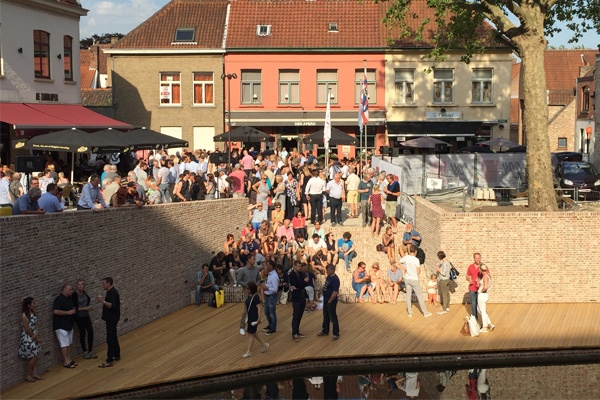 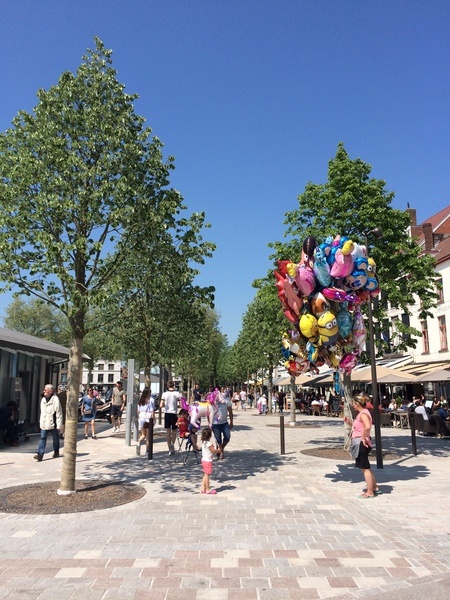 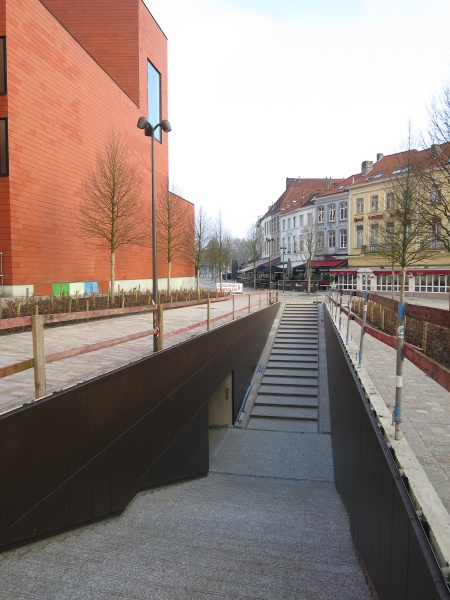