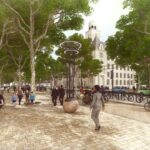 Coolsingel, A Boulevard for all Rotterdammers

On the 15th of December, the Rotterdam City Council has approved West 8’s design for a revitalization of Coolsingel and established the budget of € 58.1 million for the execution. Building is planned to start in April 2017.

Adriaan Geuze: ‘Coolsingel reflects the essence of Rotterdam. It is THE promenade of the city. A place for shoppers, cyclists, car drivers, partygoers, tourists and entrepreneurs.  Coolsingel will become once again the pride of all Rotterdammers. A wide, green and beautifully designed city boulevard where stunning buildings, street paving and new ornaments create a monumental allure. The new Coolsingel connects the Hofplein with the Leuvehaven and links the Meent with the Witte de Withstraat. It will become a lively street where you can stroll, shop, commemorate, and visit events, indulging yourself in atmosphere and beauty. As the vibrant core of the city, Coolsingel will evolve into an attractive and busy lifeline of Rotterdam.’

The spacious new green boulevard and its refined design invites people to relax, to interact and to enjoy their surroundings. It covers the area between the Hofplein and Witte de With Street. The plan reduces traffic along the upgraded urban boulevard and gives more space to pedestrians and cyclists. The west side of the street (next to Lijnbaan) is envisaged as a generous pedestrian and cycling promenade, creating more space for slow traffic. Vehicular traffic will be rerouted along on the east side of the street, adjacent to the City Hall, while the tram will remain in its current location.

To make sure the design meets the needs of users, the Municipality has undertaken an extensive outreach with Rotterdam’s citizens, business owners, residents, property managers and stakeholders. Using mediums like public meetings, the press, and social media, the plans for Coolsingel have been openly explained and discussed. The feedback gathered has been integral to the ongoing assessment and development of the plan.

Considering the overall improvements and refurbishments of downtown Rotterdam in the past years, Coolsingel has been called “the missing link”. Alderman Adriaan Visser (Downtown and Finance): ‘In close cooperation with all stakeholders, we have spent the past half year to achive this final design. After this major refurbishment, the renewed Coolsingel will make our Rotterdam more attractive and inviting that visitors will stay longer, which in turn will create all kinds of economic spin-off.’

West 8 has been working on the revitalization of Coolsingel ever since winning the competition in 2014. Construction work is astimated to begin in April 2017.

More news and information can be found on the official website of ‘De Coolsingel‘. 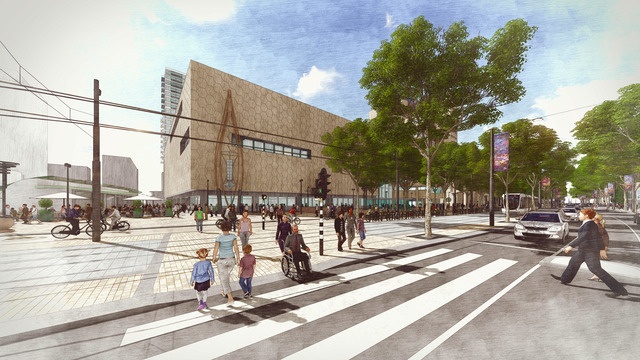 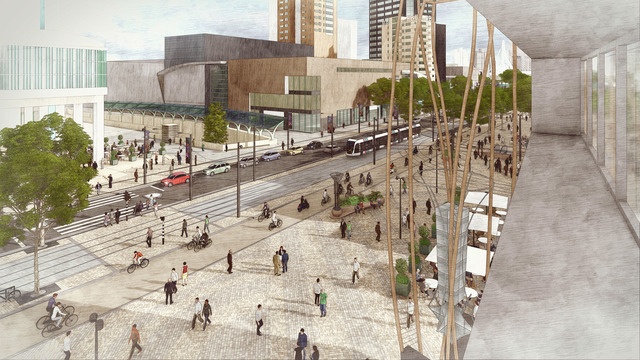 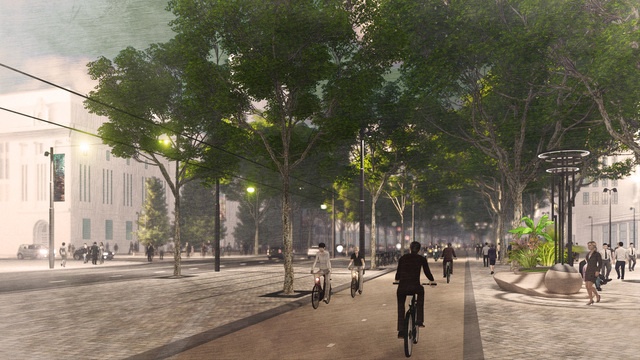