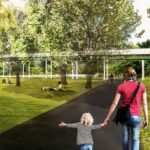 Development of the Noorderpark Bridges is in full swing

In its competition winning entry in 2003, West 8 proposed to link three separate parks, which were separated from each other by a main road & railway, and a wide canal.  The purpose is to form a cohesive green zone in Amsterdam-North: the Noorderpark.  This new central park will serve as a leisure and meeting place for residents of Amsterdam at large.  The track that will loop through the three parts, includes two viaducts across the road and two new bridges across the Noordhollandsch Kanaal.

After winning the design competition, West 8 has realized the refurbishment of the Volewijk Oost part of the Park.  This included a large section of park, a shallow pool area, a gate structure, two viaducts across the main road & rail line and an additional bicycle route, also crossing the road.  In 2015 the Noorderparkbad (award winning public swimming pool by de Architekten Cie.) in the Flora Park side of the Noorderpark was completed, and West 8 is currently progressing the implementation of a large new section of the park and constructing a bridge across the canal.  This Noorderbrug (the northern of two new bridges) will for the first time connect all three park parts and significantly improve the east-west pedestrian & cyclist connectivity in Northern Amsterdam.  The new track will link the Yellow Pump, the Roze Tanker and the Noorderparkkamer buildings, which historically were each in different sections of the park.

The preparatory early work for the northern bridge started in October 2015 and because of challenging soil conditions, construction activities have been performed in phases.   The bridge fabrication works commenced in October 2016.  In March of this year the 30m long pile-footings were placed and the bearing structure was prepared.  The bridge piers, the bridge sections, in total 150m long, and the main 22m span will be sailed in from Friesland, which is in the north of the country.  Once they arrive in the last week of July of this year, the parts will be hoisted into place and assembled with cranes from barges in the canal. Once in place the surrounding soft landscape works will be completed swiftly.  The construction of the proposed main icon of the park, the southern bridge, is currently being planned. 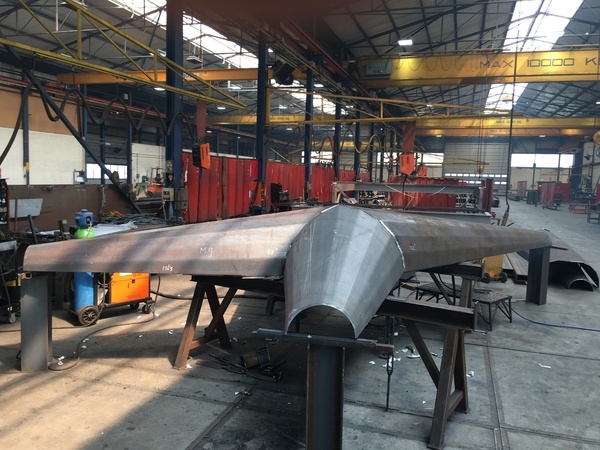 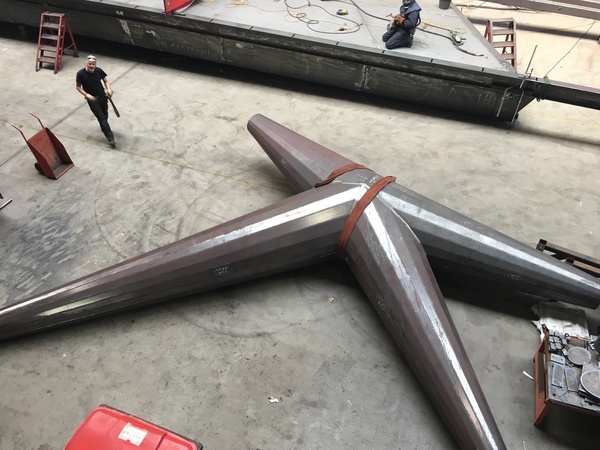