This weekend our new climbing structure along the Groene Loper in Maastricht was revealed. Kids were finally allowed to climb their new ‘Klimrex’, modeled after the skeleton of a Mosasaurus.

The play area is situated along West 8’s recently opened Groene Loper: a green public space spanning a length of 2,3 kilometers (1,42 miles), built on top of a new motorway tunnel. The play area had been a part of the original plans; but due to a lack of funds, its realization seemed impossible. The local community, who was very fond of the idea, raised additional money to build the Klimrex.

The design of Klimrex was directly inspired by local history. The Mosasaurus is an underwater dinosaur species from the Cretaceous period that was first discovered in the 18th century in the area around Maastricht.

Klimrex’ climbing frame is made of steel, ropes, and wood and is 26,3 meters long and 2,85 meters high.

A previous example of a West 8 playground based on a project site’s history is the Petr and Pavel Ship in St Petersburg, which opened in 2015. Both elements were designed together with and manufactured by German playground expert Richter Spielgeräte GmbH. 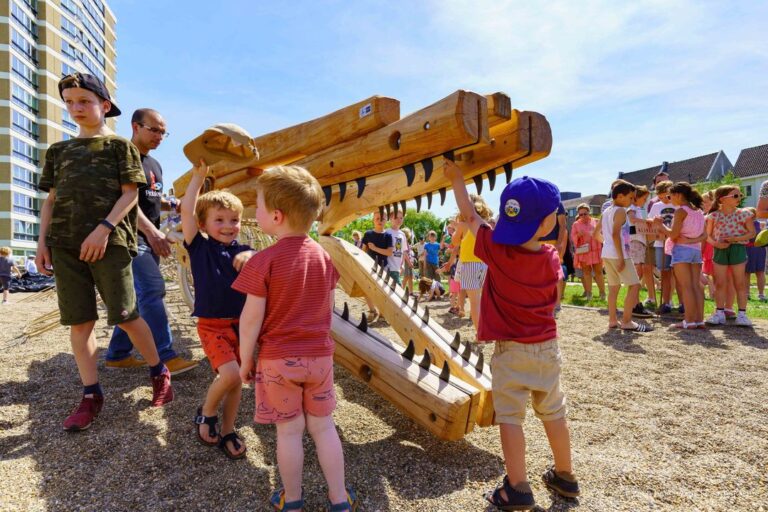