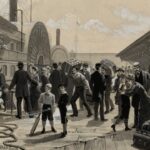 Through art, architecture, design and media, Dreaming Big tells the story of Toronto’s waterfront. The history of passionate discussions and debates – of competing visions and proposals – and offers an inspiring glimpse into the future of Toronto’s love affair with the water’s edge.

Over the course of two centuries, there have been many visions created Toronto’s water’s edge. In all of them, and certainly in those that have come to fruition, there is a constant interplay between industry and leisure. West 8 + DTAH’s new design for Queens Quay restores and reinvigorates the waterfront’s history of being a busy, bustling place for people. A widened pedestrian promenade, boardwalks and “wavedecks” create places for people to explore, to sit and talk, to play.

While other proposals featured in the exhibiton were never realized, the ideas and the public debate they stirred linger in today’s discussions. At the core of this exhibition is the notion that several ideas emerge again and again – ideas and principles that demonstrate the collective passion for this socially, culturally and economically vital place. The waterfront always has been and ever will be Toronto’s greatest asset. And that is why we should never fail to dream big. 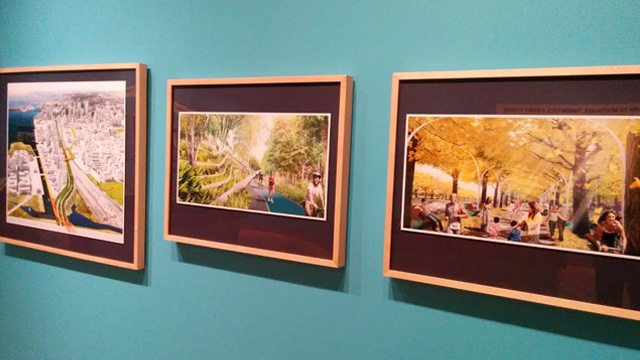 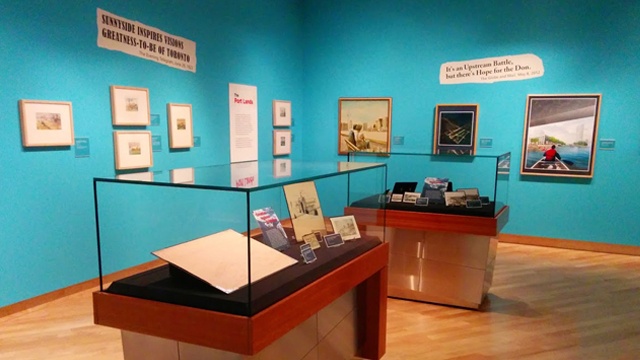 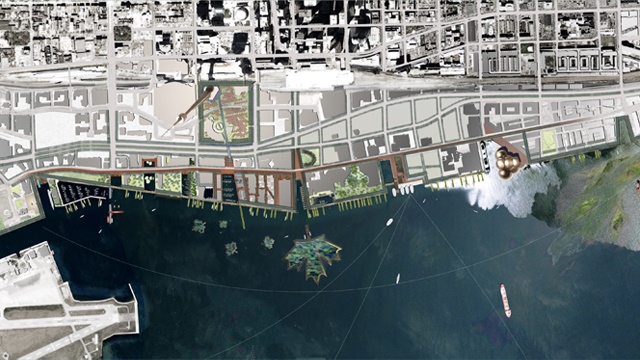