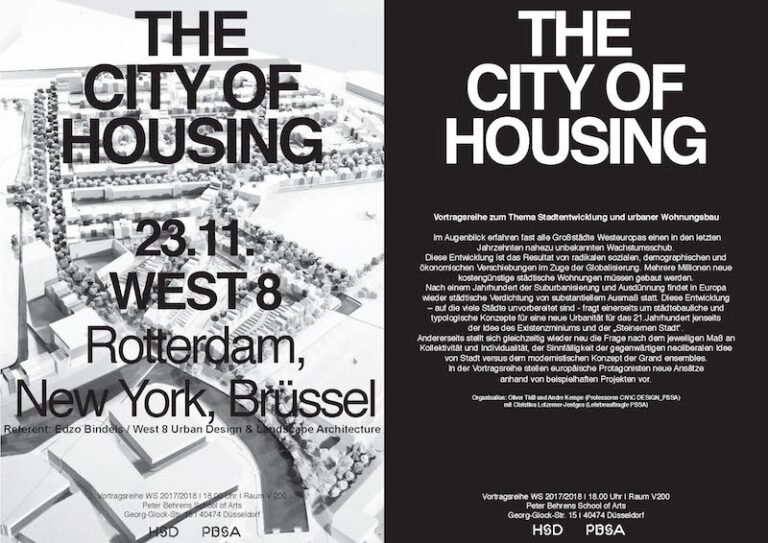 Edzo Bindels presents at lecture series THE CITY OF HOUSING

Students of the studio “Civic Design”, Dusseldorf University of Applied Sciences, under the direction of the professors André Kempe and Oliver Thill deal with urban planning and architectural strategies for the realization of approx. 100,000 new apartments for Cologne.

Almost all major cities of Western Europe are experiencing a speedy growth in recent decades. This development is the result of radical social, demographic and economic shifts in the course of globalization. Several millions new cost-efficient urban homes have to be built. Yet, after a century of suburbanization and thinning, Europe is at the stage of urban consolidation. This development – to which many cities are unprepared – questions urban and typological concepts for a new urbanity for the 21st century.

More information of the lecture series can be found here.