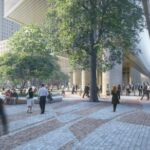 Members of Lambeth Borough Council’s planning committee have voted unanimously to approve the plans for Elizabeth House project in central London, which will create over 8,500 jobs in Lambeth and provide modern office floor plates to attract major occupiers back to Waterloo, pumping £60 million into the local economy each year

The plans have been prepared by David Chipperfield Architects, who were appointed following a design competition in August 2010, working with West 8 on landscape design.

The design proposal represents the integration of three concepts – fitting into the townscape of the South Bank; a new face for Waterloo station; and a series of public realm spaces that reconnect previously disparate areas at the heart of Waterloo. They take the form of two new buildings, separated by a large public square which forms part of 10,000 square metres (108,000 square feet) of new public realm running the length of the site:

A spokesperson for Elizabeth House said:
“It will also transform the public spaces around Waterloo Station, of benefit to the 95 million people who use the station each year, and enable major improvements to be delivered within the station itself.”

The Elizabeth House site sits between the UK’s busiest railway station and Europe’s largest cultural quarter at the South Bank including the Royal Festival Hall, Hayward Gallery, British Film Institute, and the National Theatre. Elizabeth House will be the first major commercial development in Waterloo and Lambeth’s biggest office investment in 40 years. 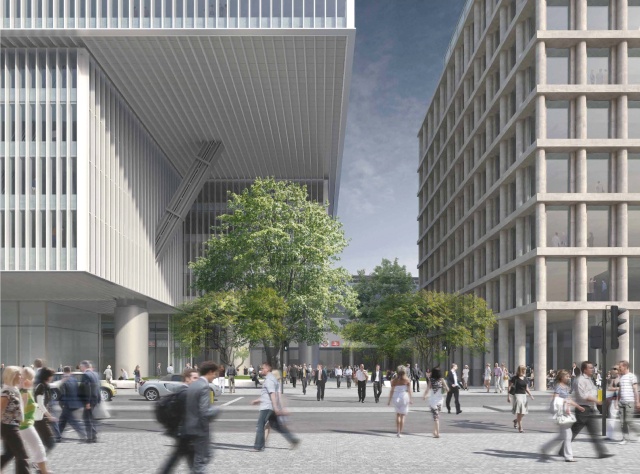