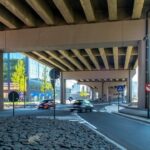 Located under the outer ring road of the city of Leuven, Engels Plein (literally English Square), was for years a rundown urban leftover. A place hidden under the dominating structure of the ring road viaduct; a space lost amongst the giant industrial blocks that lie on the northern banks of Vaartkom, the canal and the Keizersberg.

West 8 working together with BAS, Snoeck en partners, Tritel, ERM and Betonac have transformed this square into an important part in the increasingly lively city of Leuven.

In 2010, West 8 won the “negotiated public procedure” for the square – with a clear design concept that sought to move the roadway under the viaduct and the establish a new green zone in the area.

On the 9th of October 2015, the City of Leuven celebrated the official opening of the new square. In the last five years this former industrial area, has become the epicenter of architectural redevelopment and renovation. Today, Engels Plein has an intense urban character, and a new found sense of security and place.

The reintroduction of vehicular traffic under the flyover has already had several positive spin-offs;
– drivers are now directed through a visually intriguing landscape
– the north banks of the Vaartkom and the square in front of OPEK have become car-free zone. In the short term, this site is set to become a testing ground/urban laboratory for future development options.

These factors combined with a diverse architectural program, will ensure Engels Plein will again be a vibrant place where people can live, shop and work.

The materials used in the design of Engels Plein reference the rough character and rich history of this former industrial site. Yet, thanks to the overall master plan for the Vaartkom area the square also complements the new developments in the surrounding vicinity.

For a dense and urban site, Engels Plein is strikingly green. The square’s so called ‘green cushions’ house 65 plane trees – some up to 15 meters high – which help give Engels Plein, its special character. This planting scheme is not purely aesthetic it also helps reduce pollution, and prevent excess storm water runoff during periods of intense rainfall.

Engels Plein also features many custom details; new roundabouts, a high quality decking structure, elegant tree grates and curved concrete edging, all of which bestow the site with its own unique appearance and identity. 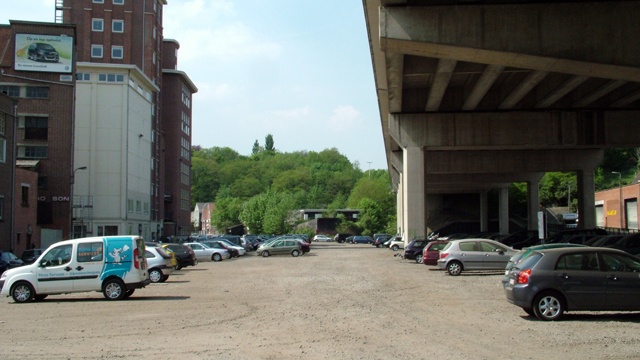 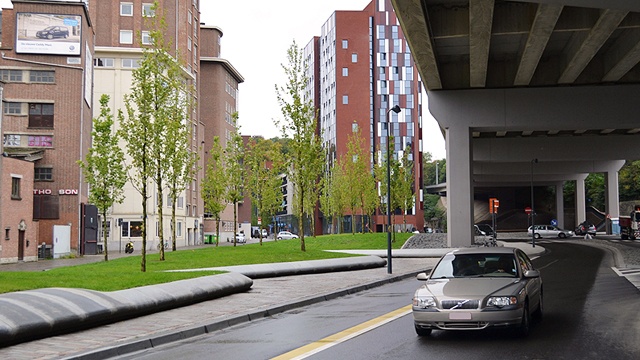 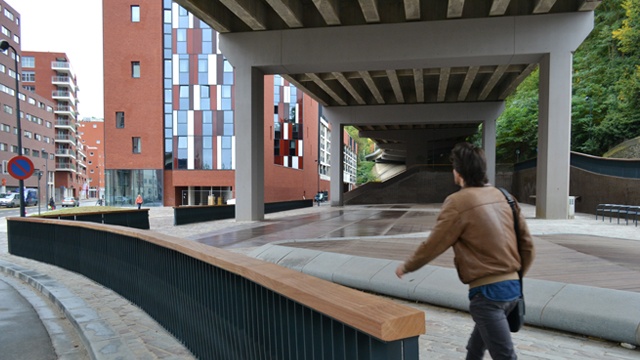 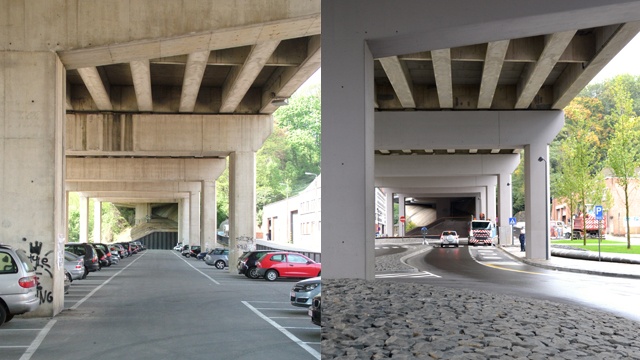 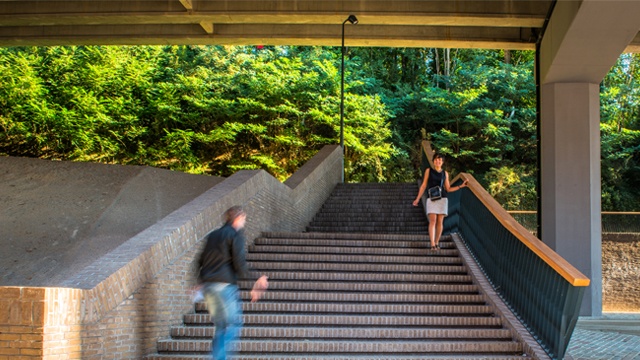