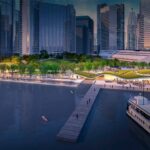 The competition which was launched in November 2014, aims to create an inspiring vision for the long-term transformation of the Ferry Terminal and Harbour Square Park. That vision will be articulated in a master plan for the area that can be phased in over time, as funding and budget becomes available.

An online exhibition of the design proposals encourages members of the public to provide their feedback via an online survey. The deadline for the public to submit comments online is midnight on the morning of Saturday, March 21. Proposals are also on exhibition in the Rotunda at Toronto City Hall from 12.00 – 5.00pm Monday March 16th to Friday March 20th.

“The public exhibition creates a great opportunity for the public to engage in conversations about each proposal, helping to create the final approach for the Jack Layton Ferry Terminal and Harbour Square Park.” says Christopher Glaisek, Vice President of Planning and Design, Waterfront Toronto. All the public comments will be summarized in a report that will be delivered to the competition jury for their consideration, alongside reports from the competition’s Stakeholder Advisory Committee and Technical Advisory Committee.

About KPMB Architects / West 8 / Greenberg Consultants Proposal
Entitled ‘Harbour Landing’ our team’s proposal fuses the revamped Ferry Terminal and Harbour Square Park into one special new place on the harbour forming a dynamic and animated public space for all seasons.

Harbour Landing defies simple categorization – a ferry terminal, an urban park for active water-based activities, a retreat and an oasis for office workers and residents, the urban getaway for people living along the waterfront and an introduction to the waterfront for visitors to Toronto. The vision re-imagines Harbour Landing as an integral part of a continuous network of renewed public space that envelops the site.

The organic form of the park with rolling hillocks, whose gently sloping topography elevated from street level, presents visitors with dramatic harbour views and a panoramic backdrop featuring the Toronto Islands. This design approach is echoed in the Ferry Terminal whose undulating rooftop extends the park experience. The terminal’s green roof is universally accessible via gently sloping ramps. This ‘gained park space’ provides an irresistible public belvedere from which to survey the shoreline.

Creating a new central feature, a “landing” place where the city meets the lake. Harbour Landing works in 360 degrees, addressing both the landside and waterside. A new icon for the city and a counterbalance to the urban life at the Toronto Waterfront. 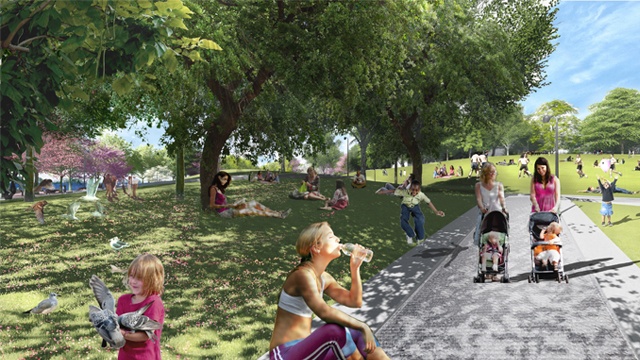 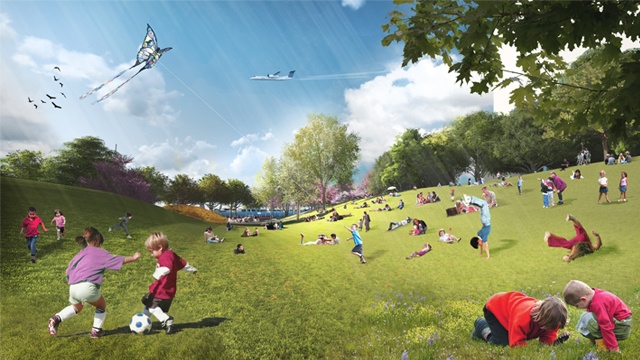 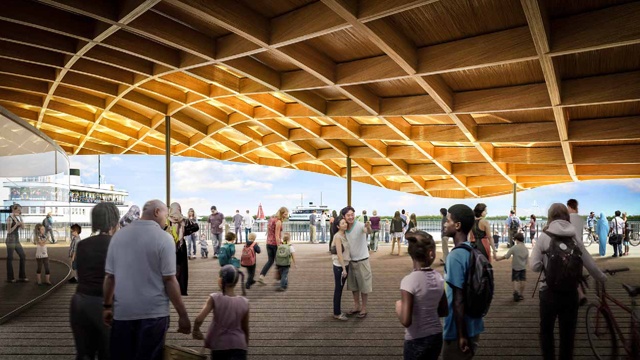 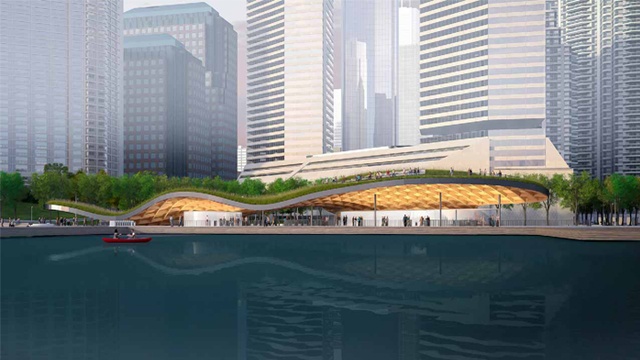