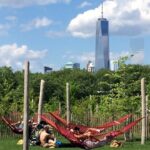 Governors Island opened to an eager public on Saturday, May 24. Twenty eight thousand visitors enjoyed the Island’s”new round fountains, swooping paths, elliptical enclosures, fluid flower beds, and undulating lawns” and reveled in the abundance of arts and crafts, musical and theatrical performances that were part of the Opening Day Family Festival hosted by the Governors Island Alliance.

Only a seven-minute ferry ride from Brooklyn and Manhattan, Governors Island “feels distant yet impossibly close, and the juxtaposition of vertical city and languorous landscape is almost surreal“ says New York Magazine. Leslie Koch, president of the Trust for Governors Island, enthusiastically declared that “for the price of a $2 round-trip ferry ride, you really feel like you’re on vacation.”

For West 8, the transformation of this abandoned military base and unique, windblown island into an idyllic destination, a green broccoli in the water, has constituted an incredibly rewarding journey. “We designed the park to take advantage of Governors Island’s amazing assets. We couldn’t be happier to see people enjoying the park and making it their own”, says West 8 New York’s Principal, Jamie Maslyn Larson.

The 30 acres of new park designed by West 8 has been touted as one of “New York’s new jewels” by the press. Visitors to the Island can also see the next phase of park under construction–the Hills scheduled to be completed in 2016

The island first opened to the public in 2005. Since then, it has undergone major changes, transforming into a new public destination for all New Yorkers. With the completion of the new 30 acres of park, approximately 125 acres of Governors Island are now fully open to the public.

Last summer, the Island was open for 40 days and saw 398,000 visitors, 85% of whom were from New York’s 5 boroughs. This year, for the first time in history, the Island will be open to the public seven days a week. Offering a full calendar of events and a diverse range of new activities and programs that are sure to captivate visitors. 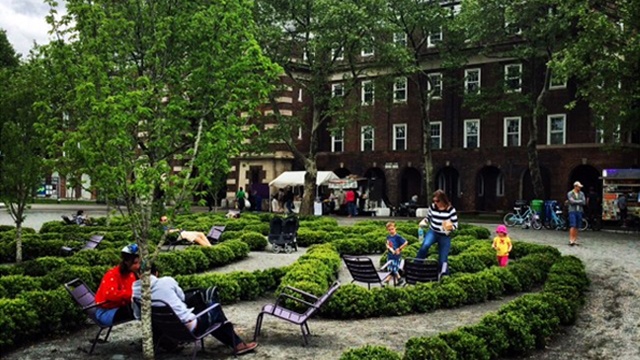 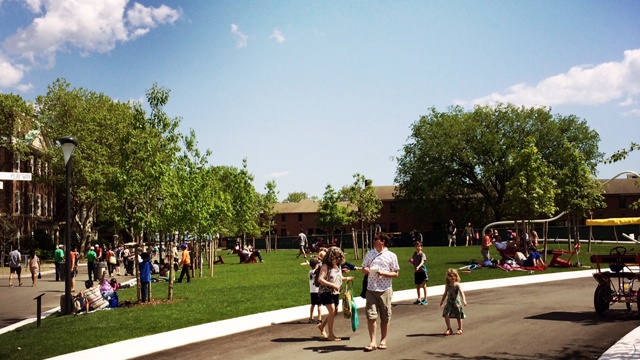 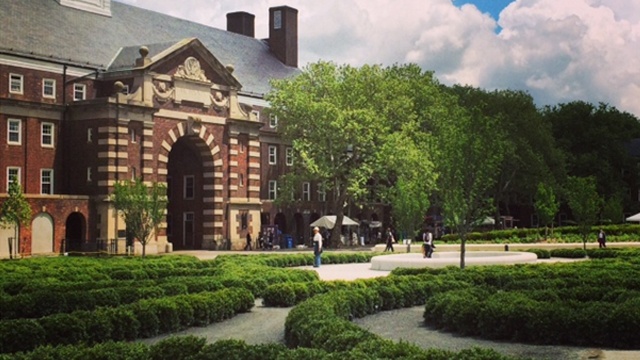