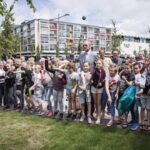 Den Helder’s station area was officially opened on Friday, June 16, by municipal councilman Lolke Kuipers and children of two local primary school classes. The children sowed the new lawns in front of the station building with flower seed mixes. Councilman Kuipers: “The area was deteriorated, but now it has become fantastic. Attractive and pleasant.”

West 8 designed the station area as a gateway to the maritime city of Den Helder. Once a busy transit route, the area has been transformed into a destination with a clear identity that warmly invites new visitors and truly welcomes residents home at the end of a business day. This entrance plaza is a first encounter with the maritime character of the city, intricately reminiscent of the sea, the wind, the beach, the fishing, the shipbuilding and the navy.
With its green and inviting character, the area provides plenty of space for cyclists and pedestrians. Motorized vehicles are treated as guests rather than main users. The overall atmosphere is pleasant, and the site borrows attractive views of the city center. As over one hundred newly planted trees mature, they will provide more shade on sunny days and shelter on windy days. The far ends of the brick walls that surround the lawns are fitted with stone artwork with a nautical theme. Stylistically, they refer to the Amsterdam School-style. The walkways from the station square are seamlessly connected to both Den Helder’s main shopping streets and the central city park. In the future, this green ribbon will guide pedestrians all the way to the sea.

While the station area was under construction, the station itself had to be continuously accessible for travelers, as well as the transit for cars and buses. An extensive community participation program was part of the design process.

Over 10 years of work in Den Helder

West 8’s involvement in the revitalization of Den Helder’s city center goes back more than ten years. Our strategic development plan, set up in 2006, has remained the core of new initiatives. West 8 presented a narrative that links the transformation of Den Helder with its history. As the city’s urban planning and architectural supervisor, West 8 partner and director Edzo Bindels has ensured the successful implementation of this strategy. West 8 also provided designs for a series of sub-projects, including those for the central city park, the revamp of the main shopping streets and the redevelopment of Rijkswerf Willemsoord. Reprogramming efforts have resulted into a new city theater at Willemsoord and a public library in ‘School 7’, both of which have become true destinations.

The urban renewal of Den Helder has been in-process for almost ten years and is successfully reviving the city. On 30 May 2017, the Dutch Platform Binnenstadsmanagement announced that Den Helder has one of the five best medium-sized city centres in the Netherlands. On November 23, 2017, the city will have a chance to win the title ‘Best City Centre 2017-2019’. 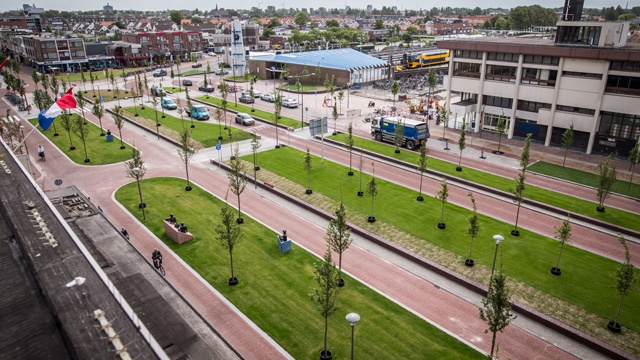 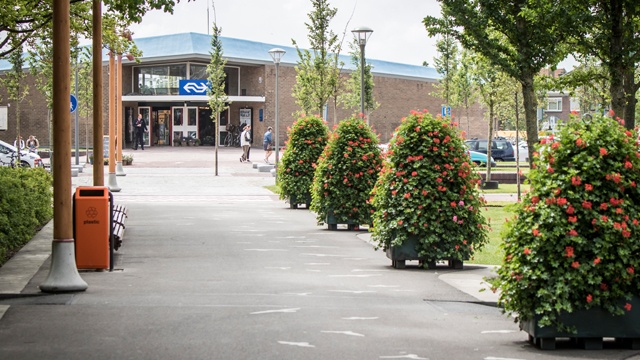 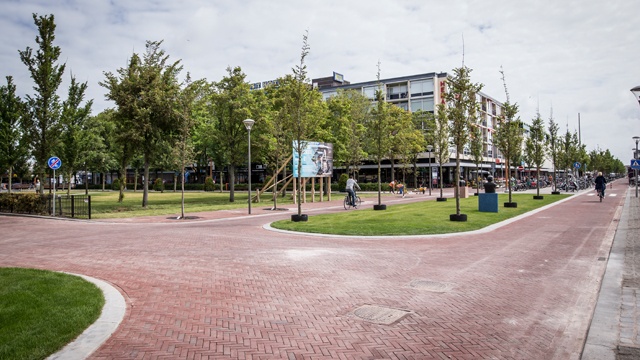 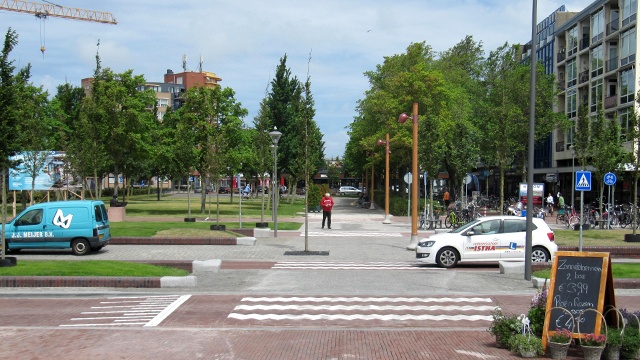 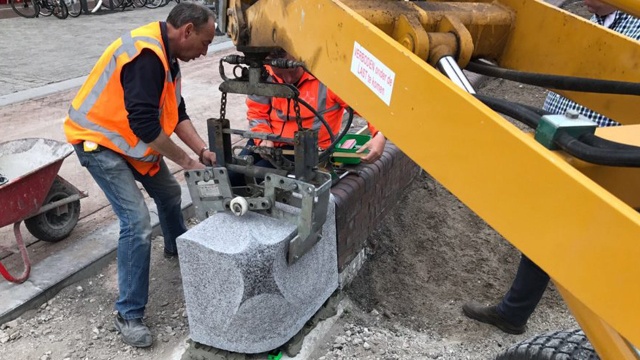