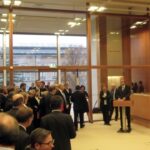 The Federal Constitutional Court of Germany was officially opened on the 12th of November 2014, following intensive renovations to the buildings and a complete overhaul of the surrounding landscape. The landscape has been designed and detailed by West 8, who won the 2011 international design competition for the site.

The Federal Constitutional Court (Bundesverfassungsgericht) has had its headquarters in Karlsruhe since its foundation, moving to its current administrative premises in 1969.  The building, designed by Berlin-based architect Paul Baumgarten was constructed between 1965-1969. Baumgarten deliberately designed the building not to resemble a judicial palace. Its open architecture is intended to reflect ‘democratic transparency’.

The renovations, which involved two years of planning and a year of construction, have transformed the surrounding landscape. From a fragmented and featureless space, into a lush green landscape of the highest quality. The undulating lawns open-up views to the adjacent Botanic Gardens. Crocuses and Wood Squills (Scilla sp.) in the grassed areas have been retained and continue their role as a precursor of springtime blossoming in the Botanical Gardens and the Court’s surrounds.

Within the context of the judicial buildings, several courtyards have been planted with sculptural trees and shrubs. Their appearance changes strongly between seasons, with their forms, shapes, textures and colour catching attention and subtly contrasting with the rationalist architecture.

New lawns flow around the buildings and a richly textured granite entrance square has been laid. The square’s design follows the architectural intent and is open and welcoming. The mosaic texture of the stone pattern guides people towards the main entrances while the edges of the square interweave into the lawn, introducing an element of informality. The high quality of the finely textured natural stone imbues the space with a timeless dignity.

The landscaping of the Federal Constitutional Court is characterized by modesty. The integration of the ensemble of historic buildings into the broader context of the Botanical Gardens and the grounds of the castle has been carefully considered and lends a serene elegance to the space.

To read the official press release by Bundesverfassungsgericht (German only) click here. 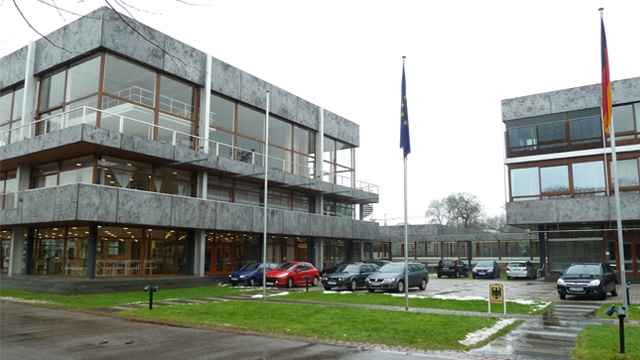 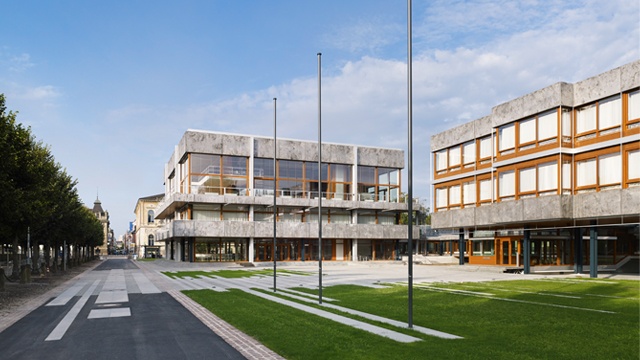 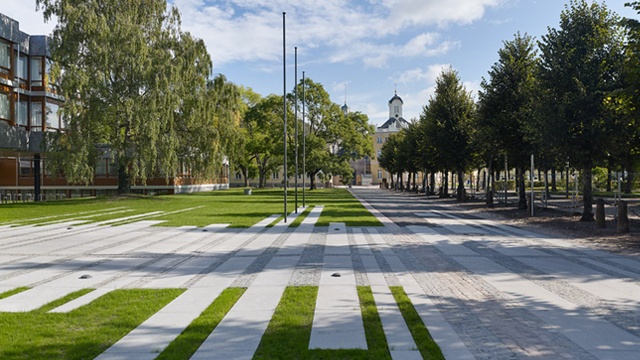 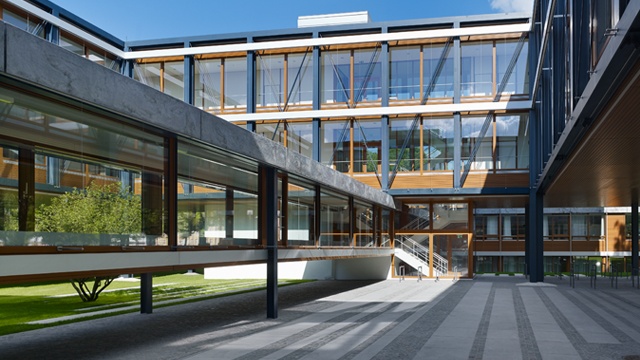