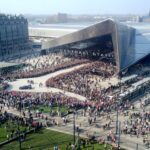 At 2.45pm on the 13th of March the new Rotterdam Centraal, a station 10 years in the making, was officially opened by his Majesty King Willem-Alexander. The King who “was so happy to be there” opened the station with a royal handshake on a video screen to an audience of thousands.

Project architects, Team CS (a cooperation between Benthem Crouwel Architekts, MVSA Meyer en Van Schooten Architecten and West 8) together with representatives of ProRail, NS Rail, the local council and the hundreds of workers who helped build the station celebrated the day with delighted members of the public who witnessed performances by the ‘Rotterdam Philharmonic Orchestra’, ‘Conny Janssen Danst’, ‘Codarts’ and ‘Mothership’ in the main station hall.

The celebrations continued with a royal tour around the station accompanied by Mayor Aboutaleb, Marion Gout – van Sinderen (CEO of Prorail), Secretary of State Wilma Mansveld, Boukje Bügel (CEO retail & transfer NS) and alderman of the City of Rotterdam Jeanette Baljeuaan. King Willem witnessed, first hand, the grandeaur of the station, which draws around 110,000 passengers daily, a number expected to triple by 2025. Partly because of the beautiful spring weather, there were many more people at the opening than expected, but the king waved and smiled enthusiastically as he was greeted by of cries, “Hey, Willem!”.

The King’s visit kicked off a four day opening festival in and around the station, a place touted as a “travelers paradise” by Ms. M. W. Gout- van Sinderen , President of the new CS ProRail. The station which cost over six hundred million to build has been incredibly well received by travelers, with 90% of visitors giving the station a score of seven or more.

The new Rotterdam Centraal Station is a pleasant, open and transparent public transport terminal which functions as an iconic meeting point. President of the Dutch Railways, T. Hughes added “that the city of Rotterdam has a beating heart again”. A spontaneous poem about the new station written by the well known Rotterdam poet, J.A Deelder, captures the essence of the new station beautifully, Rotterdam Centraal “is the beginning of the there and the end of the here.” Interwoven into the urban network, the station connects the diverse characters of the city and marks the beginning of Rotterdam’s cultural axis, “bringing Rotterdam alive again like never before.”

Visit our news in pictures page to see the video reports by TV Rijmond. 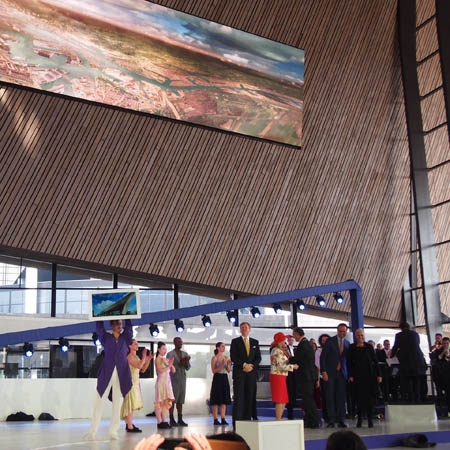 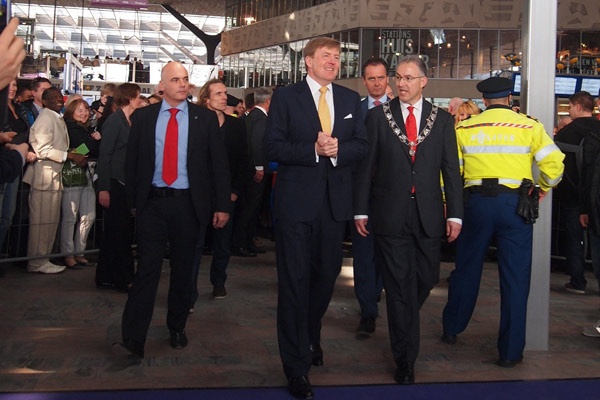 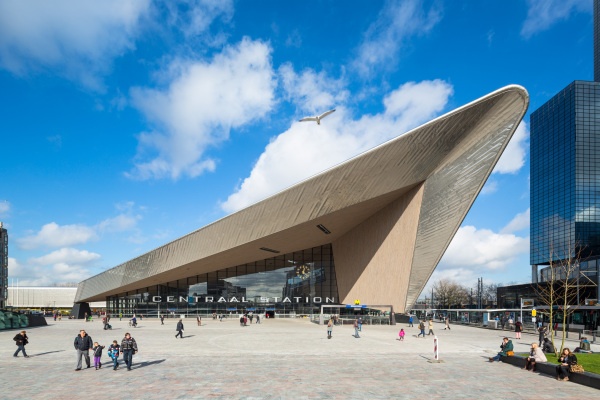 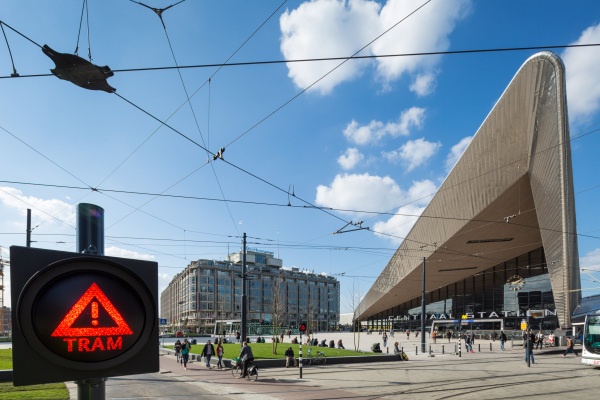 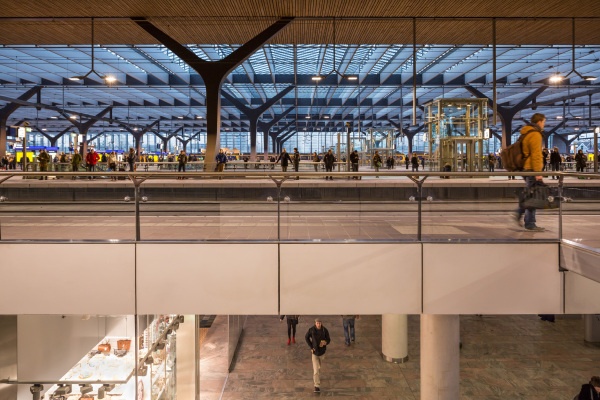 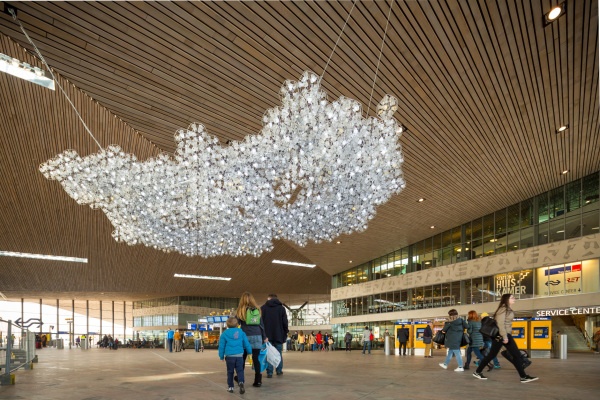 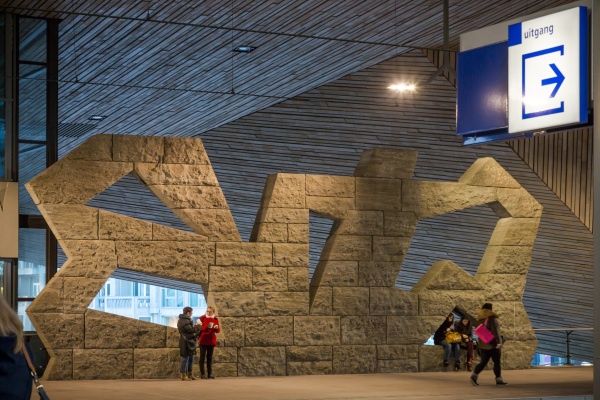 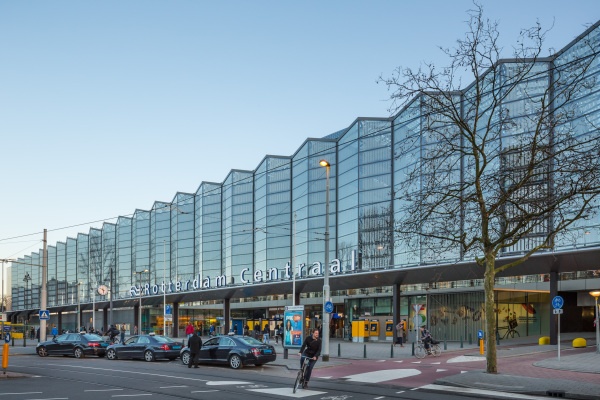 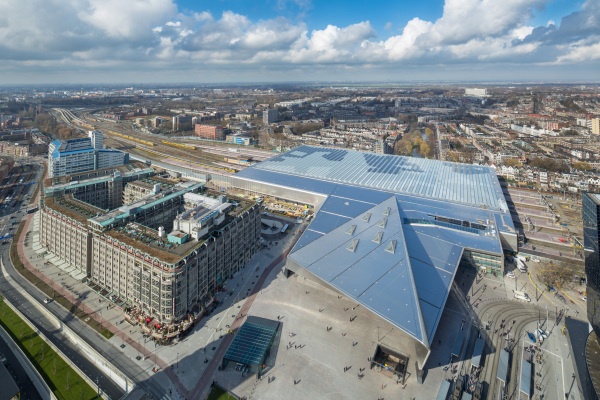 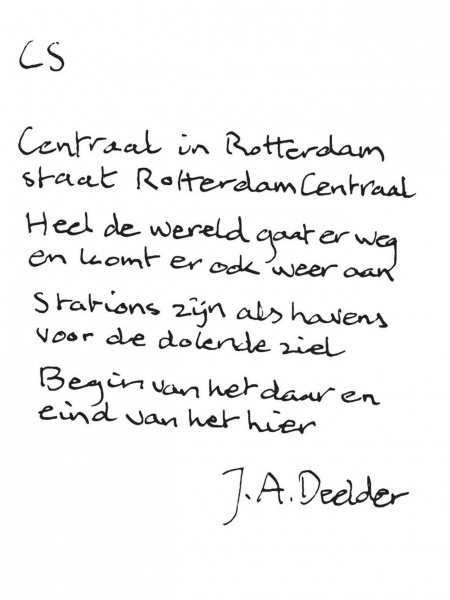