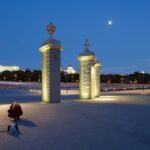 Madrid Rio has again been awarded the annual Hispania Nostra Prize, this year under the category of ‘Heritage preservation as a factor for economic and social development’.

The Hispania Nostra Prize is organized by the Asociación Hispania Nostra together with the Fundación Banco Santander. For the past 40 years Hispania Nostra has dedicated itself to defending, safeguarding and enhancing Spanish Cultural and Natural Heritage.

A result of the excavation of 40 km of highway, the 150 hectares Madrid Río project is the most important projects in the City of Madrid in recent decades, and one of the most ambitious public space projects recently built in Europe.

The project not only recycles the river’s hydraulic industrial heritage, without losing its infrastructural function but also restores the site’s historic assets such as the Puente de Segovia (1584) el de Toledo (1832) and el de Rey (1828), changing the public perception of these monuments and their relationship to the City of Madrid.

The jury made the decision to award the Madrid Río Project because “The intervention along the river has highlighted the cultural and natural heritage of the area that was hidden under infrastructure and urban development. Further, the project has the capacity to link to the physical, visual, cultural and conceptual landscapes outside the city – from the forests and mountains in the north to the plateaus and plains in the south.

The integrated design has seen the Rio Manzanares become a social catalyst connecting neighborhoods with bridges and footbridges, expanding green areas, public leisure space and the number of sports facilities. To this end, Madrid Río has improved the quality of life of a significant number of residents who live on either side of the river that previously suffered from disconnection to the city center, inadequate facilities, a deteriorating urban fabric, and an absence of quality public spaces. The project has succeeded in promoting the social and economic development of the area and space has become a public agora for locals and visitors. “ 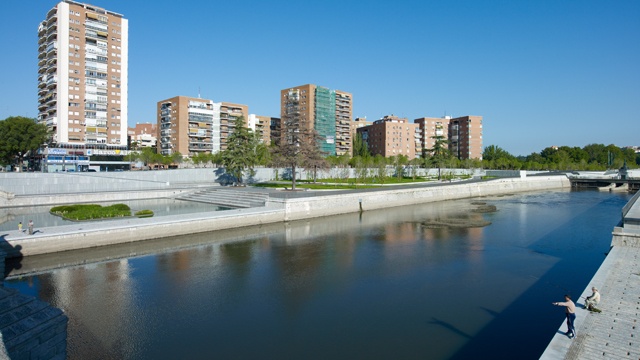 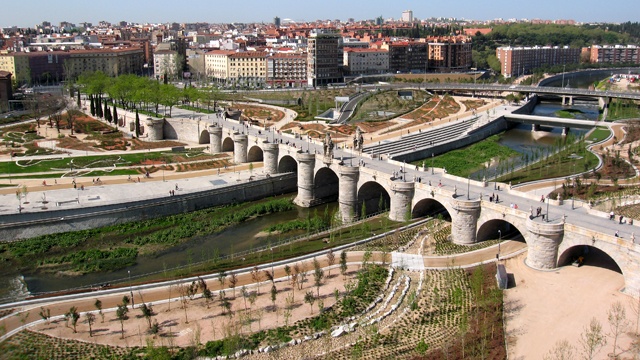