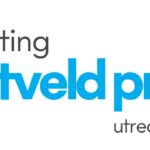 The winner of the RTV Utrecht Public Prize was kept a secret until the ceremony in TivoliVredenburg, and it was a moment of delighted surprise when the Park Pergola, designed by West 8 was announced as the winning project. Under enthusiastic applause from the audience, Paul van der Lugt, director of RTV Utrecht presented the award to West 8 Director, Adriaan Geuze.

Since 1995, residents of Utrecht have been able to vote for the Public Prize. Each year, a professional jury compiles a shortlist of architectural or urban design projects from within Utrecht and the public is asked to select their favorite. The process helps stimulate public debate and open discussion on the spatial quality of the city.

The Rietveld Prize, the counterpart of the public prize, was also awarded to Herman Hertzberger of Architectuurstudio HH, for the design of TivoliVredenburg. In his speech the 83 year old architect commented that if he had been in the jury panel, his vote would also have gone to the Park Pergola.

Unlike other pergola structures made of wood, brickwork or steel, the six-meter high Pergola in Máximapark is designed as individual but interchangeable precast concrete elements that can be combined to form a cohesive structure. Functioning as a frame for the park’s inner courtyard, the soft and sinuous Pergola also serves both an ecological and botanical role within the park program. Large collections of climbing plants have been planted along the base of the Pergola and in some sections the honeycomb structure supports for custom designed bat boxes, nesting boxes for owls and substrate bins for ferns and other flora.

Public involvement and respect for the Park pergola and Máximapark is a key part of what has made it so successful. Early on in the park’s beginnings, the group Vrienden van het Máximapark (Friends of Máximapark) was set up to allow all the inhabitants of Utrecht to be involved in the stewardship of the park landscape. During the weekend many citizens of Utrecht escape the hectic pace of the city to lend a hand in the expansive grounds. Officially opened by Queen Máxima of the Netherlands in 2013, Máximapark was voted the most popular park in the Netherlands last year.

To read the official release of Stichting Rietveldprijs click here. 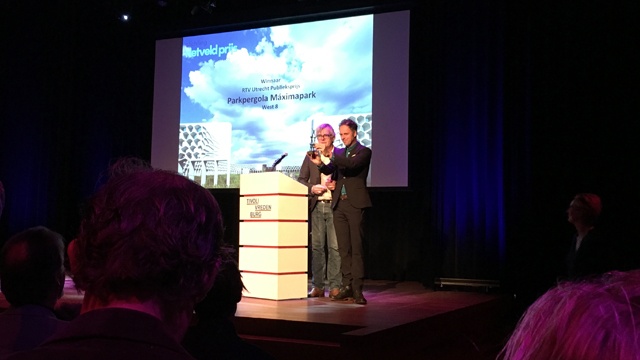 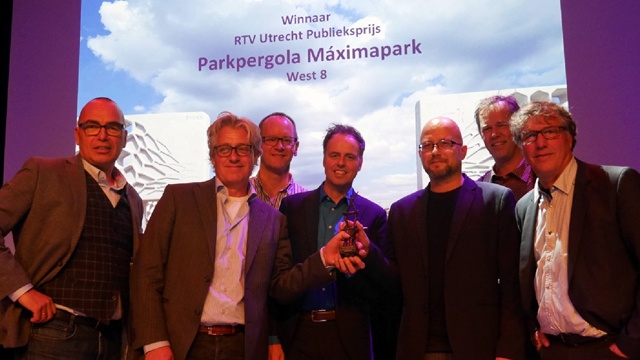 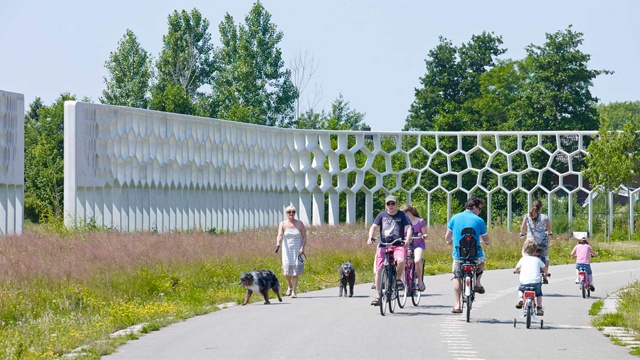 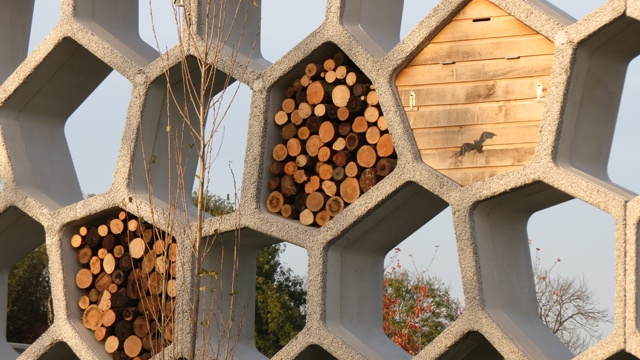 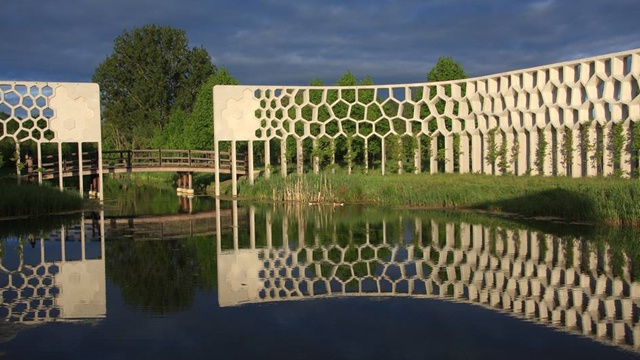