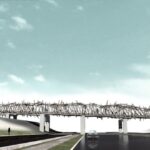 On Thursday the 21st of November, the Flemish Minister for Public Works, Hilde Crevits erected the first wooden beam on the new pedestrian bridge designed by West 8 in conjunctionwith sub consultants Snoeck & Partners and BAS for Vlaams Gewest AMDK.

The bridge, located near the Uitkerkse polders, dunes, beach, sea, campgrounds and a nearby residential area will span the Koninklijke Baan between Wenduine and Blankenberge and provide “a secure connection along the Coast and Coastal Bike Route”, says Minister Crevits.

The volume created by the wooden trusses generates a sense of security to the user in an area known for its salty atmosphere, strong winds and swirling sand. The striking structure will also feature lookout points for cyclists at the foot of the bridge and on top of the dunes, complete with information boards and provide a unique opportunity for people to experience the coastal landscape.

The elaborate structure will be reinforced by concrete supports at several medians along its 85m span. Composed around two wooden open web girders, the bridge contains over 1000 wooden elements. These are placed close to each other or, incidentally loaded or doubled in zones where the tension is high, such as in areas above the gates supporting the bridge and in the middle of the span between the supports.

The new bridge will cost over 2 million euros to build and should be completed by Spring 2014. 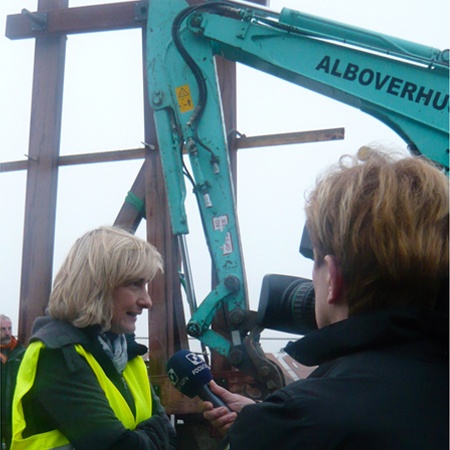 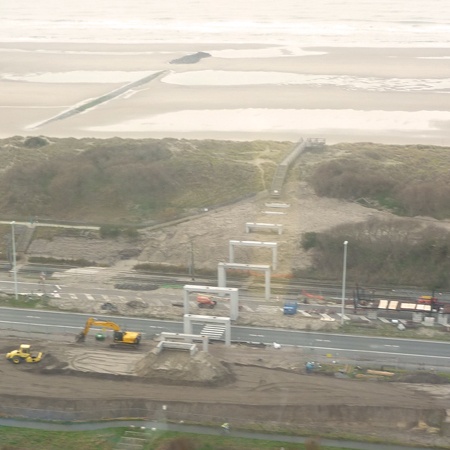