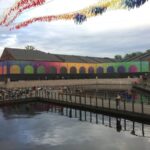 After the first phase delivery of the New Holland Island Park in 2016, West 8 team continued to design and supervise the construction of the project’s phase 2 development which includes the pontoon on the water and the Bottle House, restoration and adaptation of the building of the former naval prison. After an extra year of work, the Bottle is now also completed and was launched in July 2017.

The design of the building’s common areas and all elements of the interior decor have been developed by the architecture bureau, Ludi Architects, in collaboration with the team for the project New Holland: Cultural Urbanization, whilst West 8 designs the inner courtyard for this new jewellery of New Holland Island that hosts commercial functions for this reborn arts hub.

The courtyard by West 8 has been studded with 40 outdoor bullet lights, made from black metal to original project and features a small stage for events. The round inner courtyard now features the Park’s “Small Stage” by Ludi Architects with its own program of concerts, film screenings and other events. 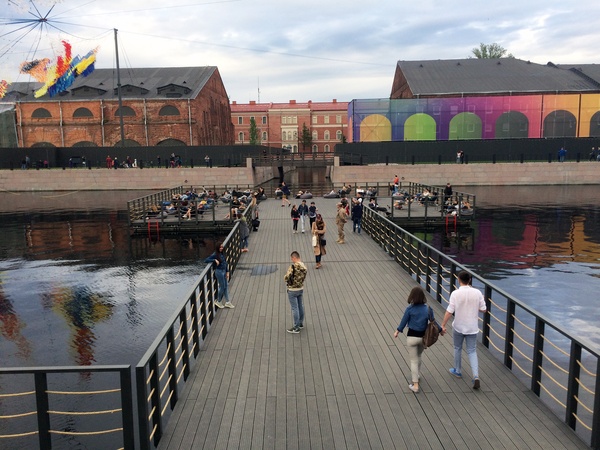 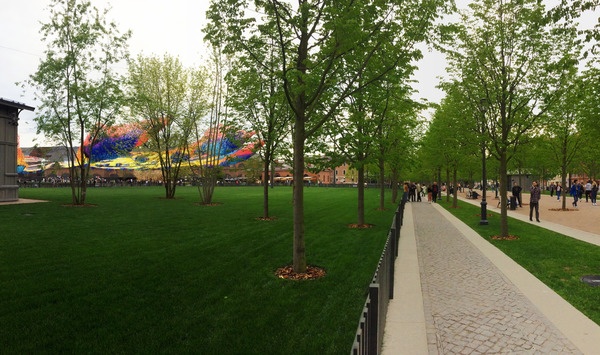 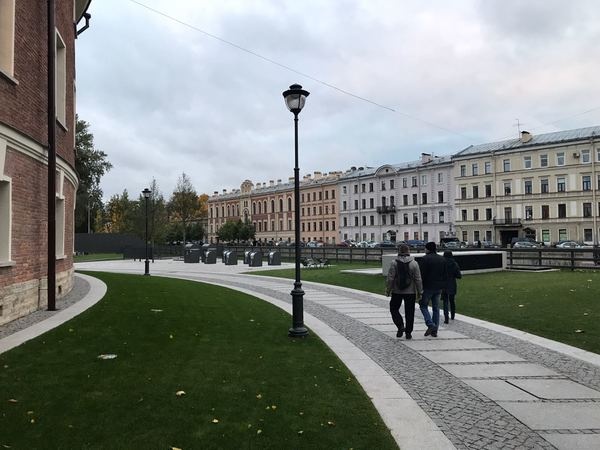 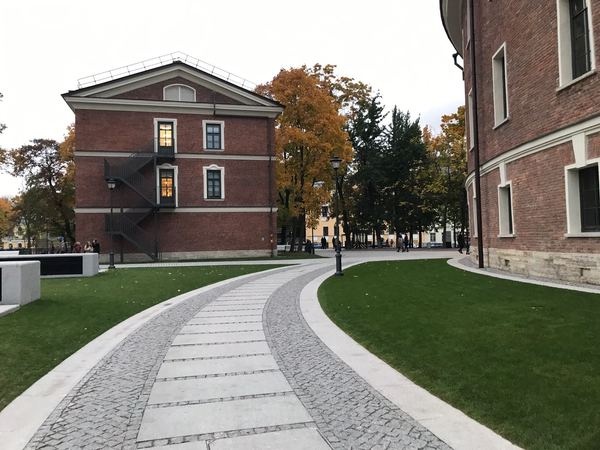 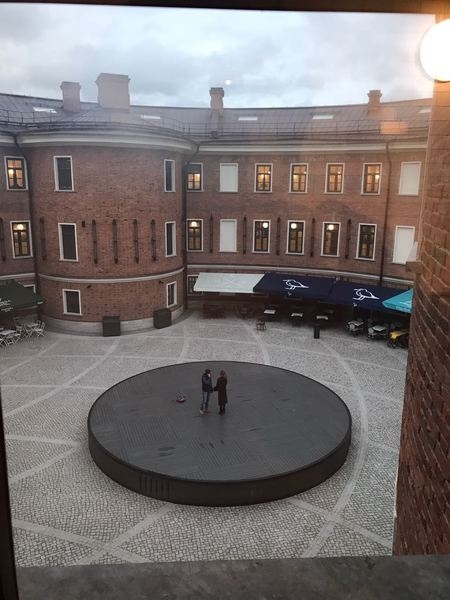 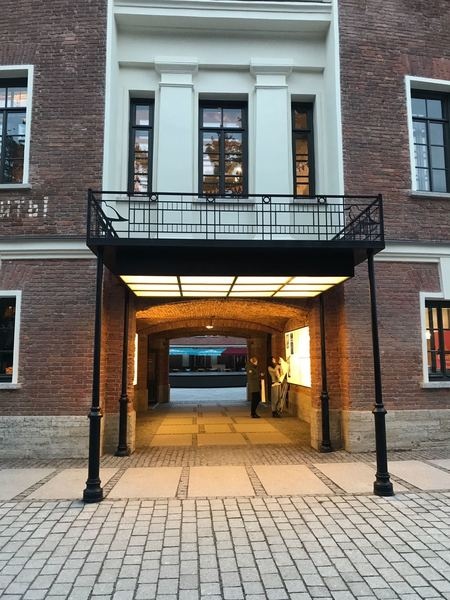