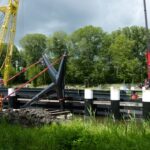 In the second week of July 2017 a floating crane lifted a 34 meter long bridge section into place across the Noordhollandsch Kanaal. West 8’s new bridge with a total length of 150 metres is the first of two bridges to connect the Volewijkspark with the Florapark, combining both into one Noorderpark. It also provides for a direct bicycle connection between the Vliegenbos and the Noorderparkbad, thus linking the eastern and western parts of Amsterdam Noord.

The 71 ton deck was raised by four cables and lowered onto two posts that support the bridge. These bearers have already been nicknamed the ballet dancers, because of their ornate form.

The bridge will be ready for use next month, while in the meantime residents are given the chance to make suggestions to name this new bridge. The three best suggestions will be announced at the official opening at the Noorderpark Festival in September. After that, a committee of the municipality will make the final decision. In August the final detailing works and soft landscaping in this area will be completed. 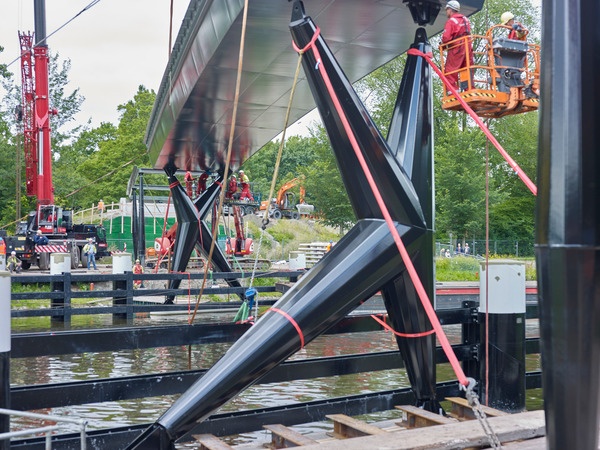 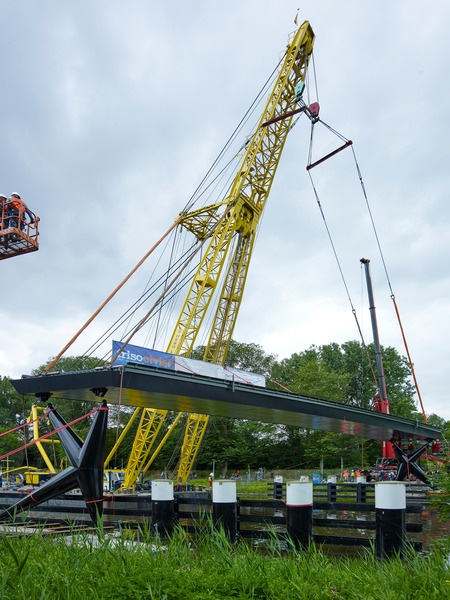