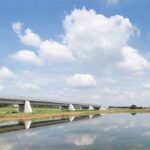 The realization of the Noordwaard Bridges almost complete

West 8 and IPV Delft designed three different types of bridges, these include 24 Creek Bridges, 6 Dike (embankment) Bridges and 3 Steurgat Bridges. Most of which are currently under construction. Their seemingly simple appearance and gentle curvature, which elevates them above both the horizon is designed in keeping with the understated beauty of the Dutch pastoral landscape. Sleek and sober detailing, special bronze finishes and the bird sticks give the bridges their unique character.

An integral part of the depoldering Noordwaard project, the bridges facilitate the public access to the depoldered area connecting people to nature and providing new opportunities for recreation within the long-term water management strategy.

The robust foundations of the Dike Bridges, for instance, are designed to withstand the strong currents and forces of a flooding event. Located at the inlets of the area, the stepped form of their concrete pillars mean water levels and the direction of water flow is easily recognizable. The pumping stations, the most vertical elements in the landscape, are mainly constructed from the bricks of demolished farmhouses and in three instances designed as viewing platforms. These platforms offer arresting 360 degree panoramas of this new landscape typology.

The Noordwaard is one of 39 locations of the national ‘Room for the River’ project, located along the rivers: Rhine, Lek, Maas and Waal. Making space for the river means the excessive water from high water events can be dissipated in a safe manner and ensures the safety of more than 4 million people. 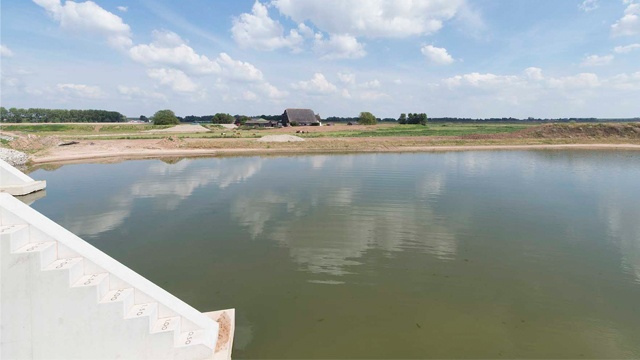 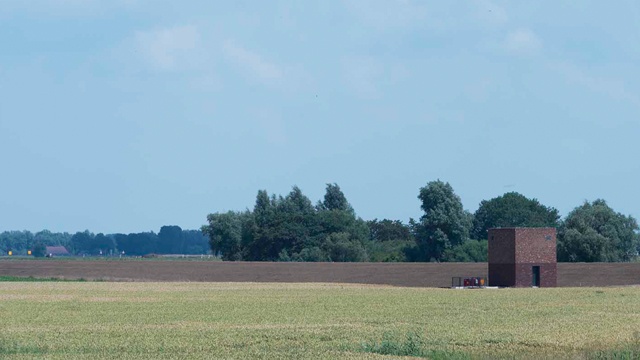 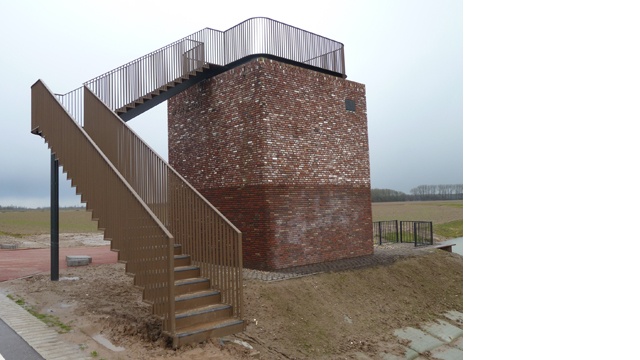