Passage at Rotterdam Central Station to open to the public

The new passage will be 46 meter wide, 6 times as wide as the current one, and it will be nearly one meter higher. Many shops and food stores will be located along the sides of the passage where visitors can drop by when waiting for the trains. The big voids of 50 by 5 meter will create a lot of light and comfort in the tunnel. Another improvement is that all platforms will be accessible by stairs, elevator and escalators.

The current passage will be closed and transformed into its former function as a bike tunnel. Thus, connecting the centre to the Proveniersplein without the cyclists actually having to go all around the station.

Rotterdam Central is to become more than merely a place of arrival and departure. Once the hall is in use, the terminal will also stage events, while providing a passage to events in the city.

The completion of the main hall is due in 2013. 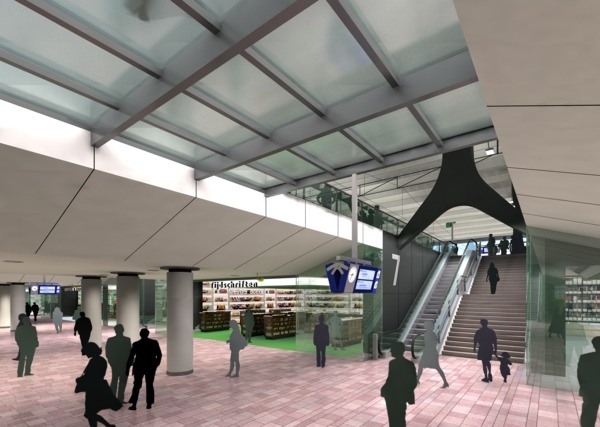