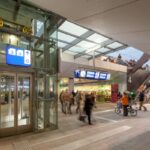 Under loud applauding, the first travellers walking over the red carpet were welcomed into the recently opened passage of Rotterdam Central Station on the 10th of November. The official event surrounding the opening took place at Café Engels nearby the station and was well visited. During an interview with Patrick Buck, director of Prorail, Jeannette Baljeu, alderman at the municipality of Rotterdam, and Michiel Noy director of NS, it was explicitly put that the station underwent a transformation from a station where people merely switch transport, to a world class station with many comfortable spaces for people to meet up.

The passage was officially opened at 11am by the representatives from Prorail, NS and the municipality with a push at the red button. Followed by performing arts, the guests had the opportunity to freely explore the 48 meters wide passage.

The passage is the first of many deliveries yet to come as the main hall, bicycle and parking lot, and the public space on North and South side (all designed by Team CS) are still under construction. In time the iconic original letters of station nameboard, signage, clock and flag posts from the old station will also re-appear around the new station. The passage is yet to be completed with the implementation of the escalators – temporary wooden stairs provide access to the platforms. 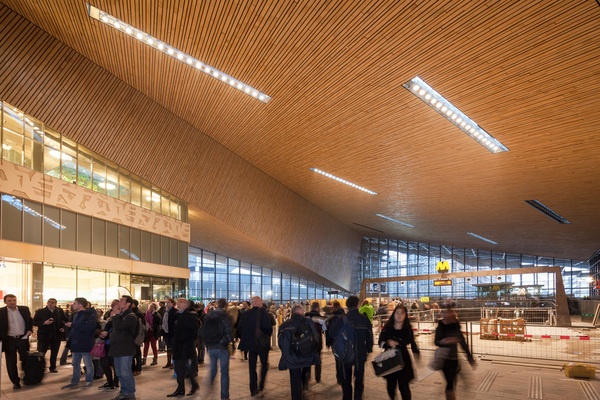