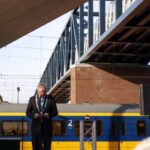 The Passerelle Roosendaal and the new Kellebeek College were officially opened by the Mayor of Roosendaal, Mr. Jacques Niederer on 13th of November. West 8, won the design competition for the Passerelle in 2012, and are responsible for the architectural design of the bridge.

The highlight of the official bridge opening ceremony, which included a parade from the new Passerelle to Kellebeek College, was the unveiling of the artwork by Anna Niederbremer. This immense work of art, which is located at either ends of the new bicycle and footbridge remained covered in the lead up to the opening. Artist Anna Niederbremer (31) from Roosendaal created the winning artwork, and her piece was warmly received by an exited public.

Niederbremer’s piece was selected from 38 entries by local designers and artists in a competition held by the municipality of Roosendaal earlier this year. In the eyes of the jury, the design by Niederbremer was the most outstanding. Both sides of the passerelle are now decorated with her three-dimensional tree pattern, which is made from steel.

The newly completed Kellebeek College on the East Havendijk in Roosendaal was also officially opened on Thursday. The new footbridge over the railway complex will be frequented by the MBO students of the nearby Kellebeek College. 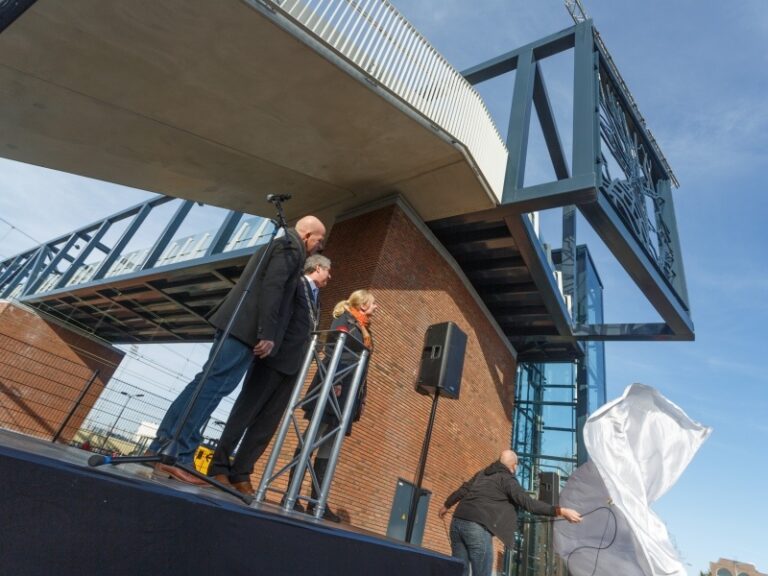 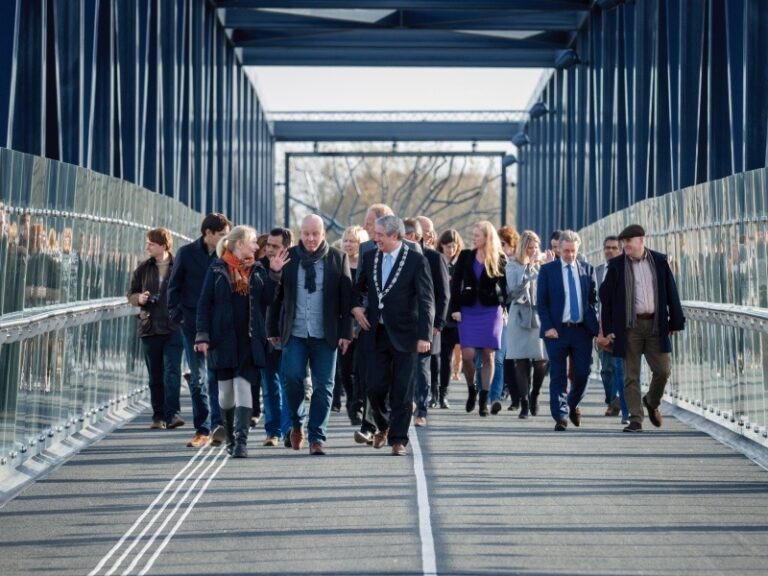 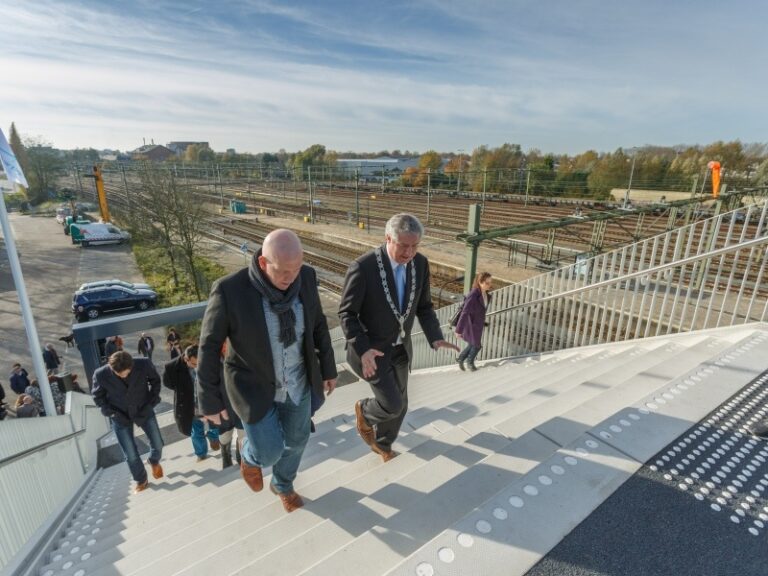 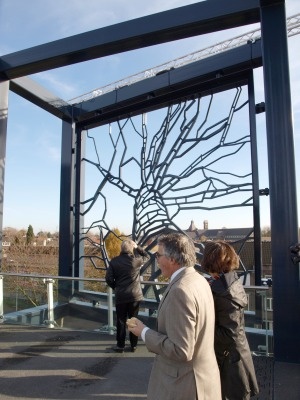 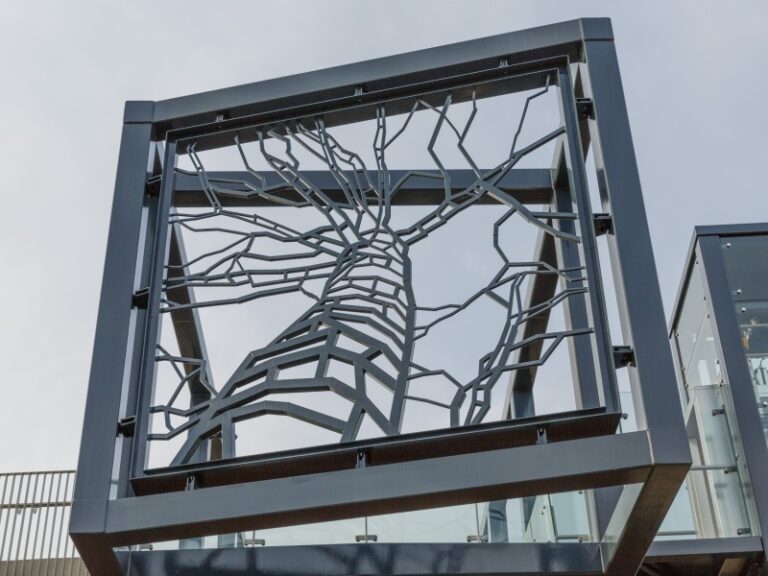 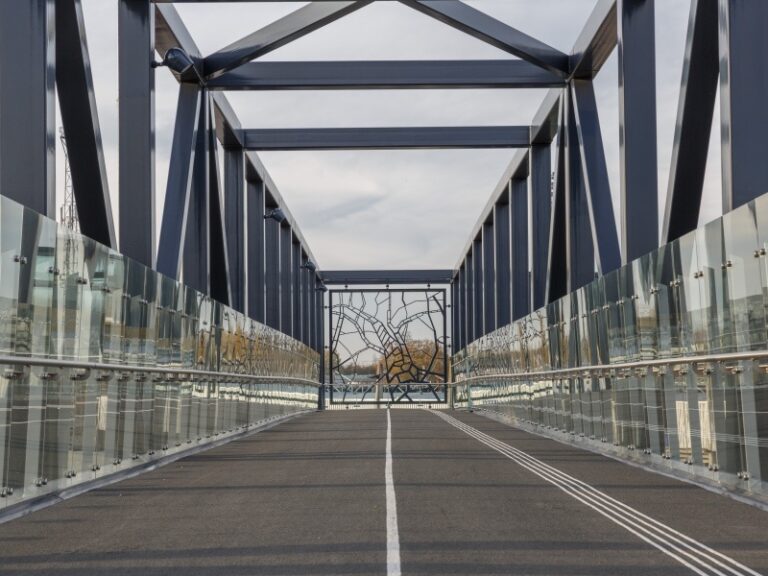 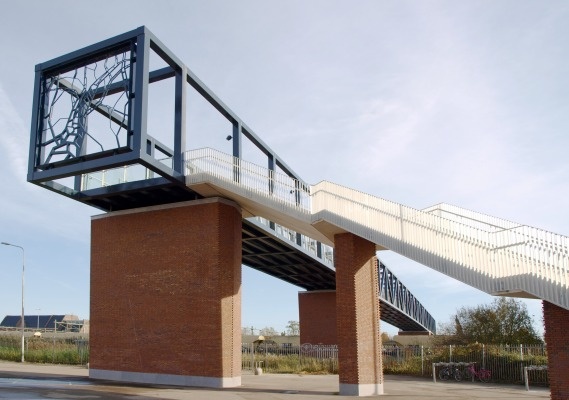