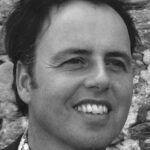 Adriaan Geuze has been awarded a lifetime achievement award from the BKVB, the Netherlands Foundation for Visual Arts, Design and Architecture. The award includes a cash prize of 40,000 Euros.

“The jury praised Geuze not only for the impressive projects he realized, but definitely also for the broad approach in which he applies his talents and the important role he plays in initiating discussion about spatial and environmental design”, says the BKVB.

On 2nd February, 2012, there will be an award ceremony in the Amsterdam City Theatre.

This biannual prize of  BKVB selects the best artists, designers and architects with a special record and a significant achievement of work.