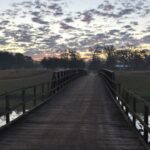 In another step toward establishing a world-class botanic garden in Houston, the Houston Botanic Garden announced this week that it has selected West 8, an award-winning international urban design and landscape architecture firm, to lead the development of the master plan for the new Houston Botanic Garden, which will be located between downtown and Hobby Airport, east of the Gulf Freeway and south of Park Place Blvd.

West 8 was chosen through a national search process across the U.S. that placed special emphasis on experience in master planning major garden spaces. “Our long-term vision is for Houston’s botanic garden to be among the nation’s best in terms of its beauty, educational value and contributions to the vitality of our community,” said Nancy Abendshein, chairman of the board of Houston Botanic Garden. “We believe we have chosen a firm that can help us realize that vision and we are excited to get that process underway.”

During the master planning process, input will be sought from nearby communities as well as stakeholders from across the city. Outreach will be conducted through a variety of forums so that a broad spectrum of Houstonians can share their thoughts and ideas on the project. The first community meeting is targeted for mid-May, with a date and location to be announced.

In addition to serving as a guide for the development of the botanic garden, the master plan will be an important tool for generating interest and understanding among those who will support and share the project. While the City of Houston has provided the Houston Botanic Garden, a non-profit organization, with a long-term lease for the 120-acre Glenbrook site, the organization is responsible for raising all funds needed to build, operate and maintain the garden.

“West 8 is a globally recognized design practice whose projects include complex urban environments that have been successfully re-imagined and new ecologies created,” said Chris Knapp, an advisory council member of Houston Botanic Garden. “Having served on the search committees for master planning firms for the Memorial Park renovation and the botanic garden, I am very enthused by the visionary design talent that Houston is drawing upon to create premier natural environments for all to enjoy.”

Among its attributes, the future botanic garden site is bisected by the improved Sims Bayou, while the old natural channel on the northern boundary of the property allows for special design elements as well as a variety of educational opportunities about the local ecosystem. The site also has an abundance of mature trees.

The mission of Houston Botanic Garden is to establish and sustain a premier botanic garden that will promote public appreciation and understanding of plants, gardens and conservation of the natural world.

About Houston Botanic Garden
The Houston Botanic Garden is a privately operated 501(c)(3) organization created by individuals committed to establishing and sustaining a premier botanic garden that will promote public appreciation and understanding of plants, gardens and conservation of the natural world. The goal is to enrich people’s lives through outstanding displays and programs, serve as a model for sustainability, and inspire all who visit to become environmental stewards as they learn more about plants and the entire natural world. In the fourth largest city in the country, Houston Botanic Garden will be a place of great beauty, providing an oasis for quiet contemplation, learning, inspiration and research.