West 8’s strategic design (2006) to revitalize the city centre of Den Helder and reposition it towards the sea, proposed several key objectives. In the city center the main ambition was to restore the existing urban tissue, housing and public space, densifying the existing commercial program and the addition of a central park. The ambition for the harbor and its docks was to develop a full-fledged and complete city quarter with a mix of functions, dwellings, commercial and recreation. Central to this development is the embedding of a strong cultural program, spearheaded by the development of a new theater at the former naval base.

Several milestones have been achieved since 2006. The first phase of the central Stadspark was completed in 2009, and new phases were added in the following years. The elms in the park are planted in an eight degree angle, as if they were formed by the onshore wind.

In 2014 the regeneration of the Beatrixstraat, the city center’s main shopping street was completed. At the former naval yard Willemsoord, a new City Theatre opened in 2015. In May 2016 the new library SCHOOL 7 followed and a year later, West 8’s design for a new public space in front of the train station was executed.

The next phase of the project includes the transformation of the monumental shipyard Willemsoord into an accessible mixed-use district. 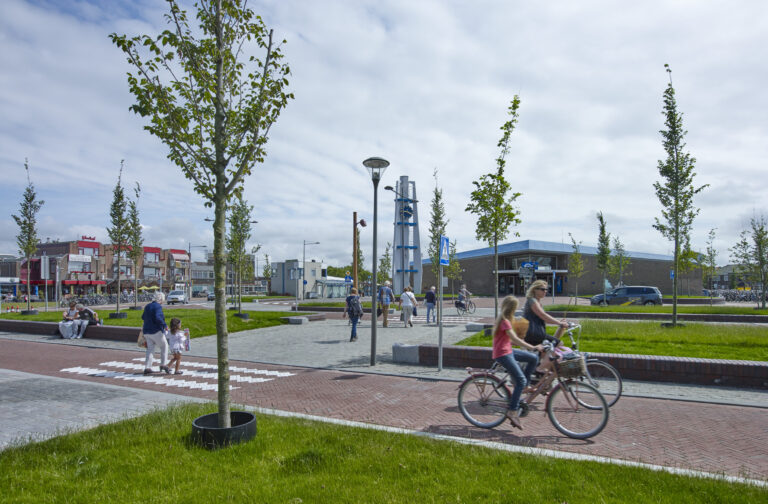 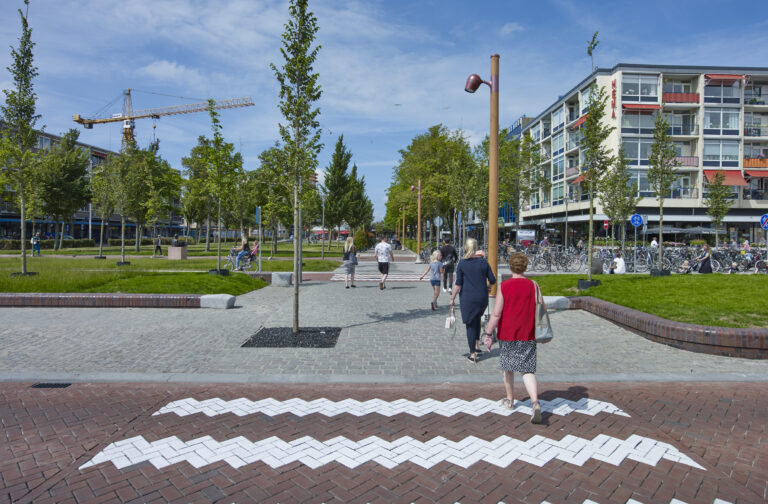 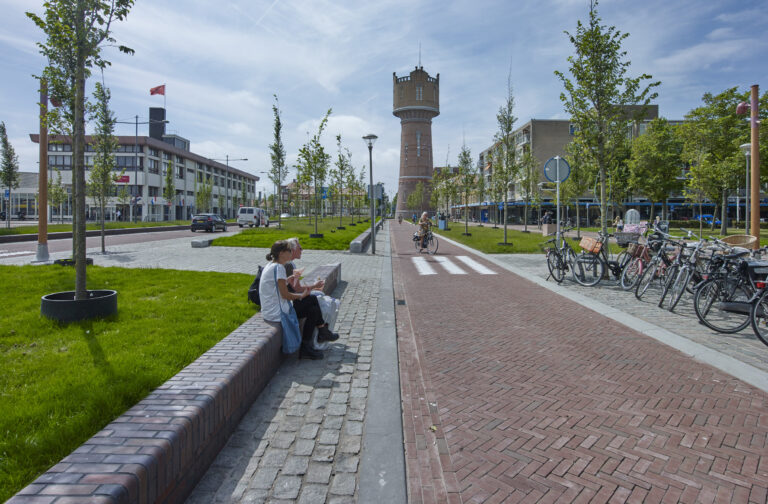 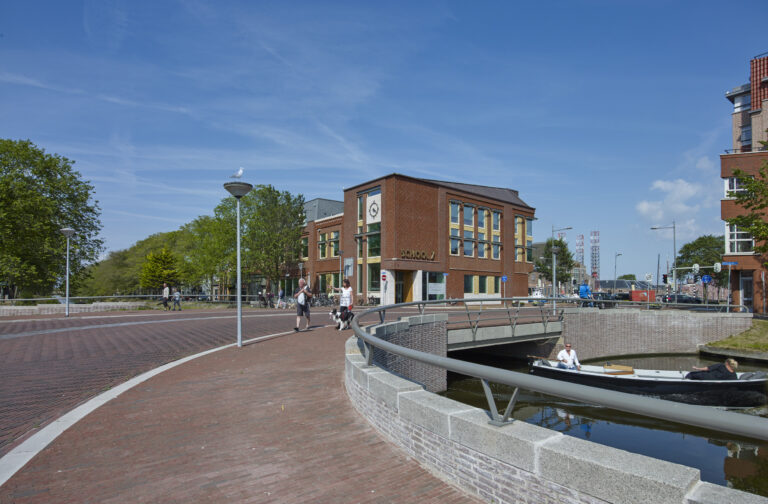 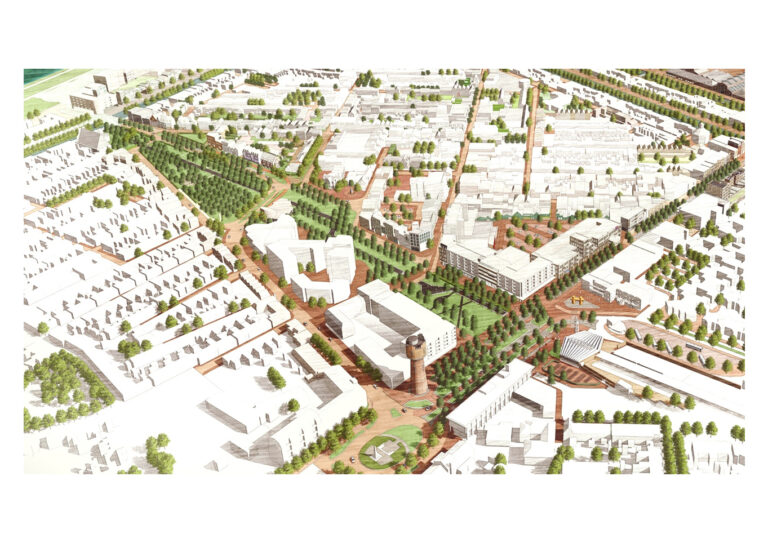 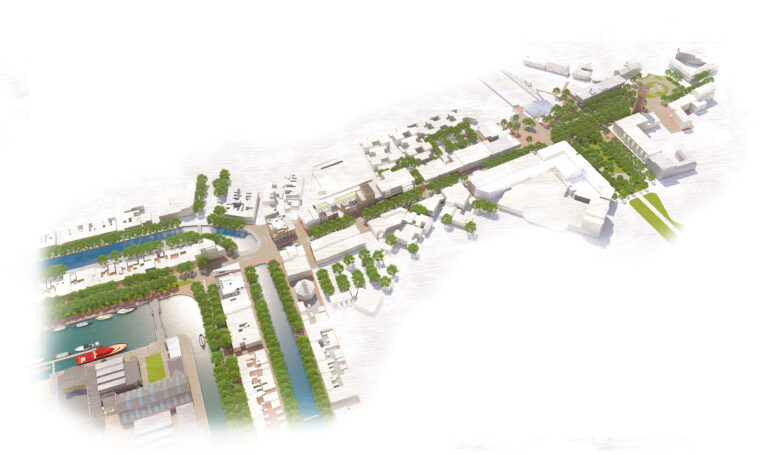 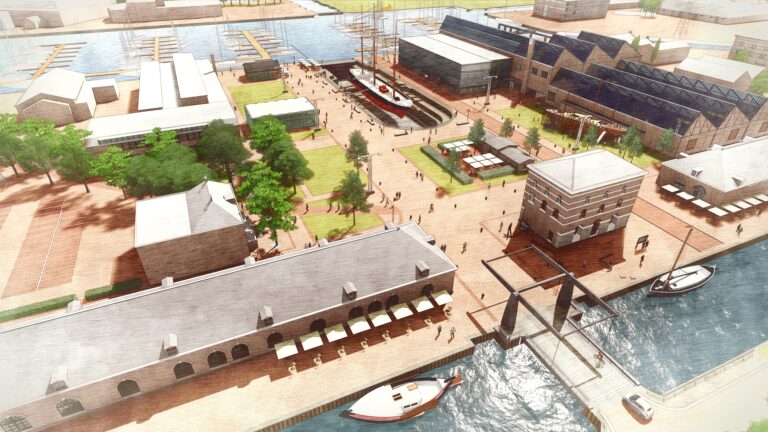