Fort bij Vechten was constructed between 1867 and 1870, is one of the 46 fortresses that make up the Nieuwe Hollandsche Waterlinie (The New Holland Waterline), a 85km long and 3-5km wide, military defence line which was made up of an ingenious system of inundation zones, bastions and walled cities. Today, the site is a popular and interactive museum that tells the story of this inventive water system.

West 8 has transformed the site with an 80m wide band, in which the fort is allowed to be brought back into its original, barren state. To help with interpretive storytelling, the sheer size of the fortress has been brought to attention by the creation of an an ‘at grade’, 1.5m wide, entrance pathway that dissects the 6m high defence mounds.

One of the highlights inside the museum is the 50 metre long open air replica of the entire New Dutch Waterline, which can be inundated by visitors. The site is surrounded by a wide moat and, as a result of its isolation, the site is host to numerous rare and endangered plant and animal species. 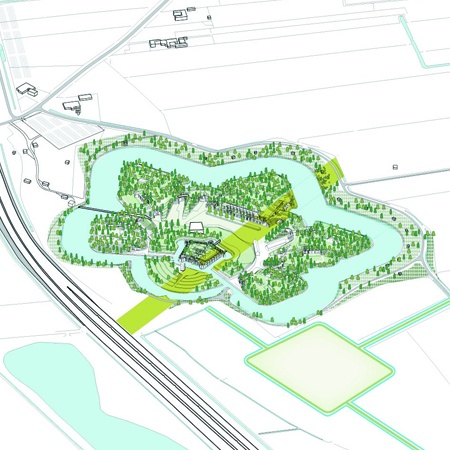 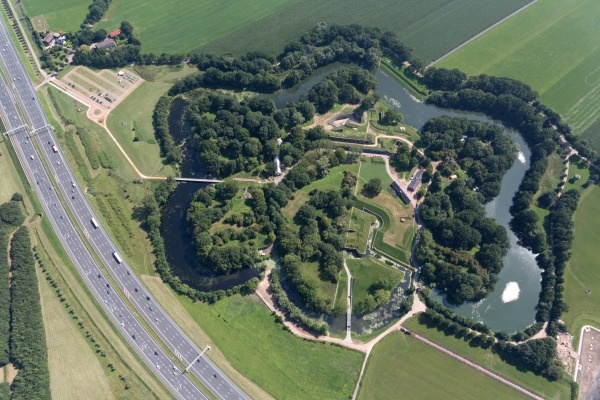 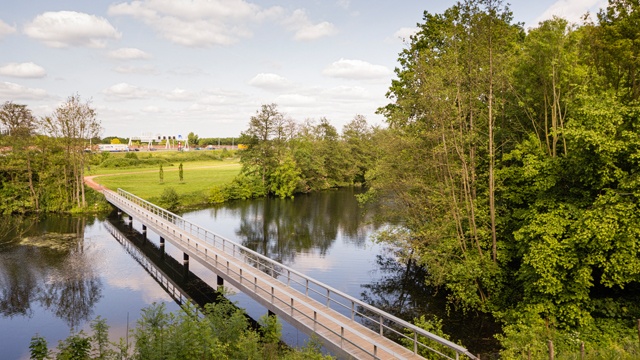 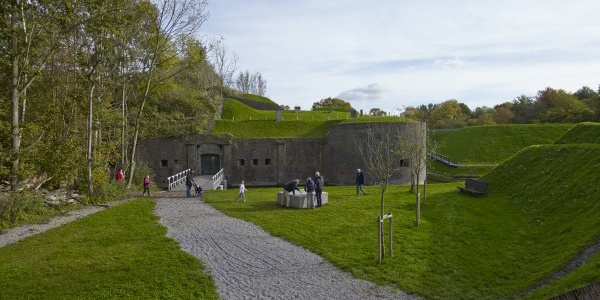 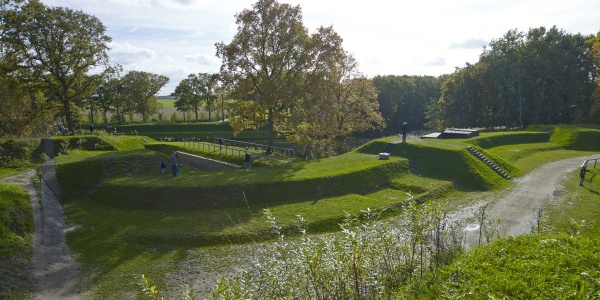 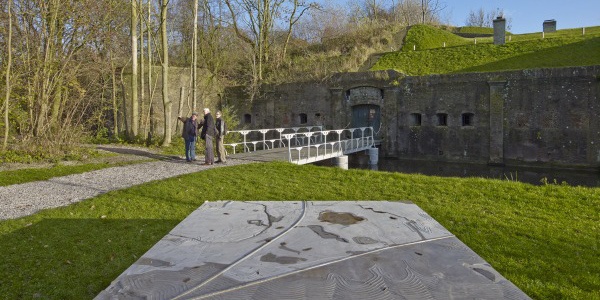 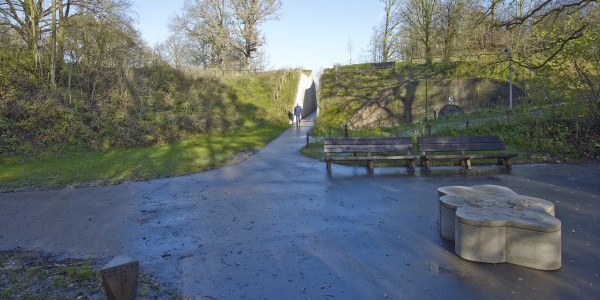 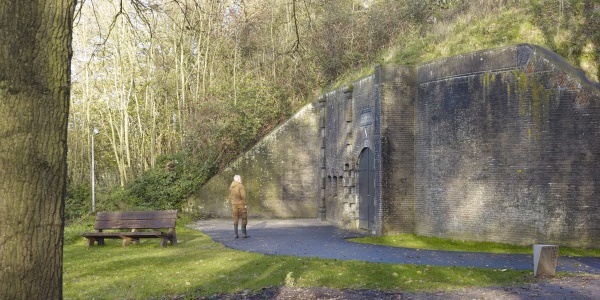 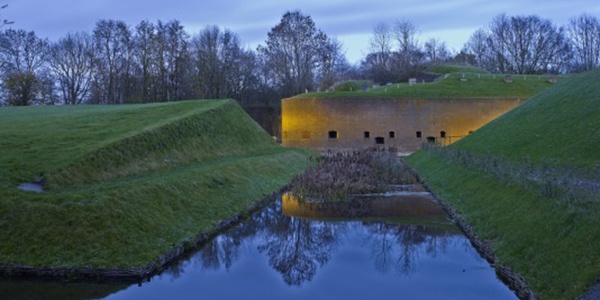 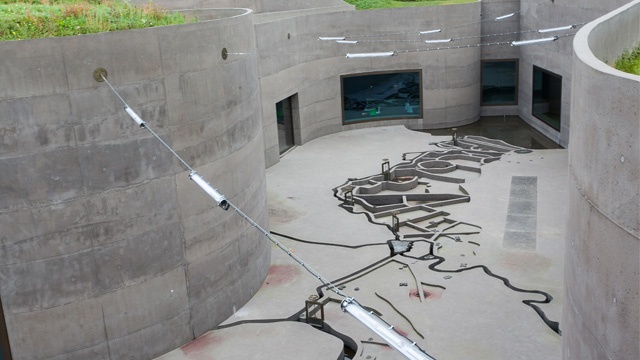 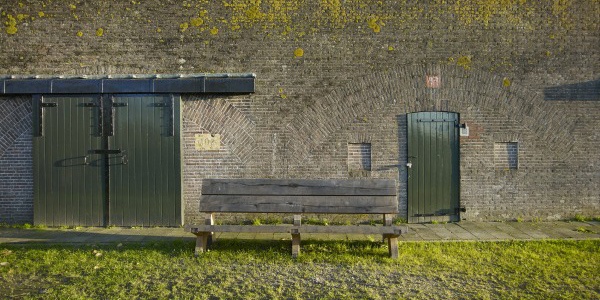 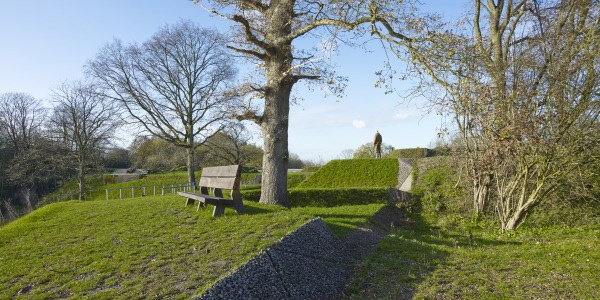 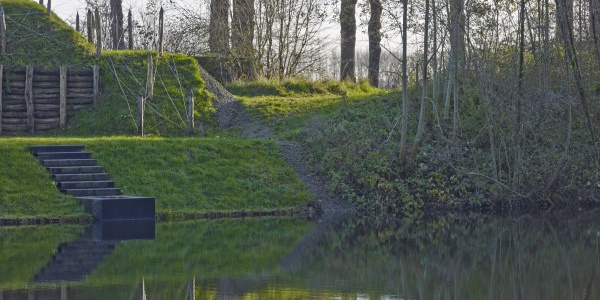 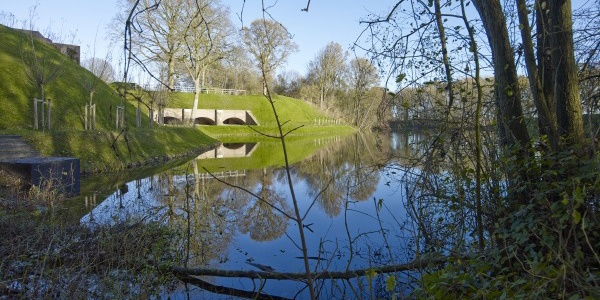 Since 1995, the entire 42,000ha area has been nominated for UNESCO World Heritage listing, and since 2005, the Linie is declared Dutch National Monument. Fort Vechten, owned by the Forestry Department, is included in this refurbishment program and since 2006 the fortress, consisting of military barracks and ammunition storage buildings, was slowly being restored and a new National Waterlinie Museum was constructed.

After many years of neglect, the grassed structure – all the buildings taking up 10% of the site are buried – was completely overgrown. West 8 and Rapp+Rapp Architects won the competition commissioned by Utrecht Province in 2006. Together with Rapp+Rapp (Christian Rapp) in collaboration with Jonathan Penne Architecten (Penne Hangelbroek), West 8 helped to guide the process of rehabilitation and construction of the site. Besides the restoration of buildings and museum construction works, part of the 17ha earthen bastion has also been brought back into its original state. The museum was opened to the public in 2015.

For more information on the project visit: The Making of Fort bij Vechten, Fort Vechten l Waterline Museum and Hollandse Waterlinie or the article by The Atlantic City Lab: How a Defensive Moat Became a Top Tourist Attraction.