In July 2015 West 8 was announced as the winners of the urban design and landscape conceptual planning competition Brunecker Strasse (ehem. Südbahnhof) in Nuremberg, Germany. The 90-hectare former industrial site is to be redeveloped into Lichtenreuth, a new urban mixed-use district complete with residential, civic and commercial uses as well as a variety of public open spaces.

The new development establishes a sub centre that connects and serves the rather mono-functional surrounding areas. The result is a compact and dense design both in appearance and program for a diverse new neighborhood. The redevelopment district itself is divided into sub-areas (modules). Intensely programmed transitional green public spaces separate different zones of the site and yet provide connections. This network of green corridors is part of an integral green public space to help orientating all dwellings and commercial areas in the neighborhood.

This green public space programmed with playgrounds, sports and a tramline, aims to facilitate the natural formation of a local community that provides basis to a social, healthy and sustainable lifestyle. The key green space in the planning area is the Lichtenreuth Park, a linear park stretches from East to West, connecting Hasenbuck Park with Volkspark Dutzendteich. It will become the ‘green heart’ of the new Lichtenreuth. 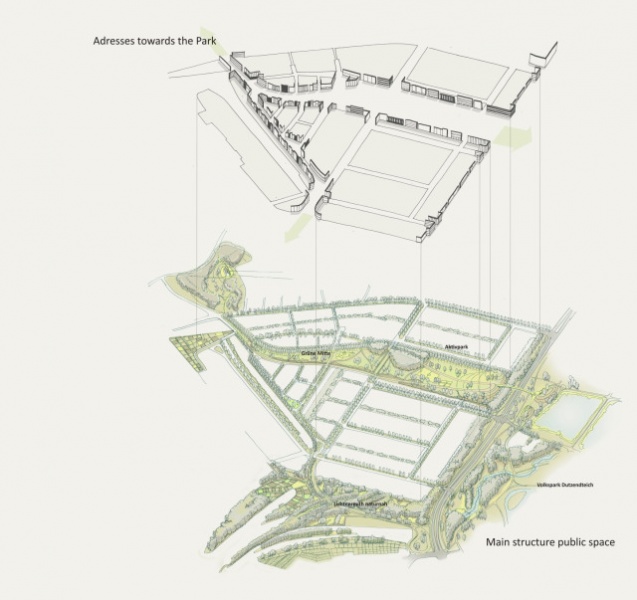 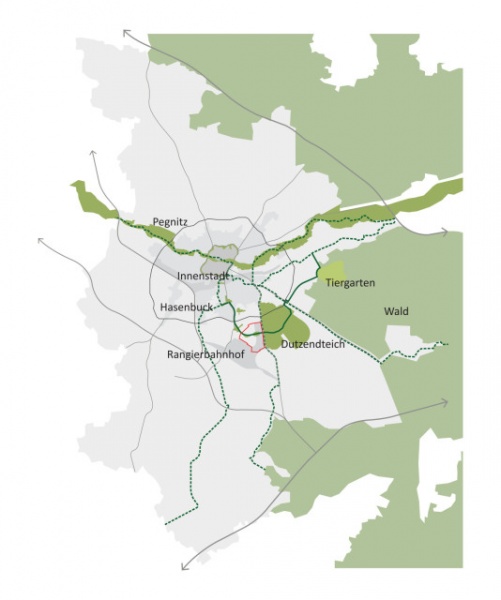 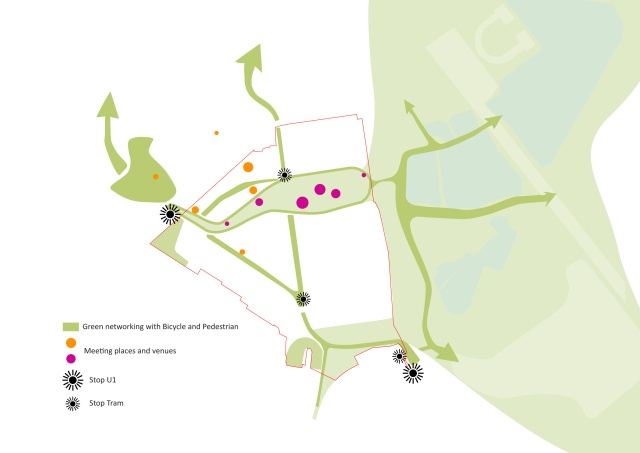 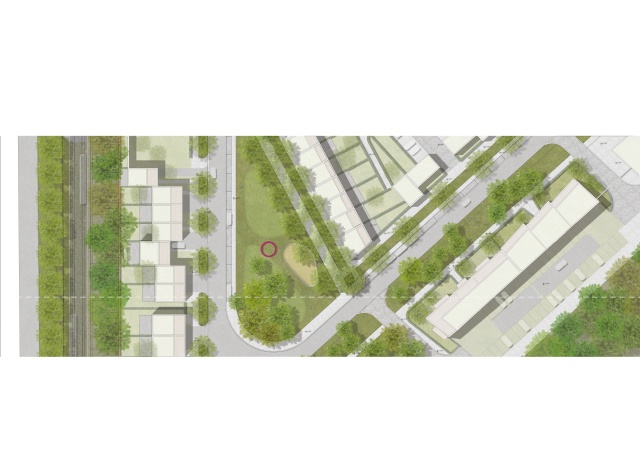 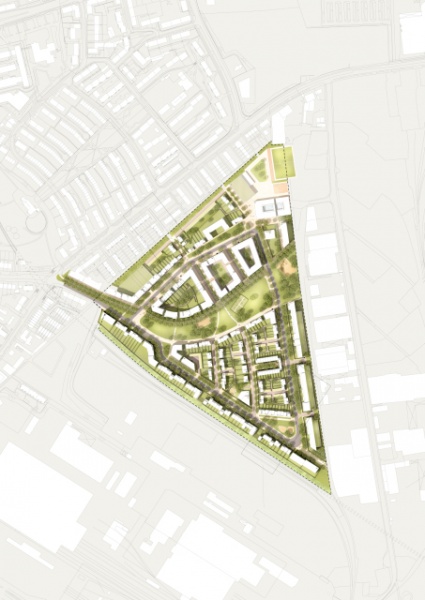