The city of Hasselt became famous when the mayor introduced free public transport. With the master plan for the dramatically dated environment of the city station, the city wishes to give its center a new impulse. The basis of the master plan is a set of new squares and streets that will form a blueprint for the future buildings. The Park lane and the new station will make way for upgrading the area on both sides of the tracks. Adding new public spaces will enrich the urban tissue. Between the station square and the center, a promenade forms the basis for lively facades with shops, restaurants and cafés. There is also a lane for busses, embedded in the promenade.

Apart from bus and train, the car is still a very important means of transport to get to the center. Below the Promenade lies a public parking garage. The garage will consist of three storeys, two underground and one above ground, offering parking space for about 1500 cars. This parking garage, with a volume of 50 x 300 metres, will be the largest public building of Hasselt. In the zone between the Promenade and the tracks a new city facade will be constructed, with offices, city dwellings, a hotel, cafés and restaurants. 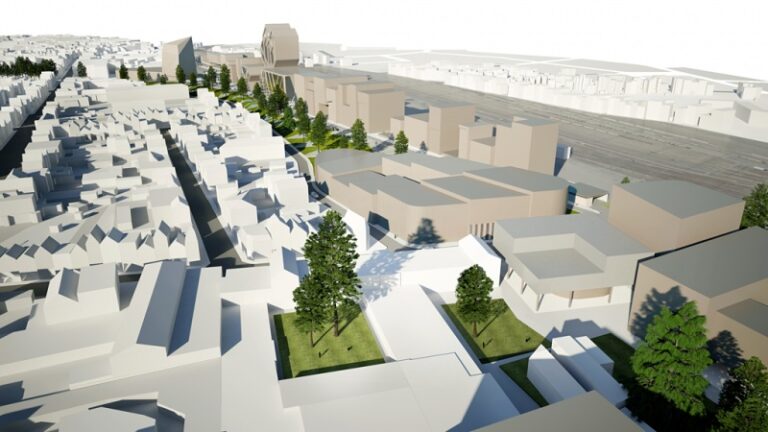 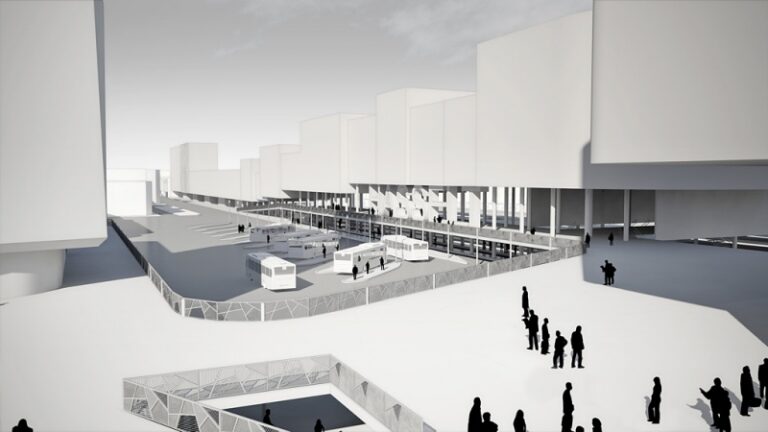 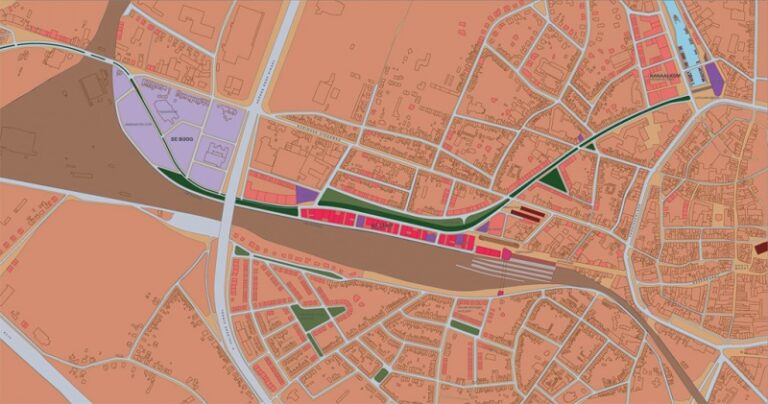 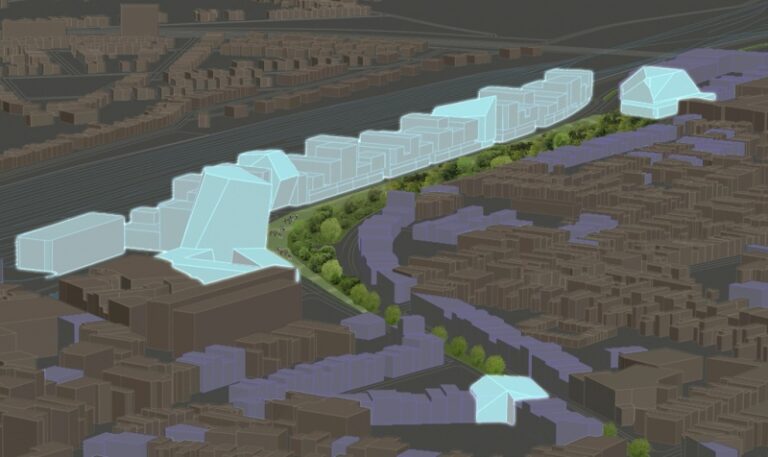