The Jubilee Gardens underwent a major transformation to mark Queen Elizabeth II’s Diamond Jubilee celebrations in 2012. The park, a spectacular green public space along the Thames is now a focal point on the South Bank, adjacent to the London Eye, between Festival Hall and County Hall.

Slightly elevated from street level, the gently sloping topography presents visitors with a truly spectacular view of London. The undulating hills allow for dramatic river views with a panoramic backdrop featuring the Houses of Parliament and Big Ben. The lush greens of the park reflect The All England Lawn Tennis Club; Wimbledon, while the stark white granite hard surface detailing is suggestive of the White Cliffs of Dover. 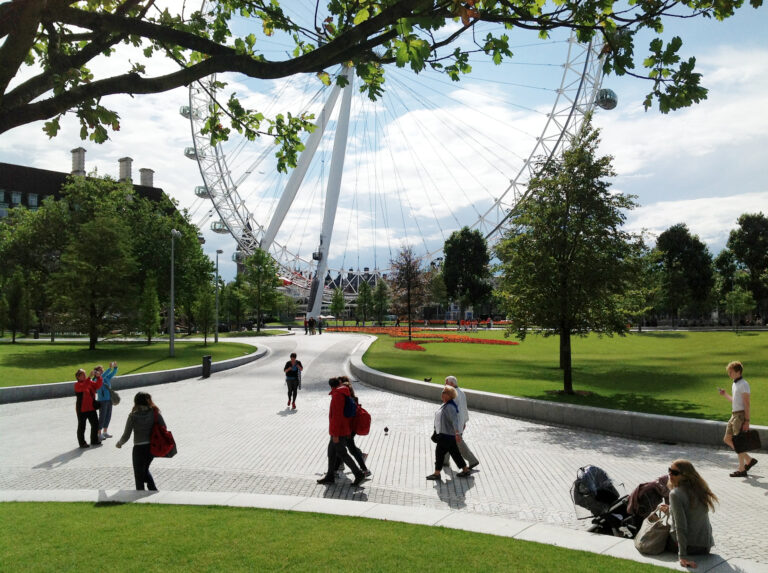 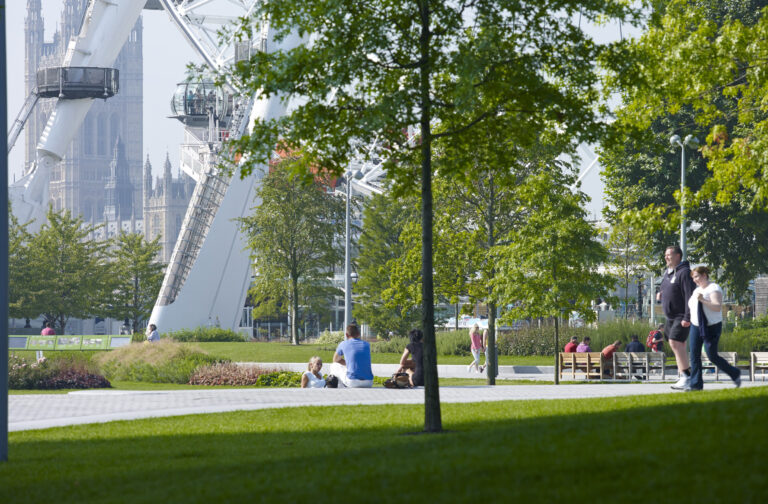 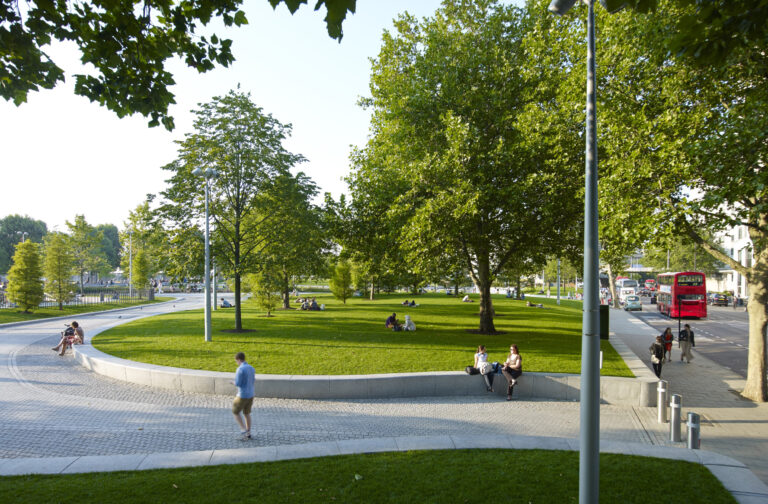 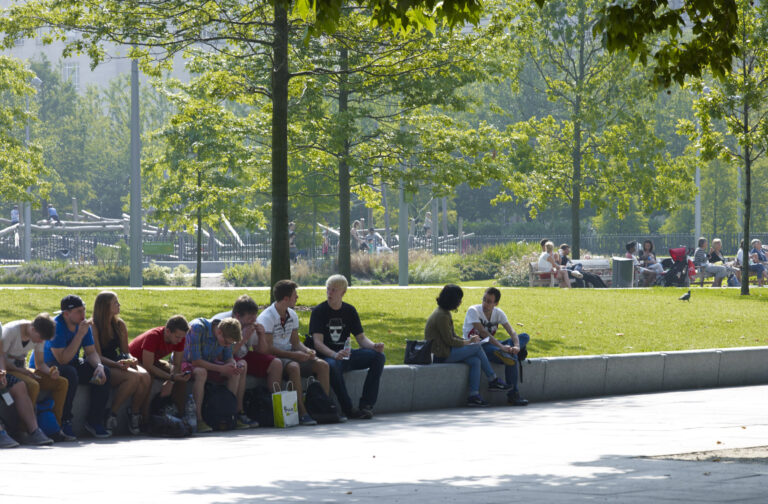 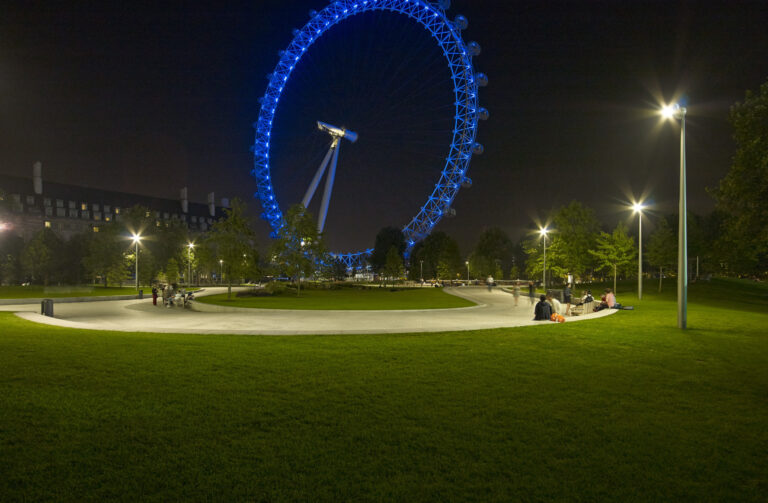 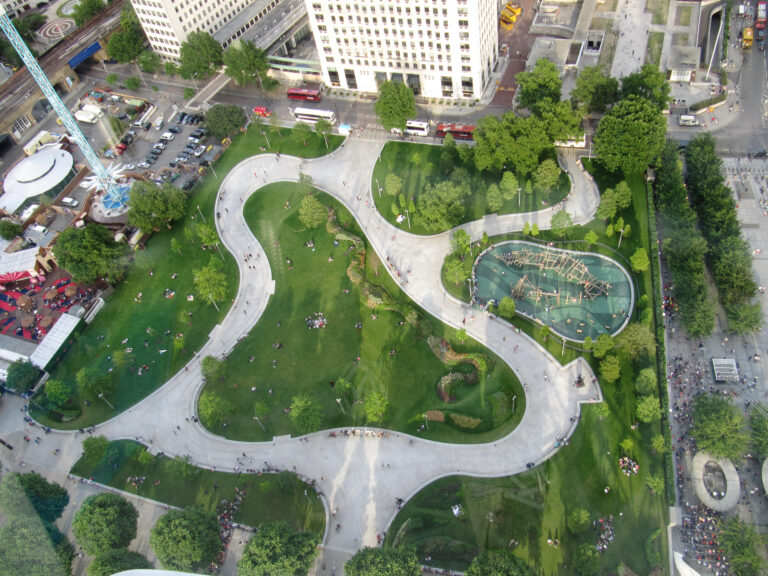 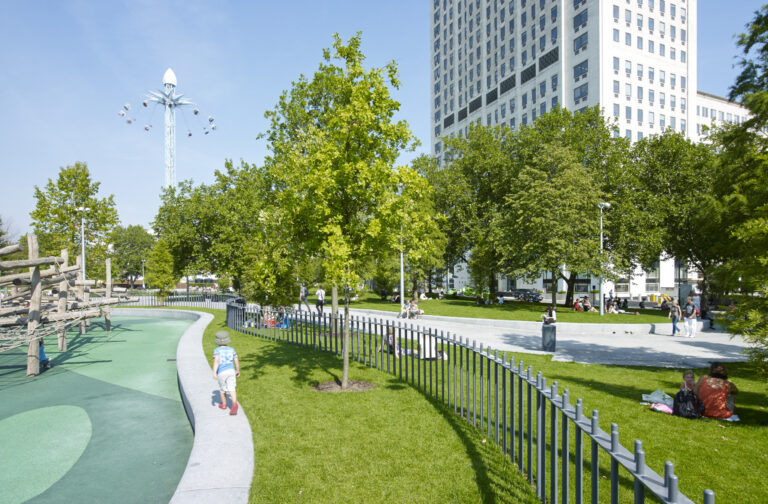 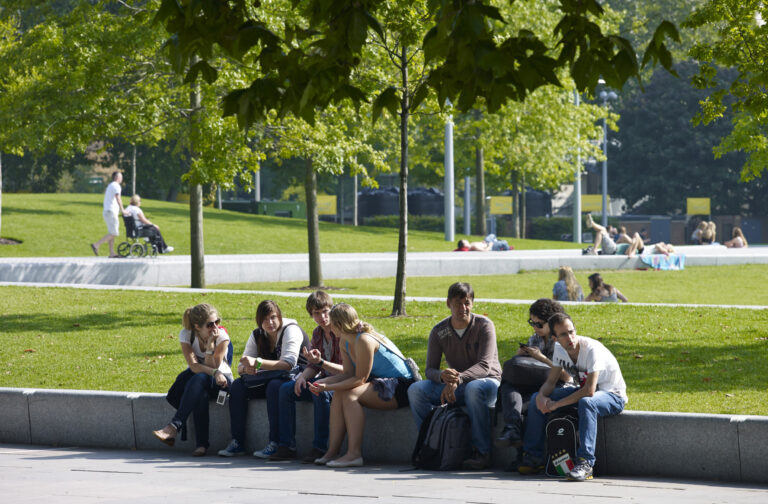 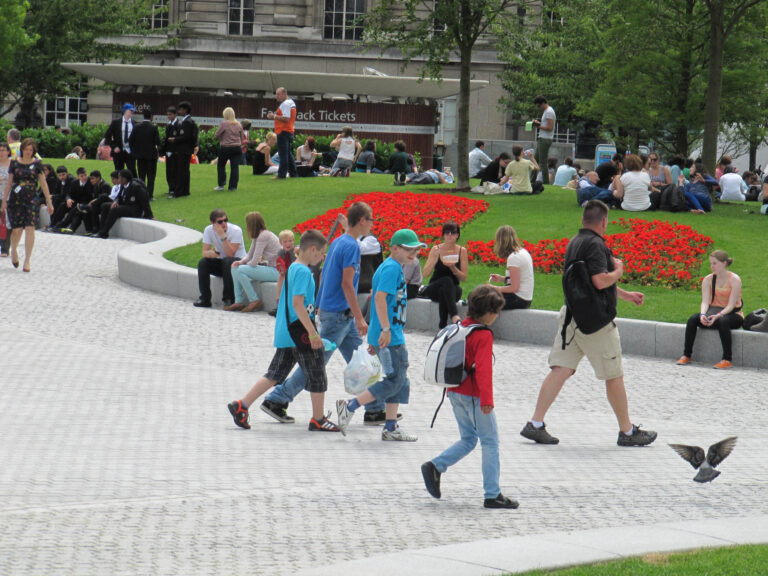 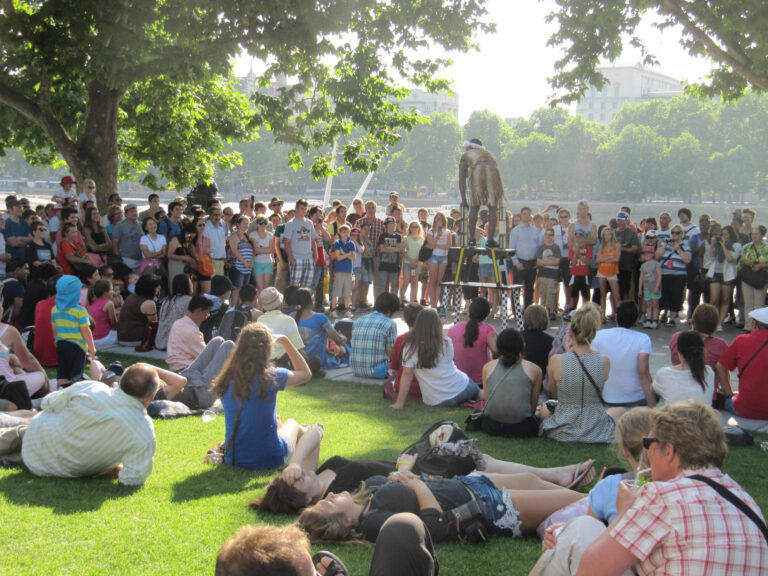 The Jubilee Gardens were first built in 1977 to mark the Silver Jubilee of Queen Elizabeth II., but they were irretrievably damaged during the construction of the Jubilee line. The Queen’s Diamond Jubilee provided a perfect opportunity for the £5 million transformation.