Köln-Rondorf Nordwest is located in the south of Cologne underneath the outer green belt park which wraps itself around the city. Its location allows both a strong infrastructural connection to the city centre and direct addresses to the vast green areas that surround Rondorf. Together with Amelis, a joint venture of Amand and Aurelis Real Estate, we are working on the development of ca. 375.000 m² into a new district with rural flair and dwellings for around 3.000 people.

Early on in the development, opinions and suggestions by a selected group of people from the neighbouring village of Rondorf were considered, allowing the design team to immerse themselves in their needs and desires for Rondorf Nordwest. The resulting product is a development plan which entails housing, several local amenities, a school, a kindergarten and a high school. Single-family homes will just as much be part of the district as multi-storey residential houses – some of which publically financed. Creating infrastructural connectivity of the existing and extended district was a major perquisite for the development on behalf of the municipality. Our concept will enhance both the local traffic flow and the connection to the city centre of Cologne.

West 8’s design does not expel all green from the area but rather pursues a layout with generous green spaces. The district will have a park in its centre and thus continue the infamous green belt of cologne to the doorstep of many houses. As the necessary infrastructure is created, the design encourages people to use their bike or public transportation over their car. A network of bike paths and a tram line will be woven into Rondorf Nordwest and existing streetscapes will be altered to manipulate traffic flow. The resulting quiet neighbourhoods are characterised by front yards and individually designed houses, embracing their location in the rural periphery of Cologne.

The project was revealed in summer 2018 and the first steps of construction were scheduled to begin in 2020/21. Due to completion of the new district in phases, parcels and flats will become available gradually. 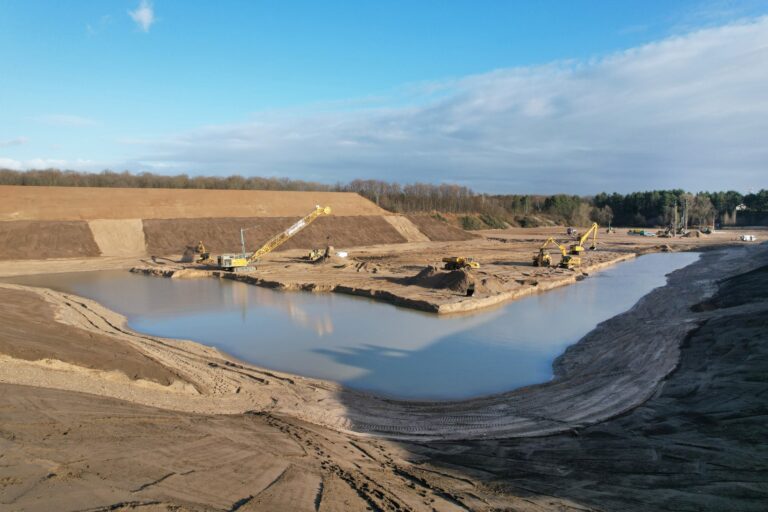 Construction update: March 2022
The first phase of construction works includes the realignment of the 6ha lake “Galgenbergsee”. 10m below ground level, the works include the creation of a noise-cancelling dike to mitigate the noise of the adjacent highway, the A4.