In conjunction with Expo 2000, Kronsberg was developed with a very diversified program comprising event areas and exhibition grounds alongside commercial and residential uses. To this day, Kronsberg has been popular for residential development due to its landscape park as backdrop. It boasts excellent accessibility, being well connected to key traffic routes and the wider road network. The project site at Kronsberg-Süd is regarded as the missing link between the former Expo site and the existing residential area at Kronsberg-Mitte.

West 8 in association with ASTOC Architects & Planners and SHP Ingenieure was commissioned in 2016 as the expert team for the urban planning of Kronsberg-Süd. Since then, the team, working closely with municipality and developer, has been taking on the task of shaping this new 53 ha. residential area with a design composed of the area’s unique location in the landscape, excellent accessibility, high energy-saving standards, exemplary rainwater management and diverse population mix.

Based on a concept of ‘Living on the outskirts’, the overarching design idea for the new residential quarter of approximately 3,500 units is characterized by the project area’s location on the south-eastern edge of the city, situated within a transition from the urban fabric to the open cultural landscape. The district is connected to the former exhibition ground at the east with the residential area Kronsberg-Mitte to the west. Because of its extensive size, Kronsberg-Süd is divided into three independent residential quarters, which allow for its gradual realization over time. Between the quarters lies a district park, stretching between the high ridge of the Kronsberg to the tram stops along Stockholmer Straße and Messe Ost. This district park together with the adjoining landscape form a continuous area of touchpoints of the residential buildings to the landscape at the Kronsberg.

The three districts consist of grouping of buildings around centrally located neighbourhood squares. These buildings consist of different types of dwellings, such as storey buildings and town houses with mixed housing typologies, aiming to create a diversity of social components. Where buildings are located at the edge of the district they orient inwards onto public spaces, similar to courtyard building typologies. These courtyard buildings surround public squares, which form the centres of individual quarters where social facilities and communal uses will be located, including six day-care centres and a primary school.

The traffic backbone of Kronsberg Süd is a main street parallel to the main tram line connecting the Kattenbrookstrift (Kronsberg Mitte) to the Lissaboner Allee (East trade fair). The main road also connects with Emmy-Noether-Allee, Stockholm-Allee and Milan’s street. All three residential districts are opened towards the central main street. 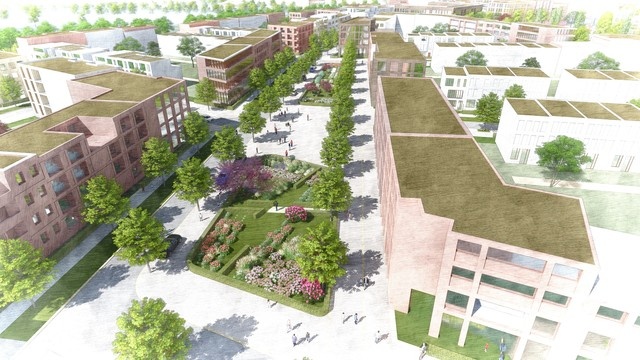 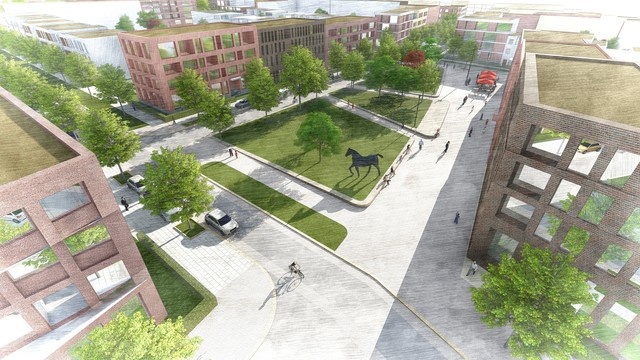 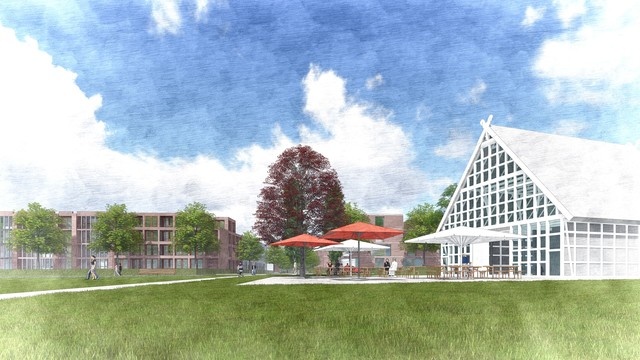 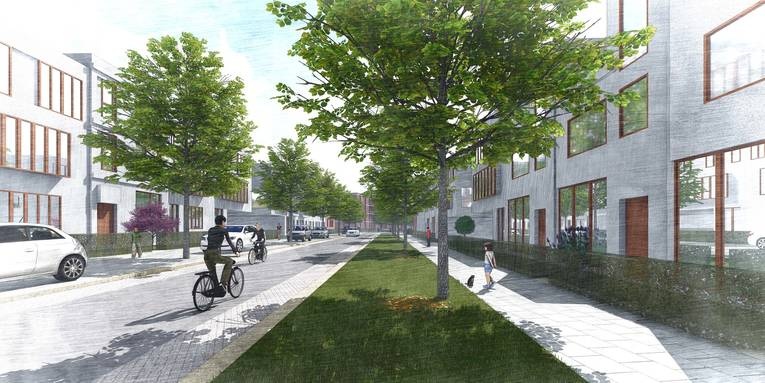 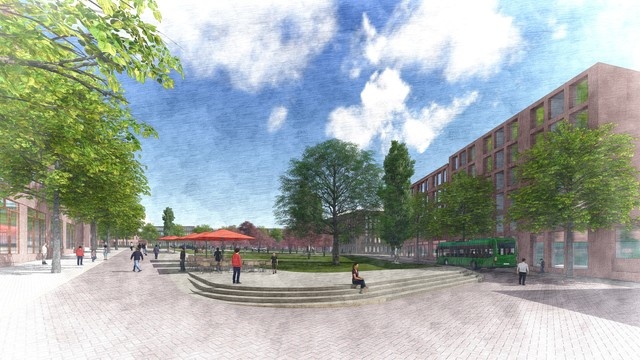 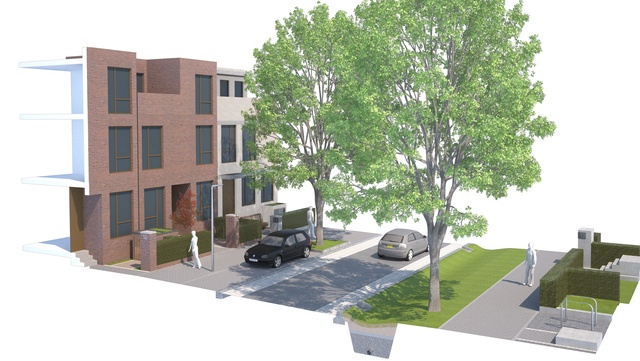 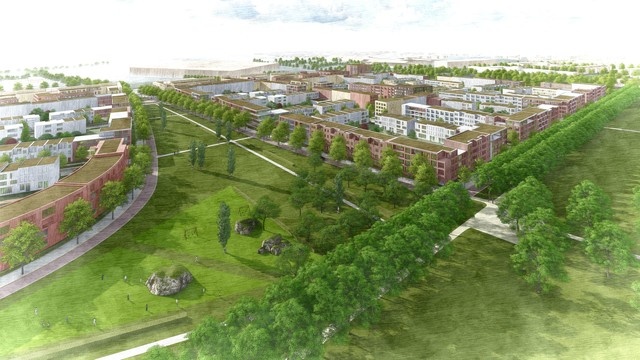 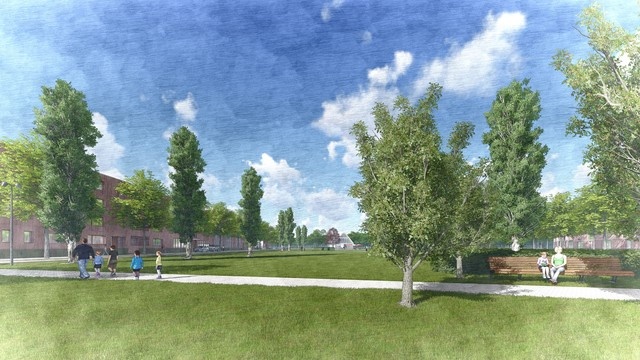 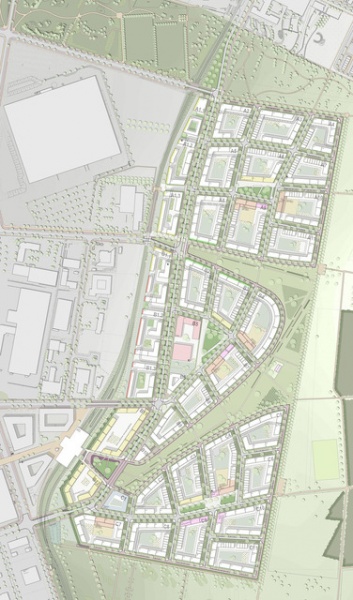 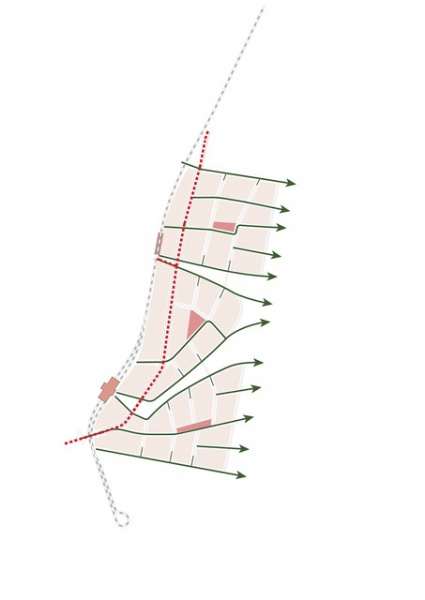 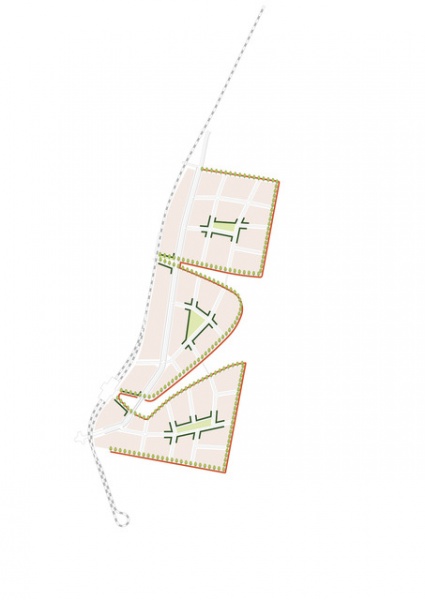 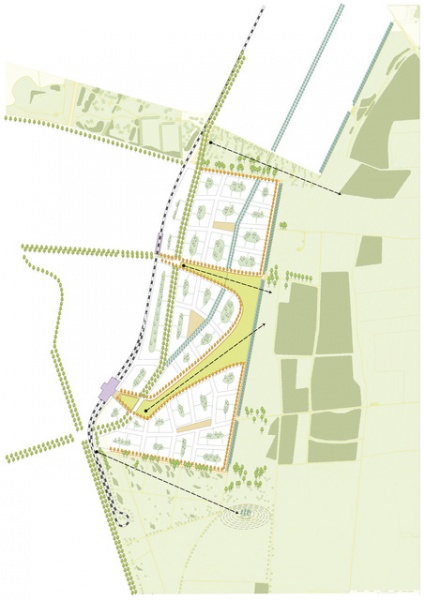 Providing more information, a documentary and article about the plans was created in 2022 (in German) by BAUKUNST.PLUS.