A new local railway line, the North-South line, is being constructed in Amsterdam. The Amsterdam-North City Council seized this opportunity to reduce traffic noise and the visual impact of the line, by lowering the road and the railway line below the existing ground level.

In 2003 the City Council chose the competition design of West 8 for the transformation of the urban landscape into a new central park. It is to be one of the key green pockets of Amsterdam that functions as a central meeting point, with spaces that can be used for large gatherings and functions.

The three existing parks that were isolated from each other needed to be tied together thus creating one central park. These parks are positioned in between and along the road and the Noordhollandsch Canal. West 8’s design proposed a broad circuit track that linked the existing disjointed parks, with new bridge connections which span across the canal and over the road and railway line. The circuit track can be used for walking, cycling, skating and jogging. Variations in the topography provide sightlines over the park and the surrounding area.

More information about the Bridges of Noorderpark: Here 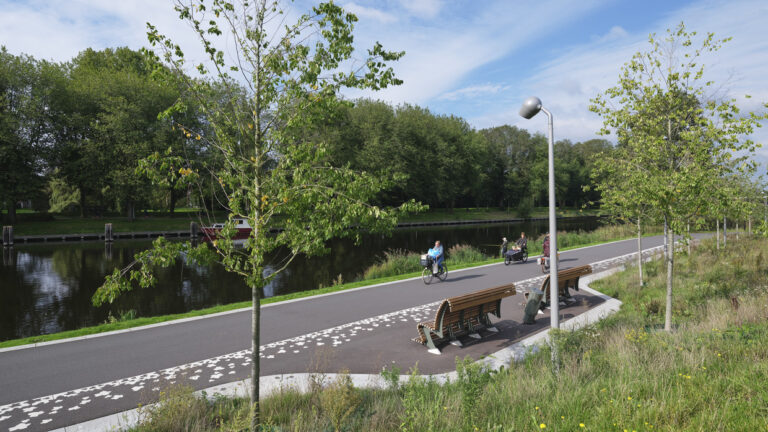 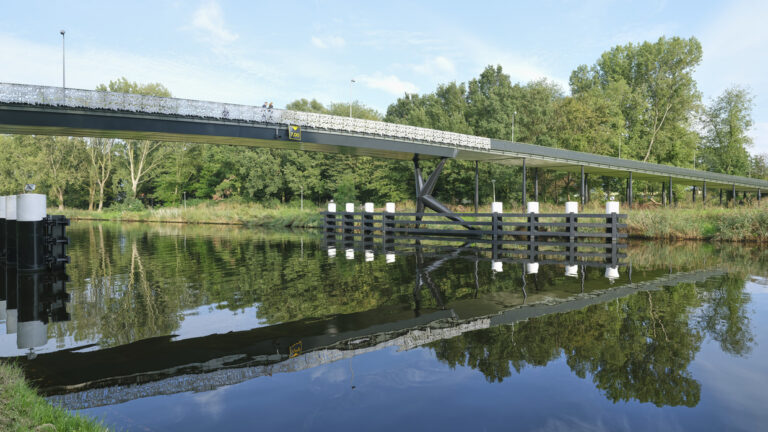 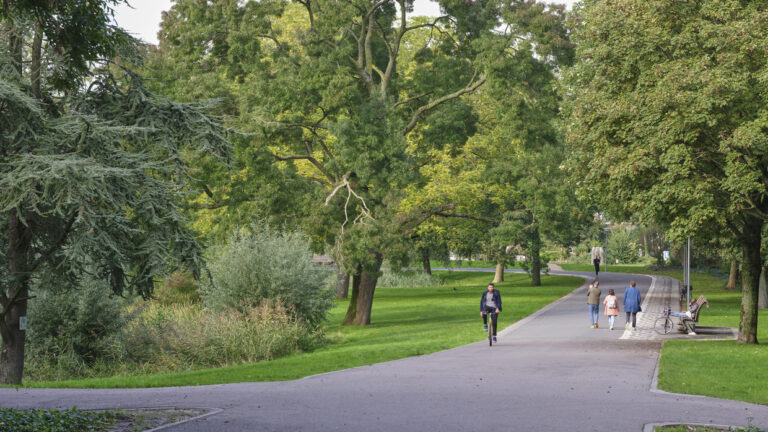 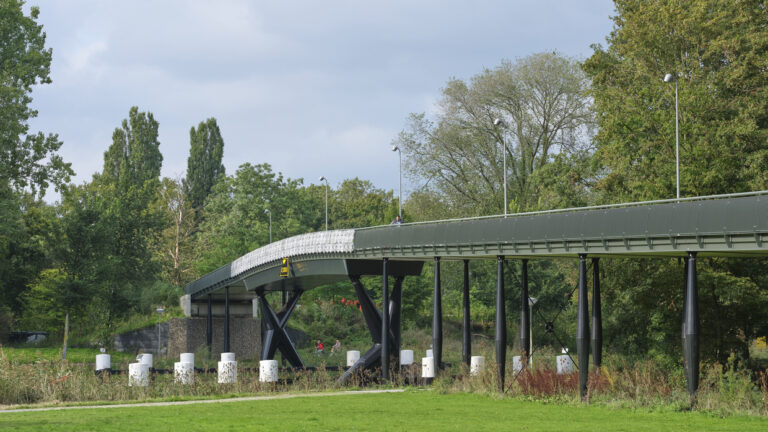 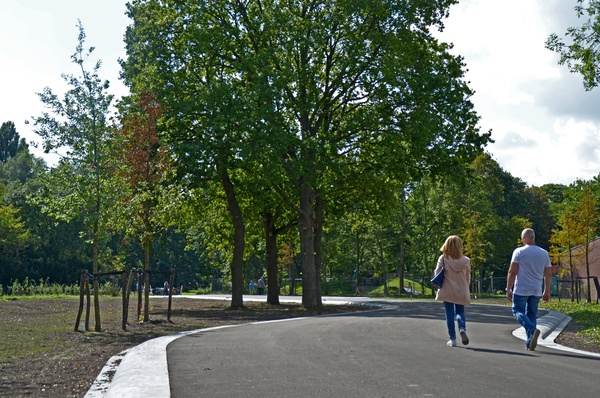 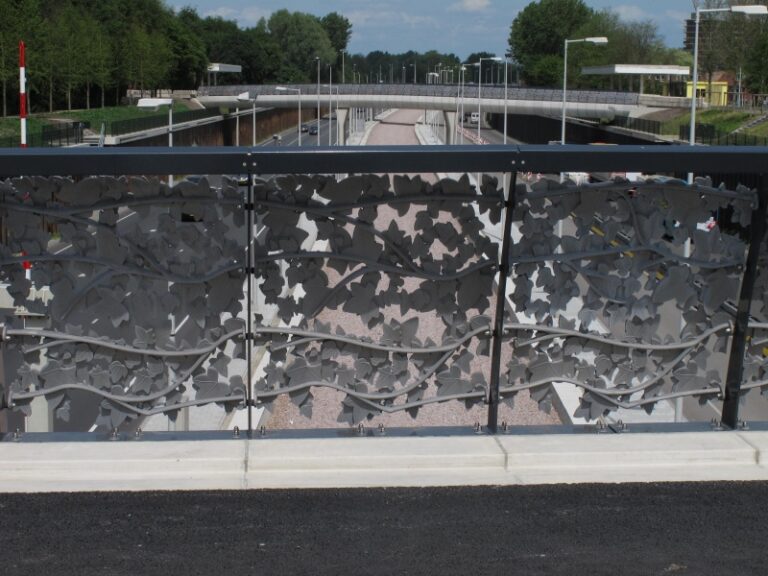 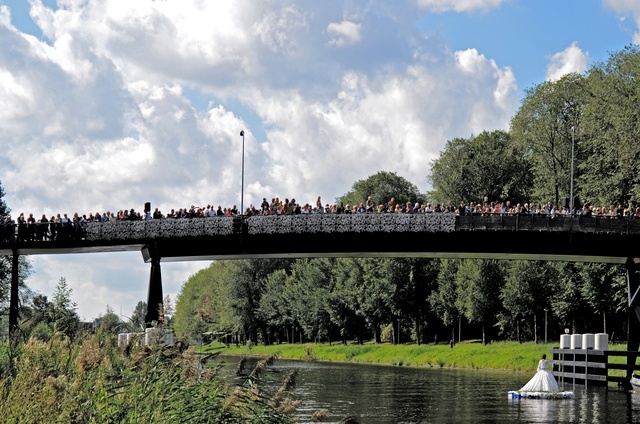 ABT (Civil & Structural) and SmitsRinsma (Horticulture)