As an integral part of the urban grid, the park and square connects adjacent programs, brings together different populations, families, students and workers, and provides a wide variety of possible activities and gathering places.

The Parc du Moulon and Carré des Sciences (Moulon Park and Science Square, respectively) is a four-hectare public space project within the urban campus development on the Saclay plateau on the outskirts of Paris.

Located in the heart of Moulon district, West 8’s concept for Park Moulon was rooted in the arboreal heritage and the natural topography of the site. The design is a mélange of environments that, together, form the coherent whole. Park Moulon features a series of comfortable pedestrian paths along the east and west edges of the park, and this help to animate the ground floor of the built fabric. The centre of the park functions as an intimate and contemplative space, oriented around a pond in the north and a large meadow in the south, this core surrounds ‘Point F’ and will support a wide variety of programming. The highlight of the park design, however, is the central “meander” which celebrates Saclay’s hydraulic heritage and acts as reservoir. The 200m long meander not only enables rainwater storage for the surrounding buildings, but it creates an iconic meeting point for the entire community.

South of Moulon Park, lies one of the main squares of the campus, les Carré des Sciences. The square design is an extension of the forecourt of the CentraleSupélec buildings and is a pivitol gathering place that hosts events related to campus life. The square and park are connected through the iconic ‘Point F’ pavilion, linking to Joliot-Curie Street and opening out onto the wooded edge of the park plateau.

Construction of Moulon Park and Carré des Sciences began in mid-2016 and the first phase was delivered in summer 2018. 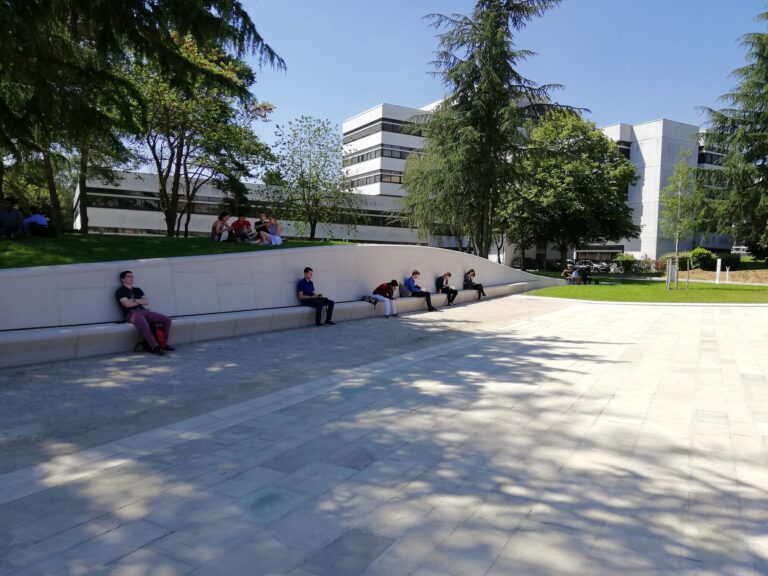 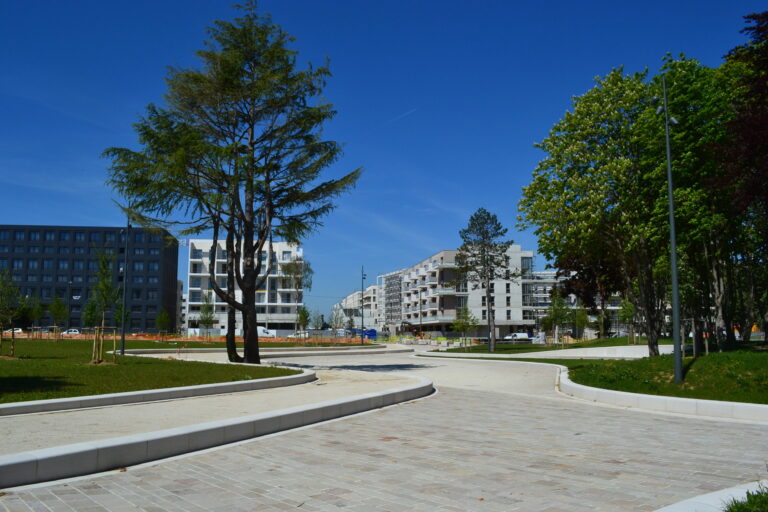 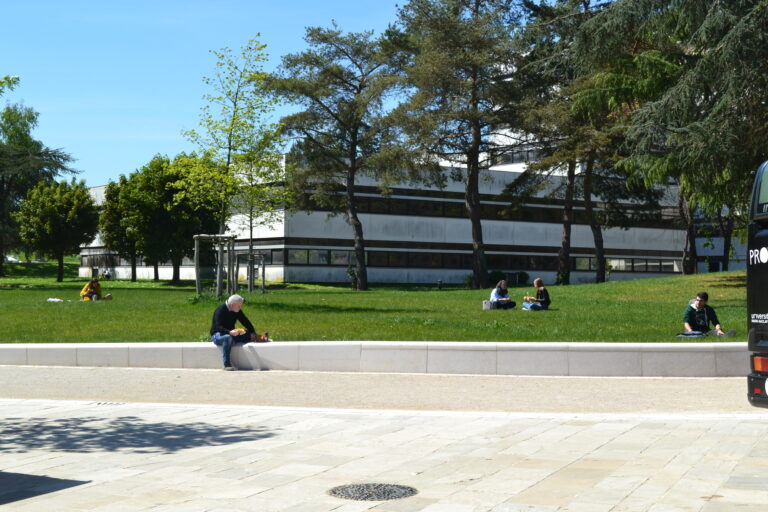 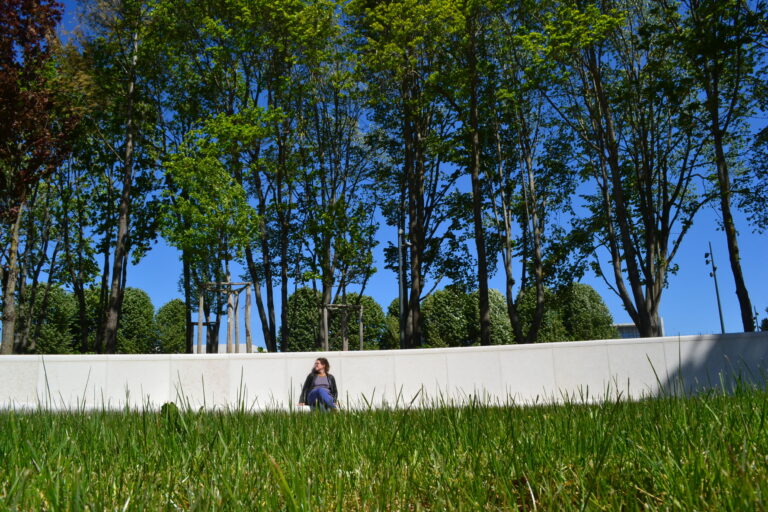 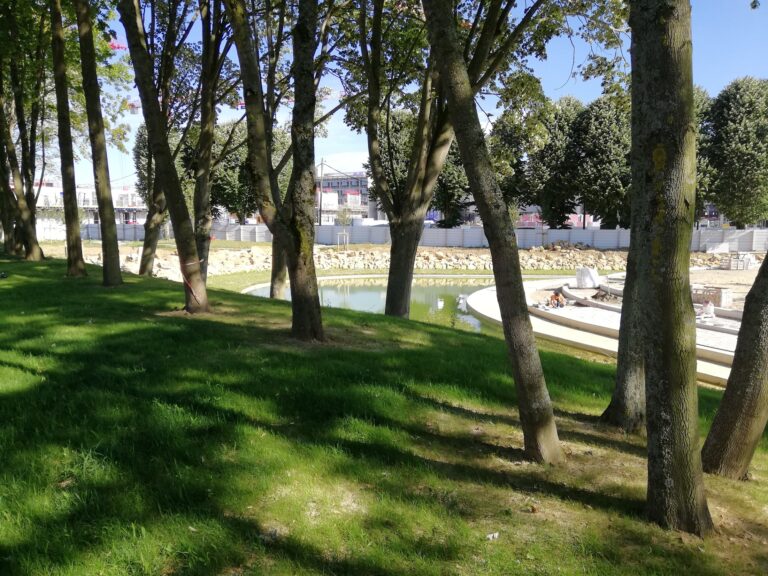 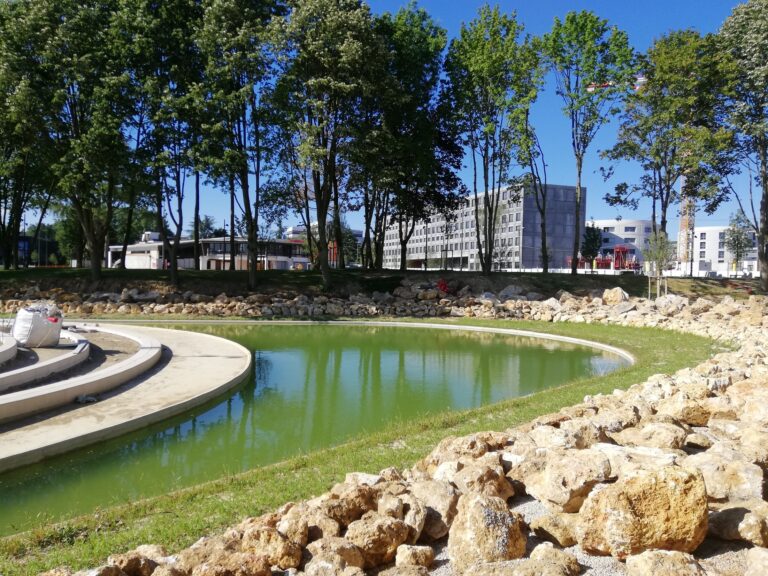 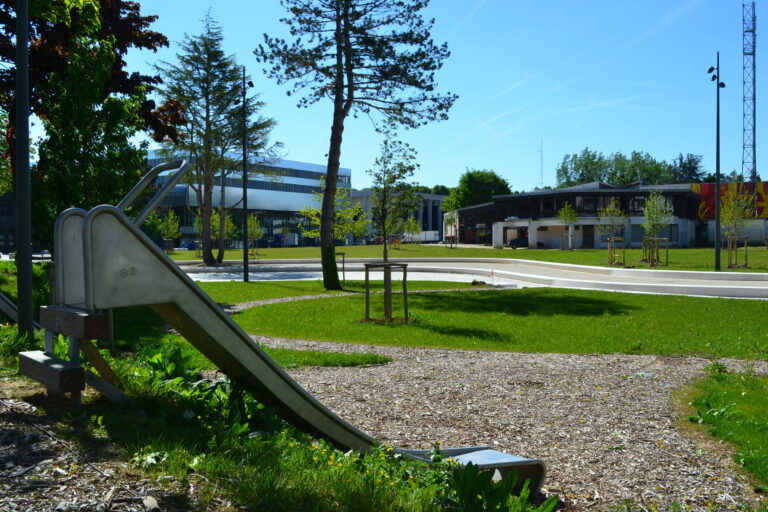 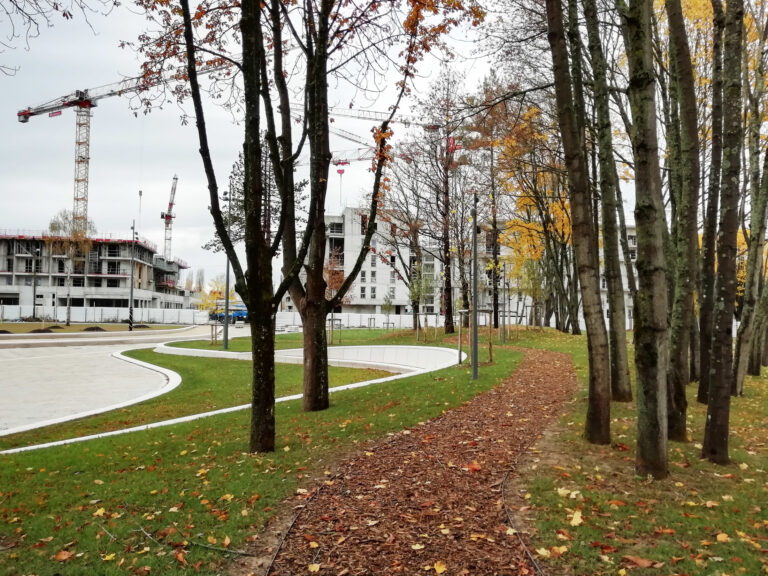 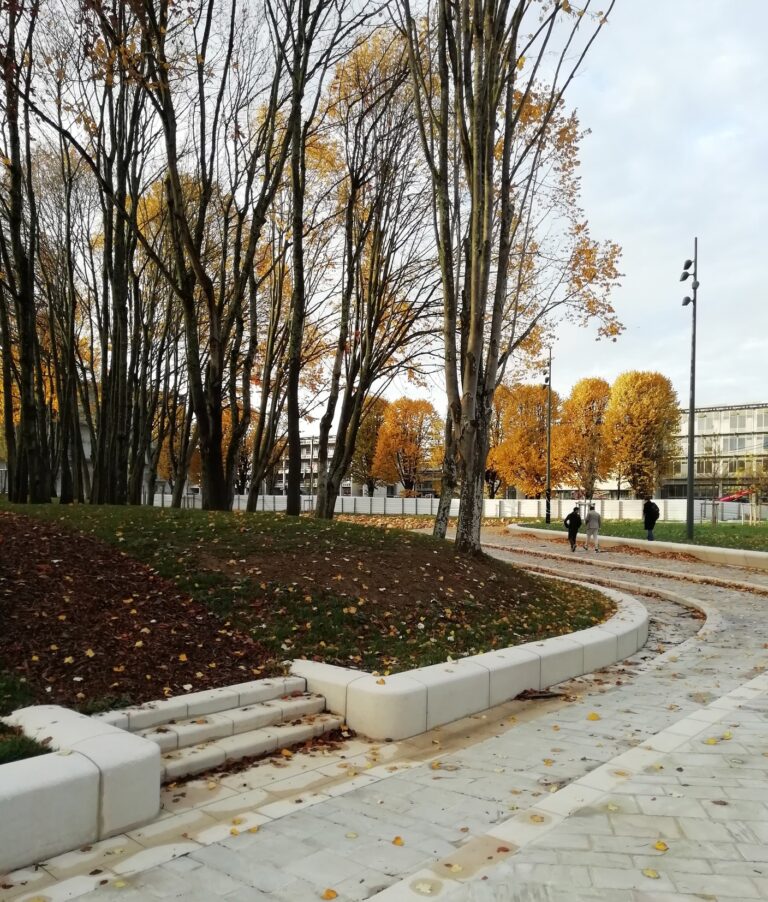 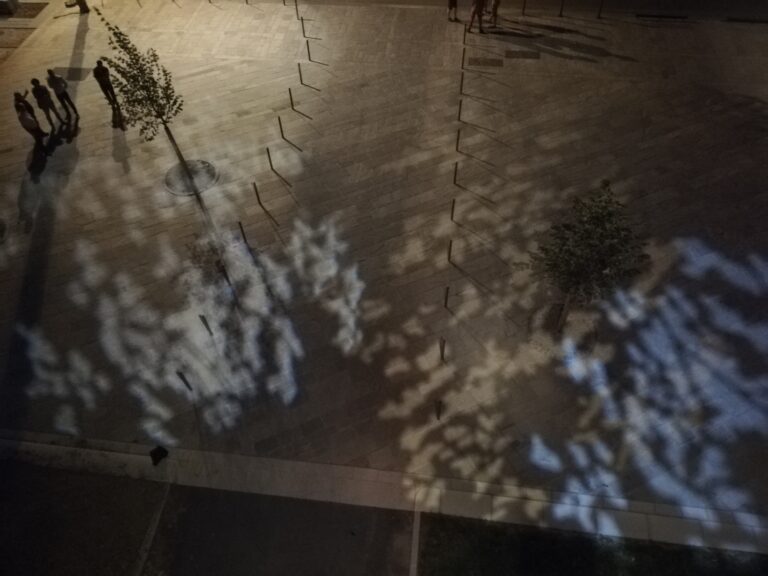