The Park pergola in the Leidsche Rijn Park is thé place where nature and culture come together. This botanical and ecological pergola offers the park visitors esthetic delight in a cultural-historical context and provides for a greater diversity in flora and fauna.

The pergola is proposed to be 3,5 km long and 6m high and surrounds in an open and transparent way the green courtyard of the Leidsche Rijn Park, called “The Binnenhof”. In a cultural-historical perspective the courtyard is perceived as an illusion of paradise, a secluded area, being in contrast with the outer world. Here people are withdrawn from the world and can retreat into themselves. On entering the Binnenhof you can leave your worries behind; all you have to do is to enjoy nature and have a good time. The Park pergola defines the borders of the Binnenhof, it marks the transition from one atmosphere into another. But because of the detailed gateways and its ecological and botanical content the pergola is also an attraction in itself.

The ecology of the Park pergola adds to the ecology of the park. Climbing plants occupy the construction which is adorned with ferns, moss and other vegetation. In consultation with ecological experts places for shelter and nesting for different animals are fitted in and under the pergola. This way the Park pergola gives nature more space and at the same time brings it within reach of the visitors.

The exciting ecological and botanical diversity is presented well by the architectural design of the Park pergola. Elevated honeycomb-elements, made out of durable concrete, with supporting columns formed as gateways, turn the pergola into a functional and at the same time recognizable entrance to another world. Because of the length of the Park pergola, new ecological connections can originate on a large scale; the pergola follows a route by which it crosses and accentuates the different parts of the park. For instance, the pergola doubles itself over a length of almost 200 meters to surround a sculptural garden, and to enclose the new rosary it transforms into abstract silhouettes of daisies.

As a result, the Park pergola is always more than just a necessary boundary line between two worlds; it is a crossing point you want to experience before entering the hidden paradise. 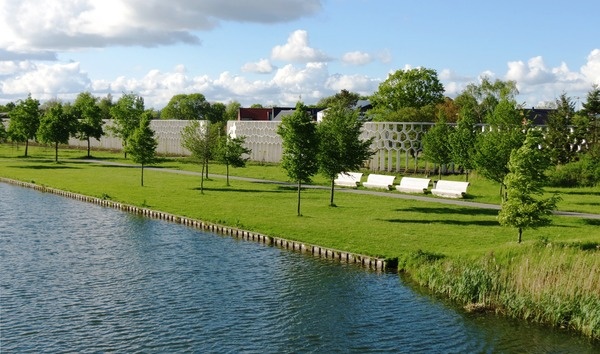 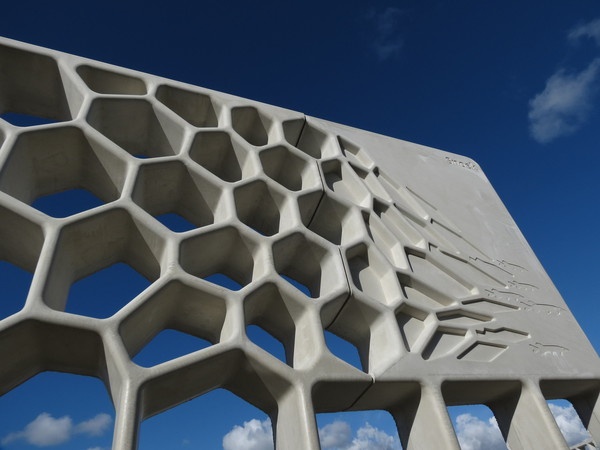 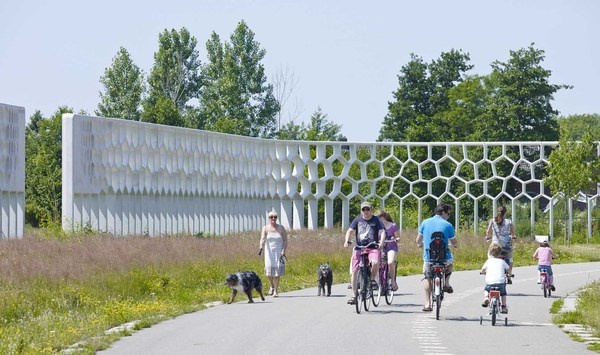 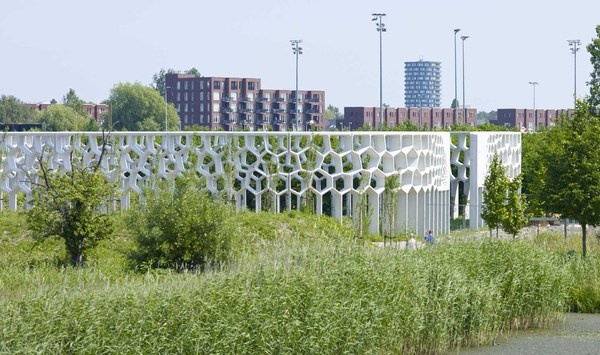 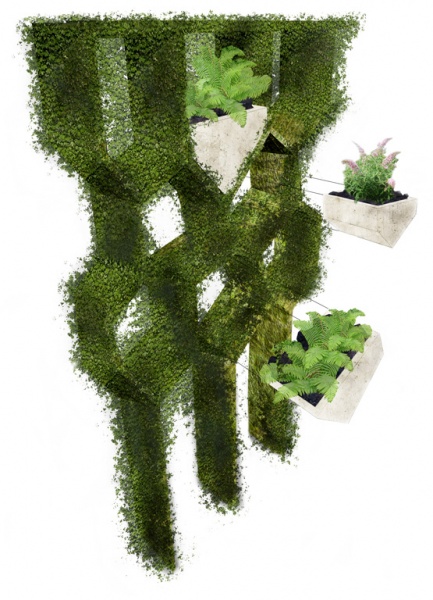 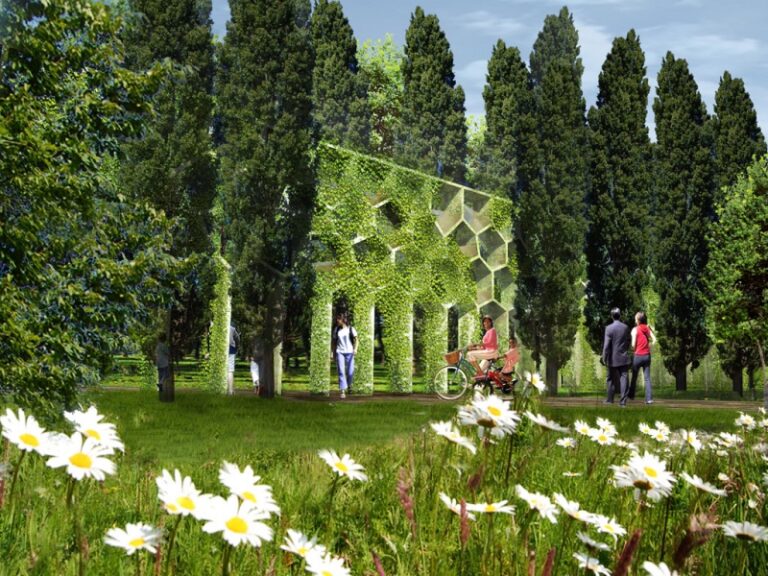 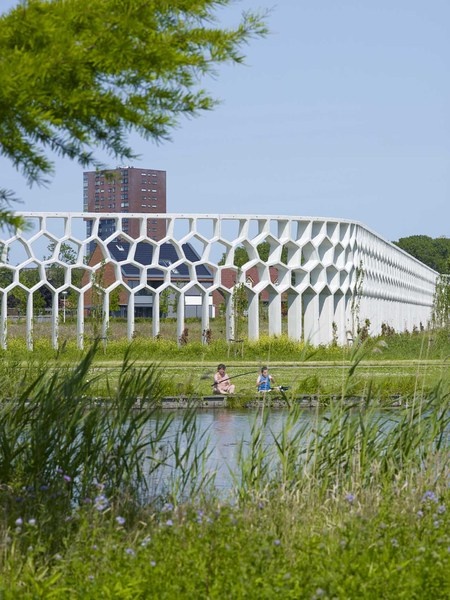 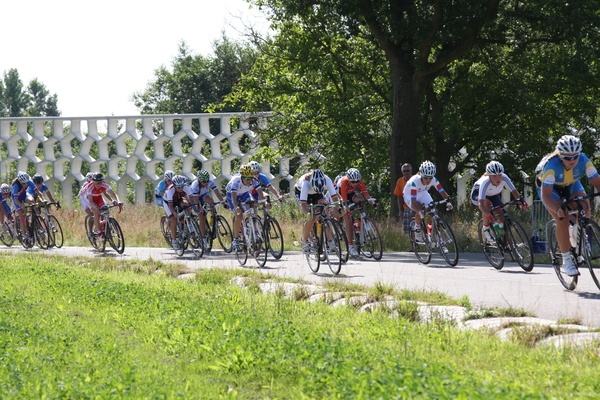 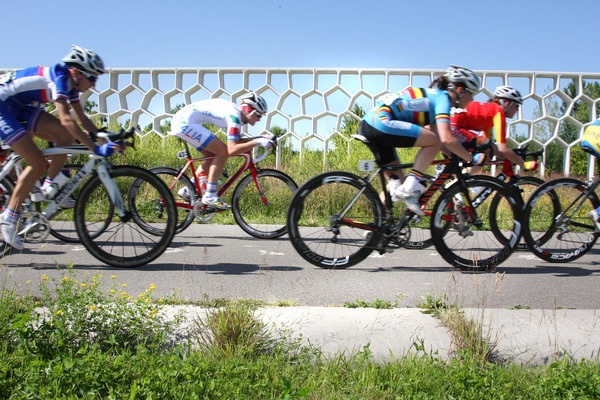 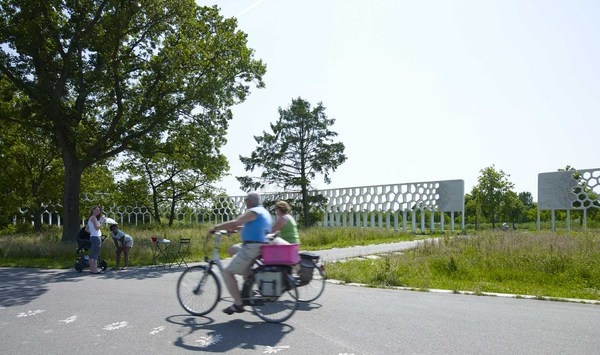 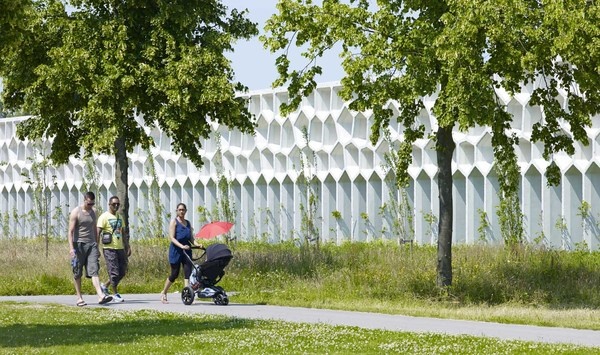 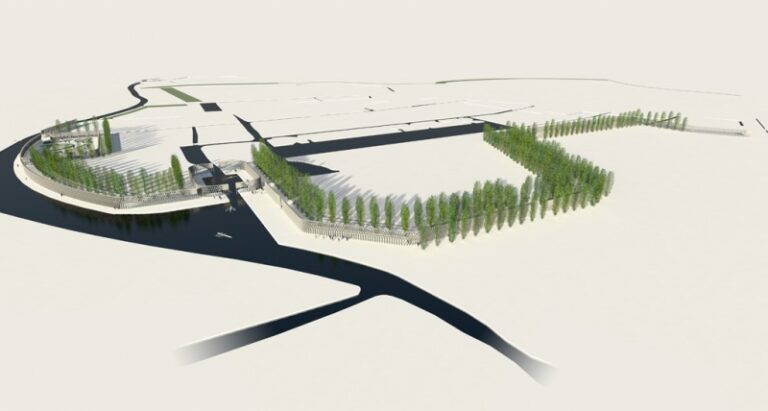 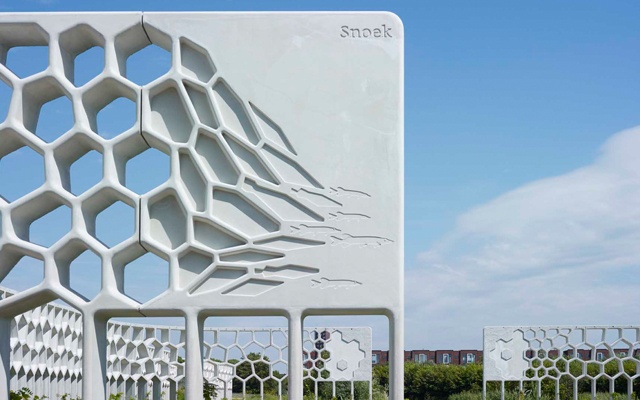 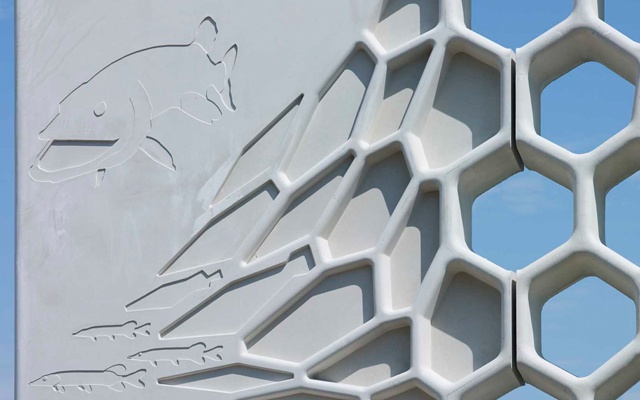 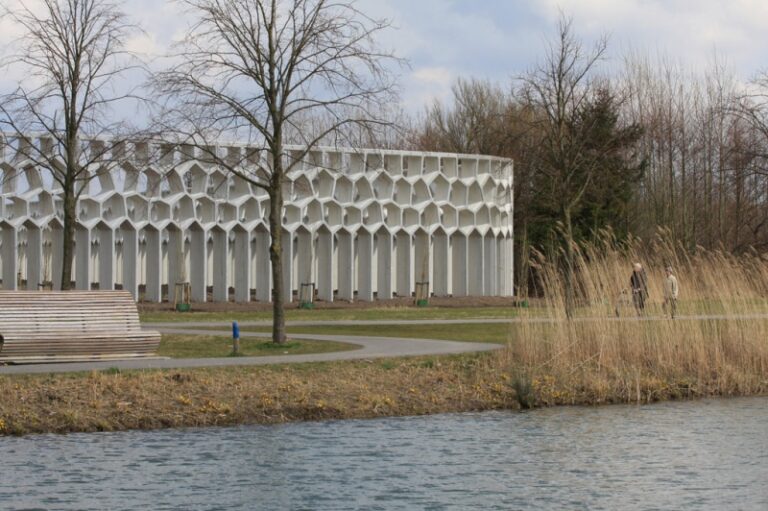 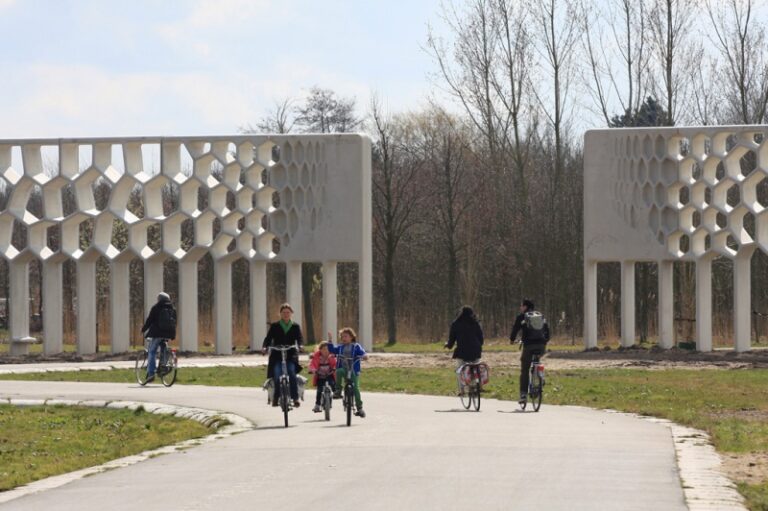