Revitalization of The Coolsingel

West 8 worked with the municipality of Rotterdam to restore the prominence and allure of Rotterdam’s main boulevard, the Coolsingel. The reinvigorated public realm gives a new impetus to the attractiveness and success of the city center, and has helped catalyze further developments. The design balances traffic on the one hand while creating comfortable pedestrian, cycling and public transport routes. A revolution on the scale of Rotterdam.

West 8’s design vision emphasizes the visitor experience. Three lanes of vehicular traffic are situated east of the existing tram line, while a spacious pedestrian esplanade and two-way bicycle path are located on the west side of the street. Quality paving, new furniture, upgraded subway entrances, twenty-three bespoke lanterns, and greenery create a legible new identity for the Coolsingel. Capitalizing on the quality of the existing greenery and combining it with additional trees and pocket parks creates an attractive meeting place for all times of the day and in all seasons.

The improvements to the Coolsingel are part of the city’s ‘Binnenstad als City Lounge’ program, which aims to stimulate new development in the city center and make it more lively and attractive. Construction of the Coolsingel project started in April 2018 and was opened to the public in 2021. 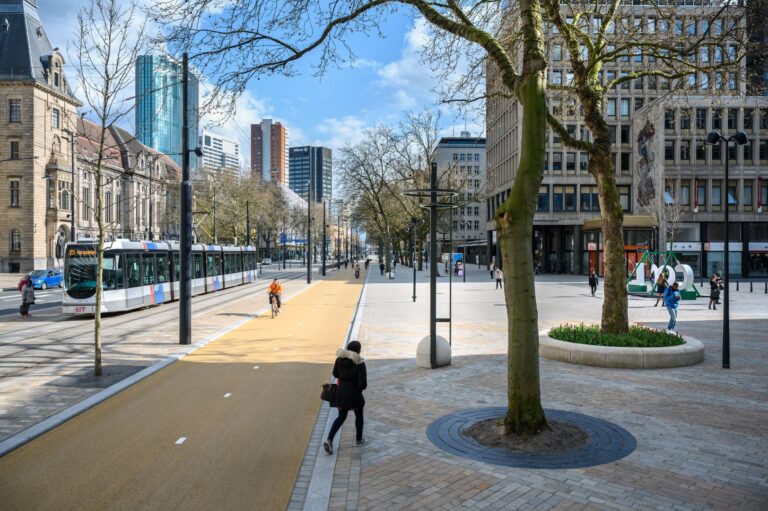 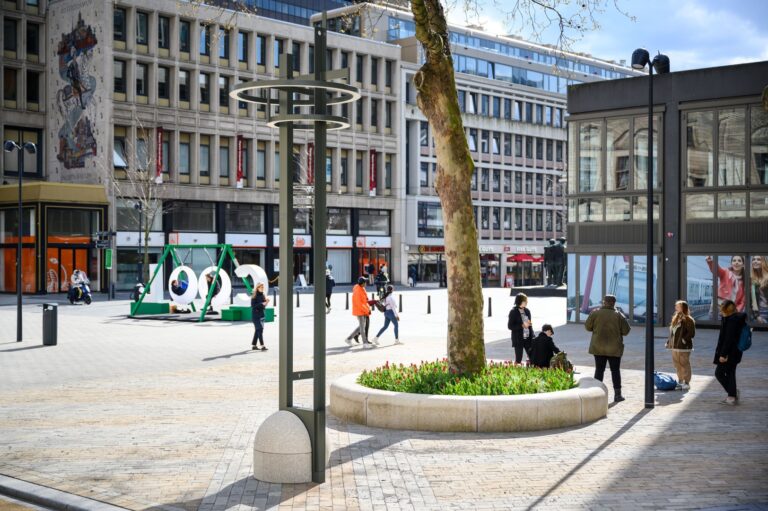 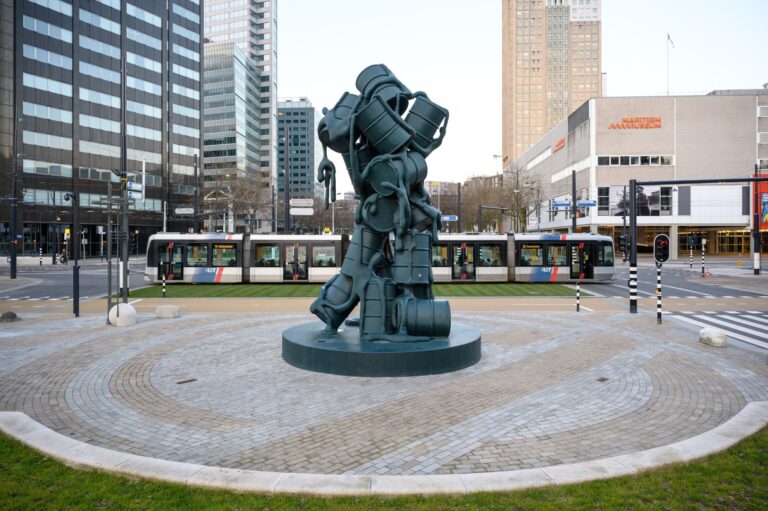 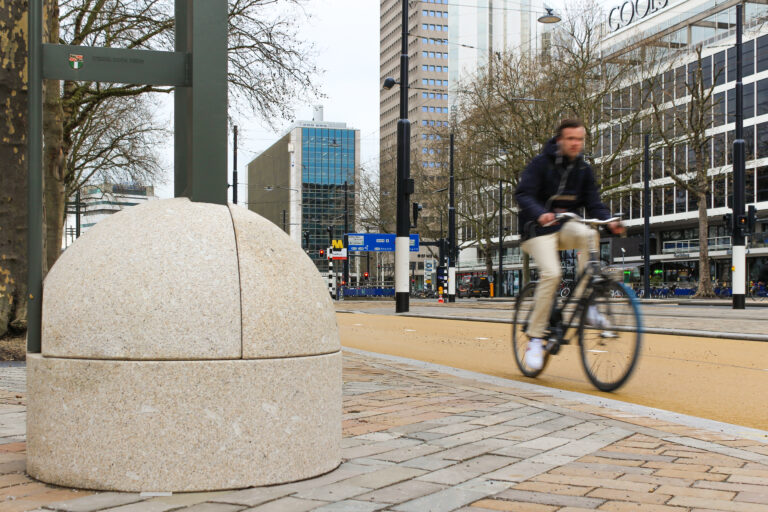 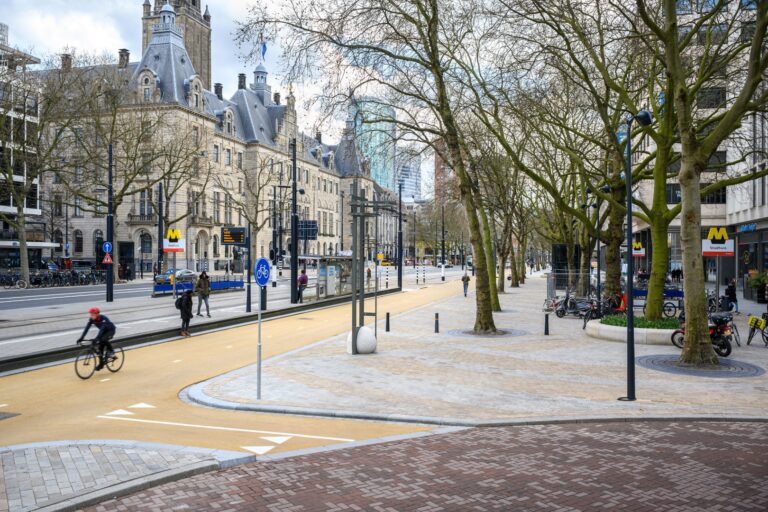 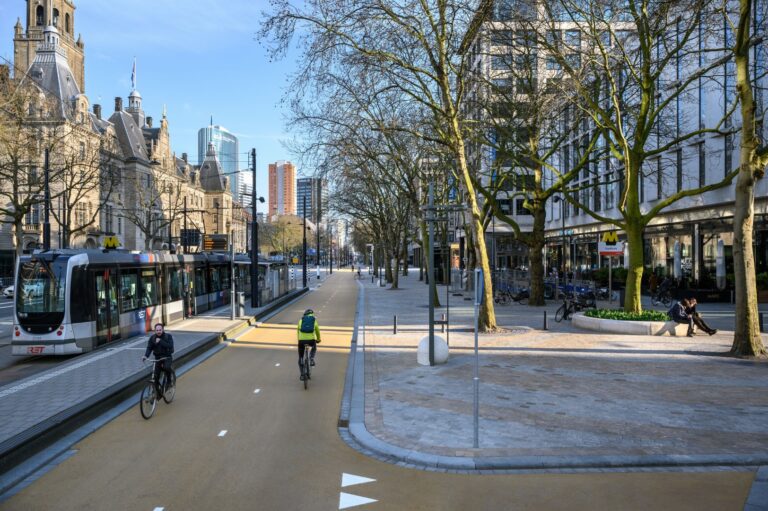 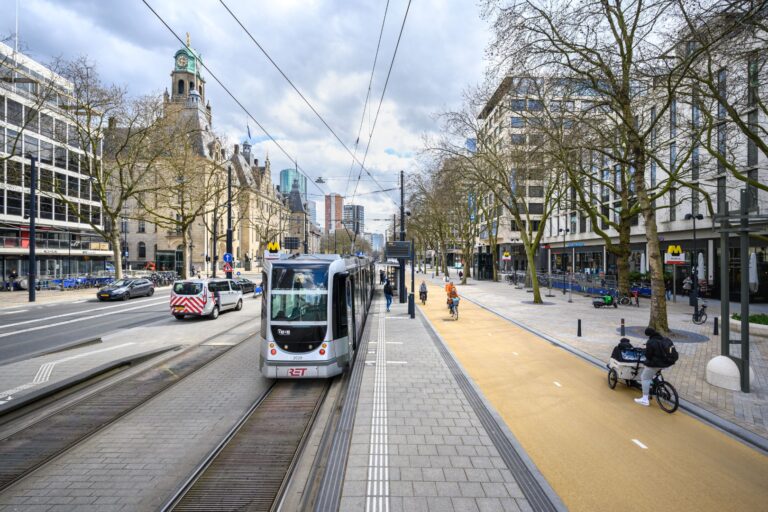 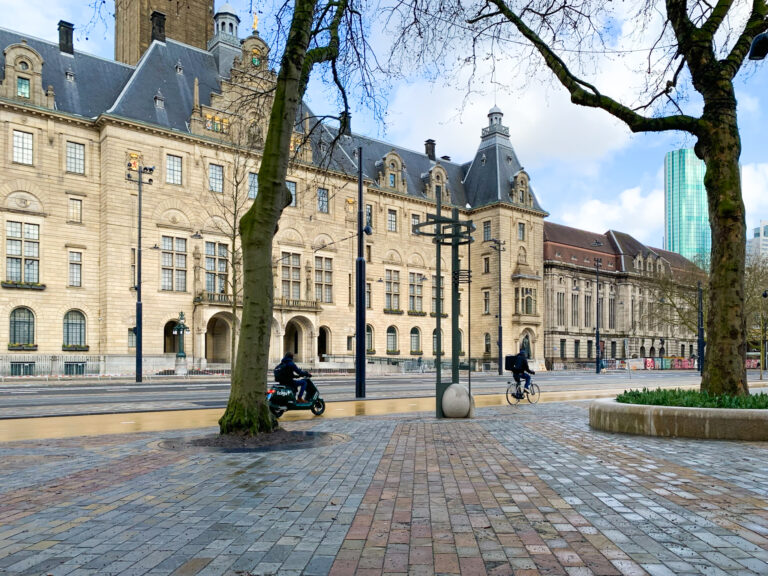 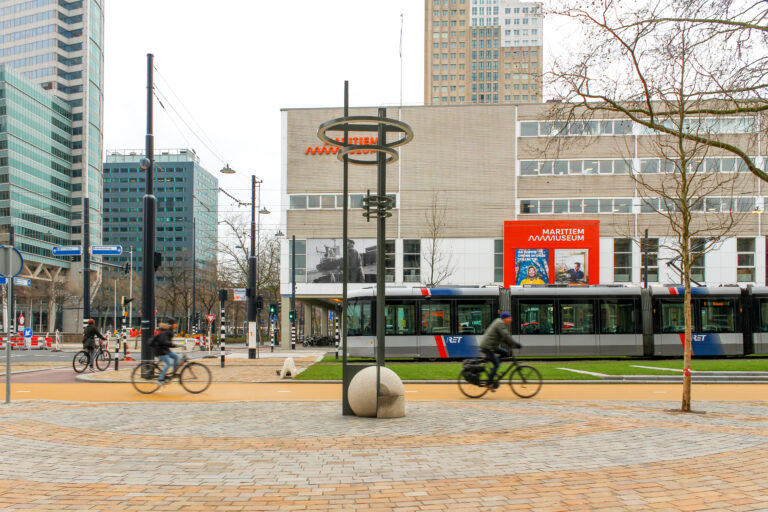 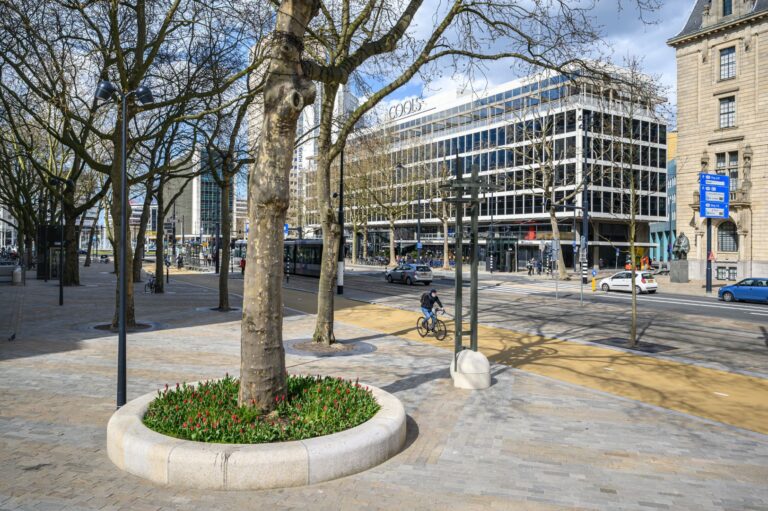 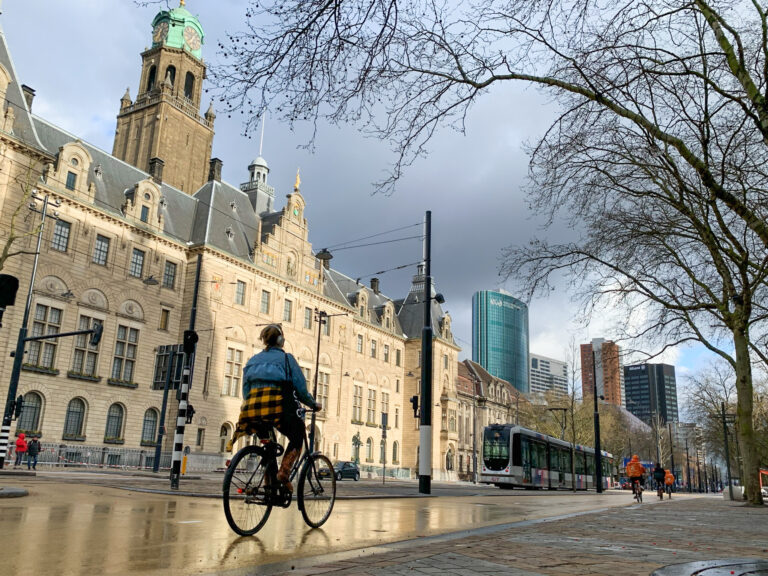 The opening of the new Coolsingel took place ‘corona-proof’ in April 2021 – Three years after construction began.

Bringing a new allure, the character of the monumental street has been lifted by the warm natural ‘kandla grès’ stone in a circular, mosaic pattern. Despite the complex underground situation of the site, the new Coolsingel makes a major contribution to the sustainability principles of microclimate, water storage and biodiversity. Contemporary engineering has been used in the underground area of the ‘golden’ cycle path, creating both a water buffer and root space for the new rows of trees and greenery.  In addition, the asymmetrical layout enables the esplanade to be the host for Rotterdam’s rich variety of city events – from the summer carnival to the annual NN Rotterdam Marathon. The new Coolsingel has become a catalyst for future redevelopments, with major monuments across the esplanade receiving renovations and improvements. 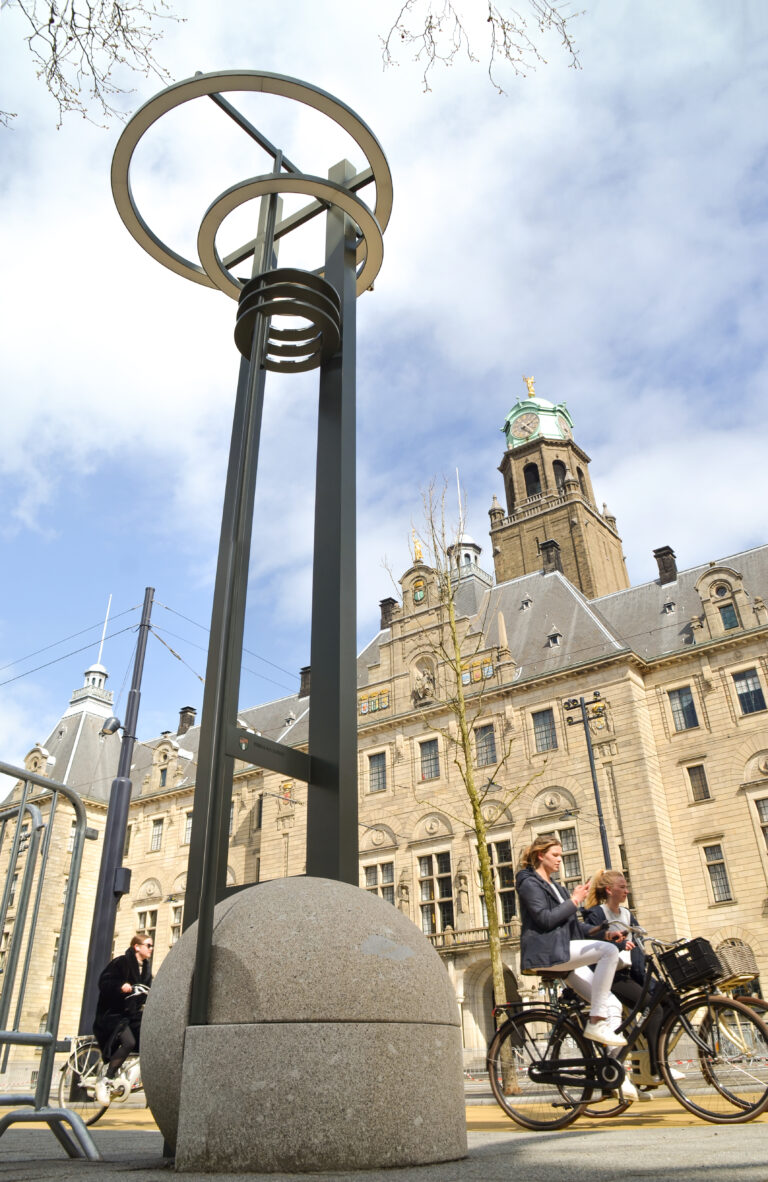 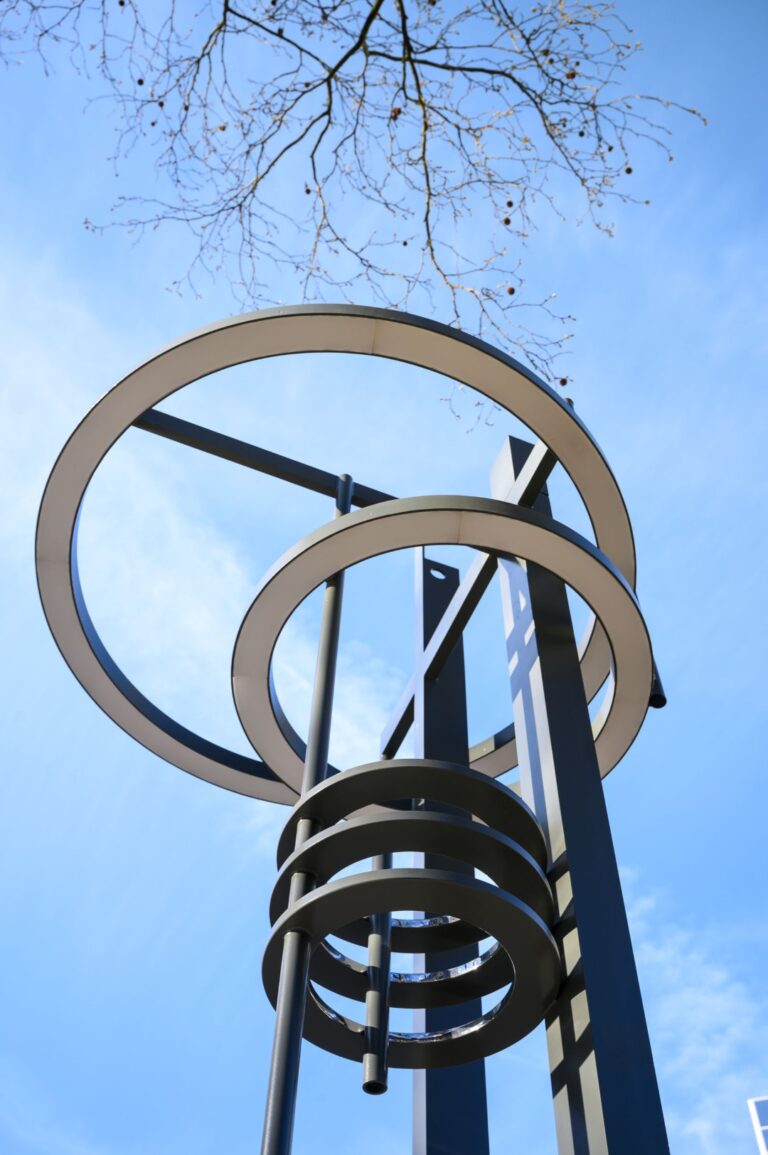 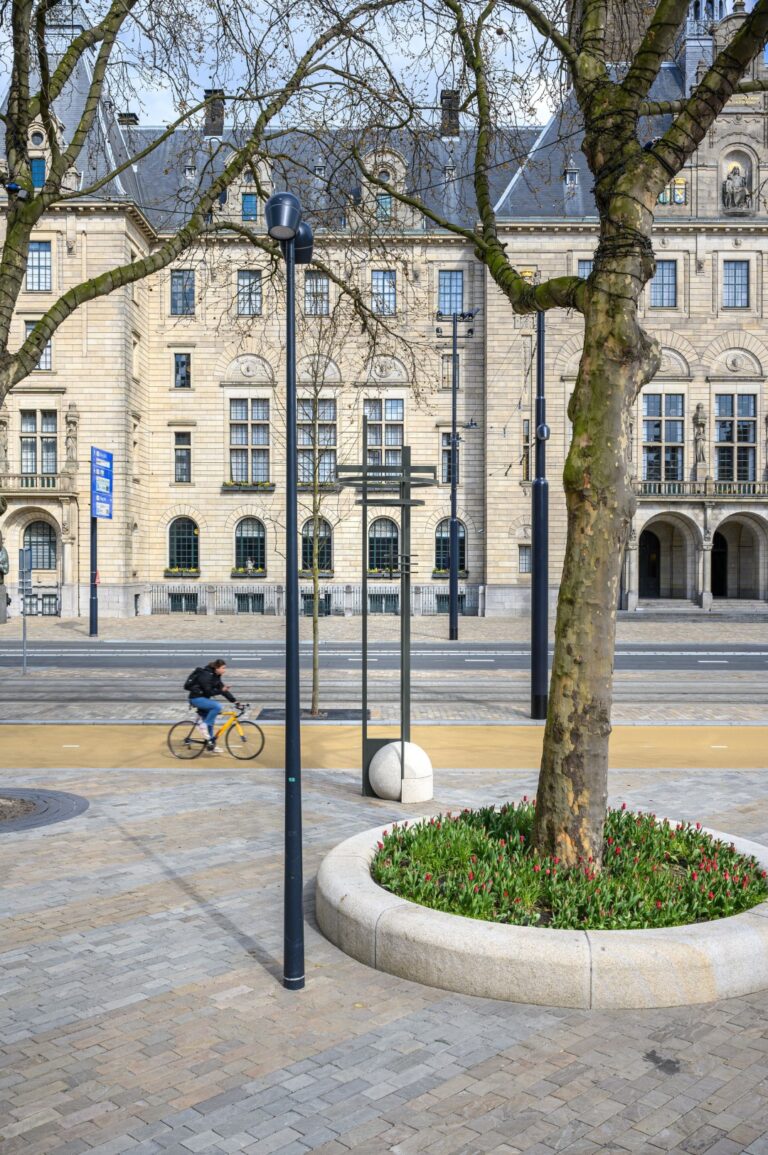 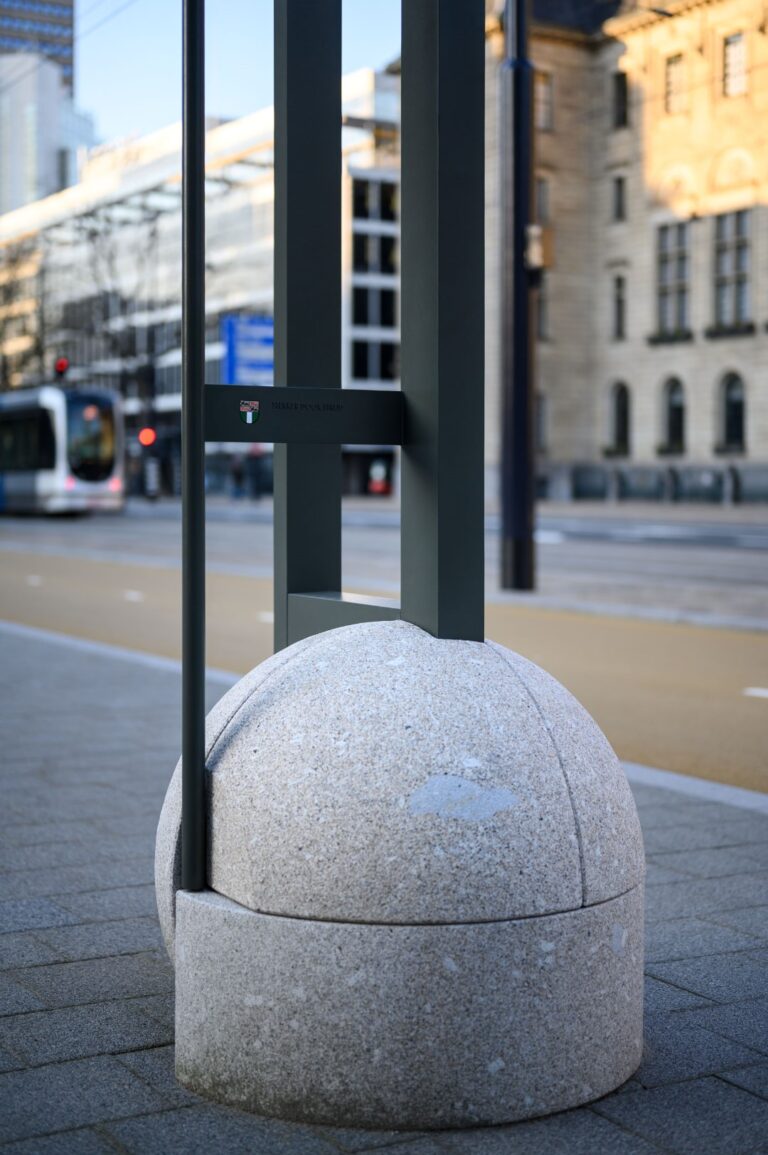 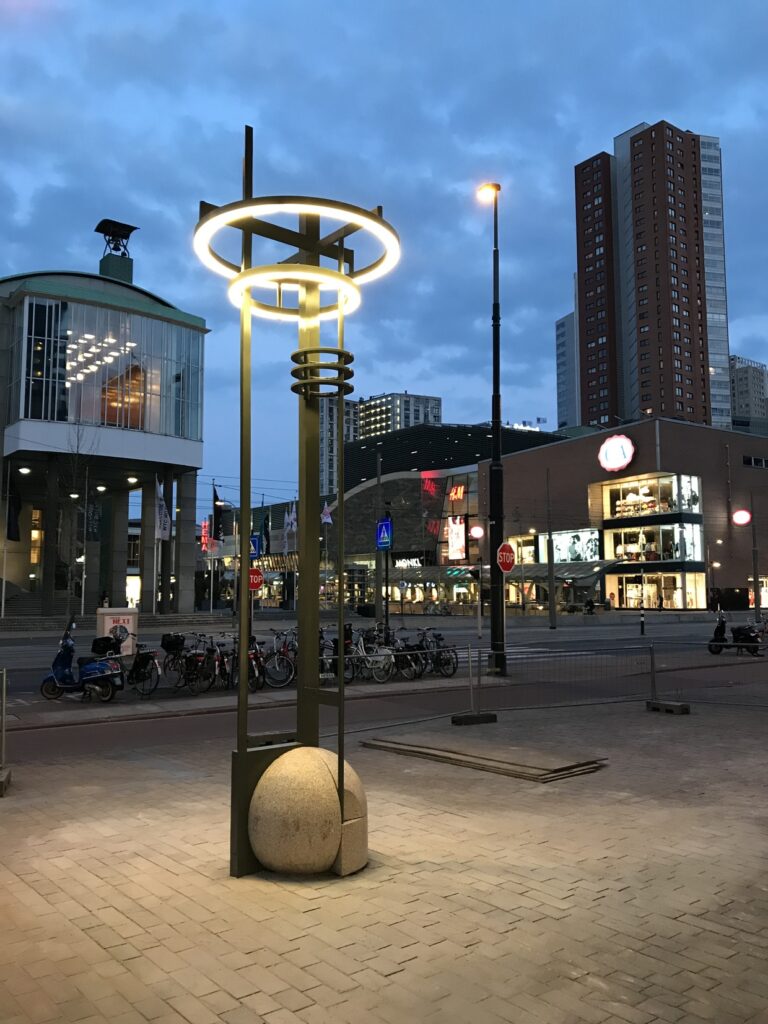 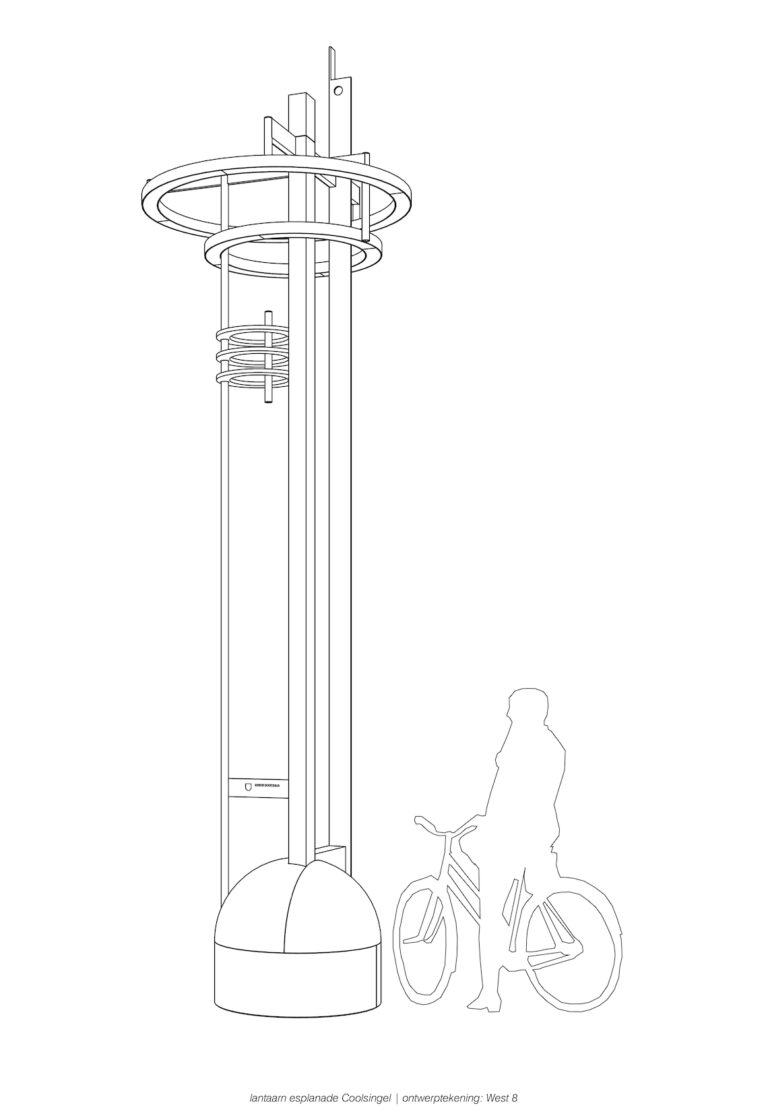 The Coolsingel luminaire.
A new emblem for the promenade, twenty-two new lanterns were installed on the Coolsingel. Designed by West 8, the new icons offer pleasant and safe street lighting to visitors of the new urban boulevard whilst also referencing the Art Deco ornamental style originally seen when the Coolsingel was first constructed in the interbellum period. Taking direct inspiration from the historic lanterns in front of the Town Hall, the base of the new Coolsingel Luminaire is made of natural stone, with three steel uprights holding up two large rings. The use of granite and stainless steel ensures a durable product that fits the usage requirements of the lively Coolsingel – across every event.
To read more about the unveiling: Link 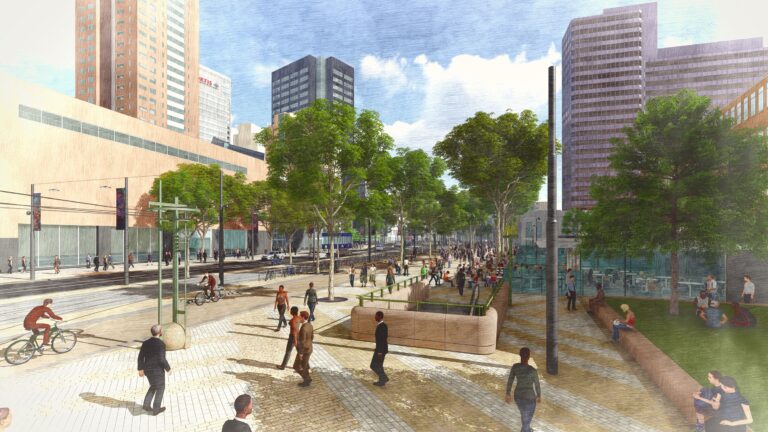 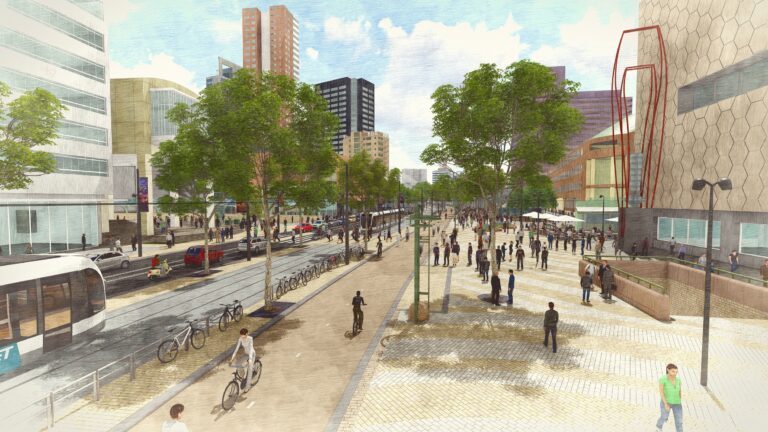 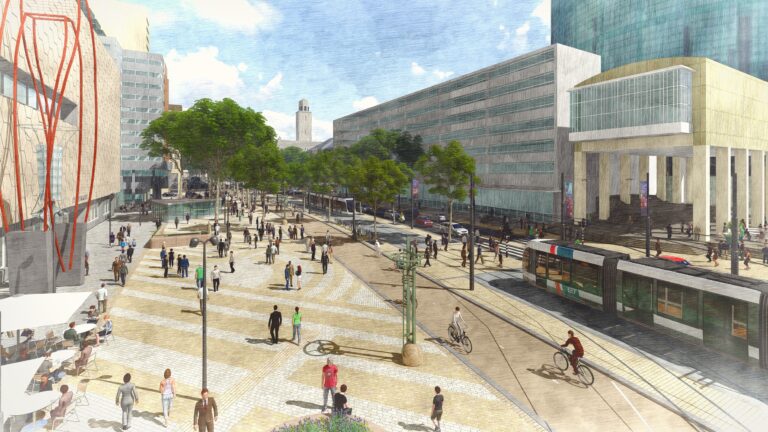 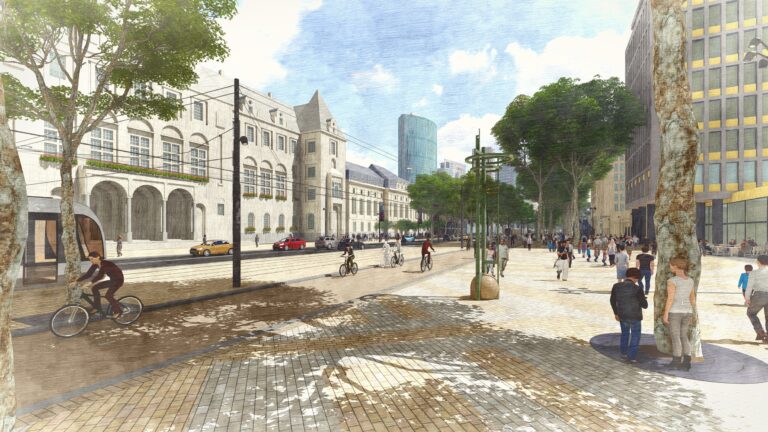 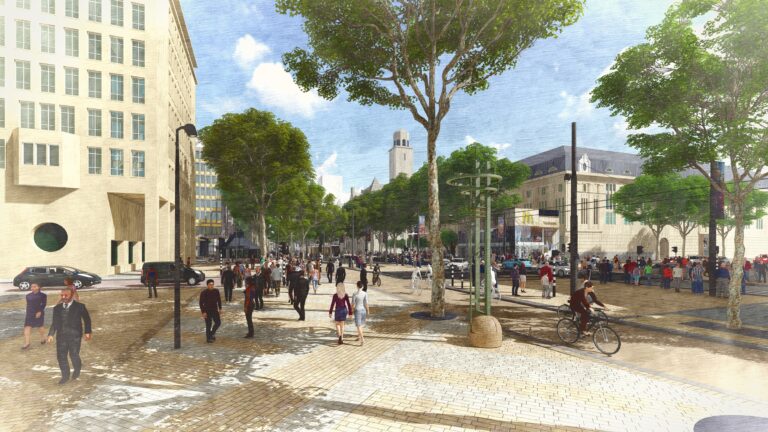 The improvements to the Coolsingel are part of the city of Rotterdam’s ‘Binnenstad als City Lounge’ program, which aims to stimulate new development in the city center and make it more lively and attractive. Construction of the Coolsingel project started in April 2018 and was opened three years later in April 2021.