A celebration of the landing place of Yuri Gagarin, the first human to make a journey into space, the new global landmark is a place for ceremony, contemplation, patriotism, and education. An epic endeavor, The Space Conquerors Park combines several sites associated with the landing place of Vostok 1, after it completed one orbit of Earth on April 12, 1961.

The project is a unique collaboration with the Educational and scientific laboratory “Center for Research on the Economy of Culture, Urban Development and Creative Industries” (“Center for Urban Studies”), led by Sergei Kapkov, and West 8. The first phase of the project opened to the public on the 12th of April, 2021: read more here.

A cosmic legacy with global dimensions, the park is designed to be seen from space thanks to the light “orbit” and the light projection depicting Gagarin’s flight path, created by a line of small-sized led elements. West 8 worked at a variety of scales, from detailed material choices of the marble Wall of Fame to employing the necessary infrastructure for the new landmark location such as the new Saratov Pier/Canal and connecting bike paths. In addition, Landscape architecture was employed as a narrative driver to convey and commemorate the trailblazing aerospace engineering legacy of Vostok and the Cosmos program. From the creation of the Poplar Alleys as an internal coordination system to connect the new boat landing, Memorial Plaza and the Capsule Landing, to the (re-)creation of the original Steppe landscape of wildflowers, poppies, and field tulips, Space Conquerors Park brings to life the achievements of past, present, and future Russian cosmonauts. The new global landmark is a place for ceremony, contemplation, patriotism, and education. 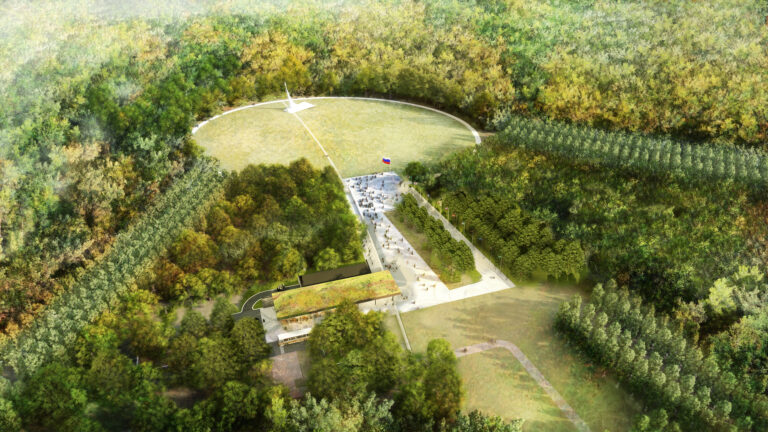 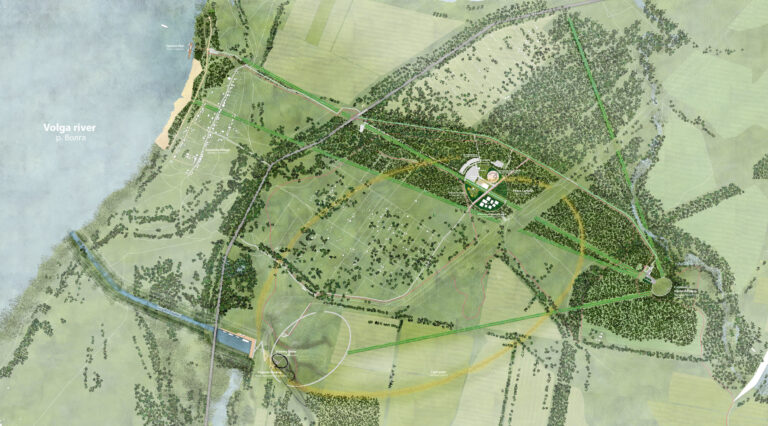 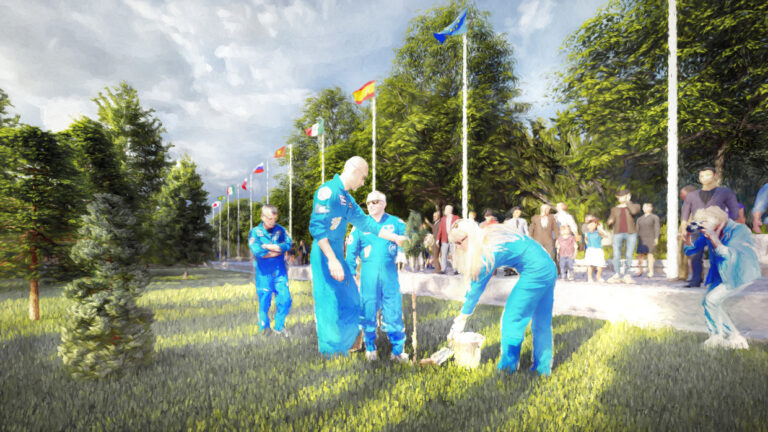 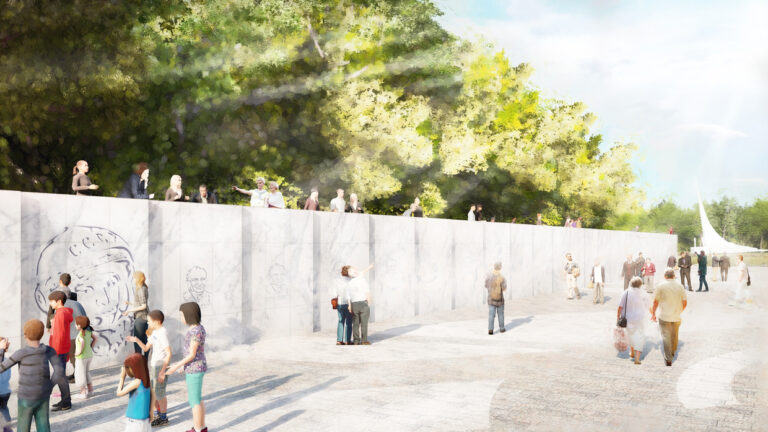 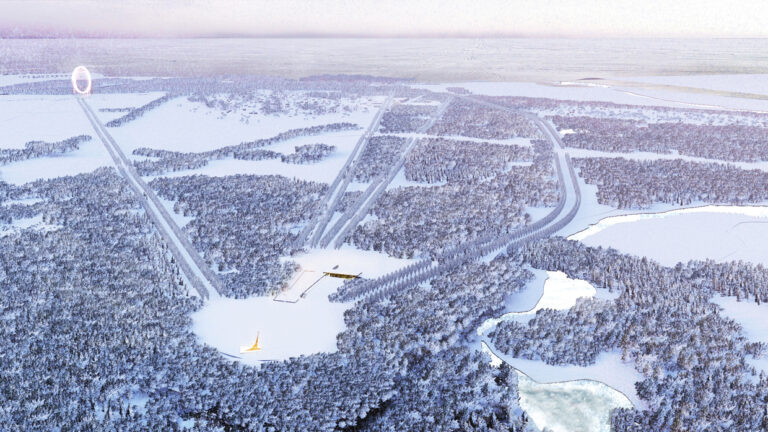 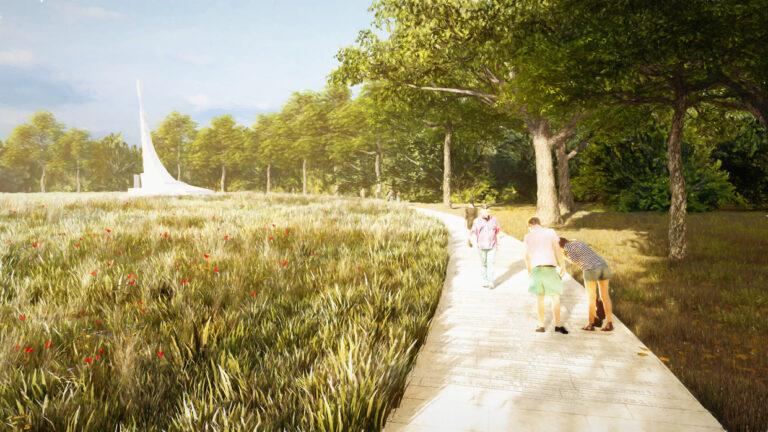 Ten years ago, I would have never dreamt of the Gagarin memorial project in Saratov. Yuri Gagarin is one of my childhood heroes. For us, for our Russian team, the project is extraordinarily interesting: the landing ground is almost a sacred place. The milestones of aerospace engineering, sublime Russian technology, started a new era of mankind. That ideology is the basis for the entire project, but the project is so much more! It has a cosmic scale and this is the energy we bring into this truly unique project. – Adriaan Geuze

Located under the city of Engels, near the village of Smelovka, a remote area of the Russian Landscape, phase one of the park includes two main locations: The Memorial Plaza (the landing place of Yuri Gagarin) and the Capsule Landing area. The park design encourages a variety of visitor experiences with three distinct visitor entrances and a vast variety of atmospheres and experiences. From the enclosed entrance zone and media point to the expansive Memorial Square, the team have created unforgettable and impressive memories for visitors to the sacred landing site.

The first piece of the master plan covers the entire 240-hectare site, and includes five main areas. West 8 was involved in the Concept Design, Schematic Design, DD supervision, and Construction Supervision for various elements of the design. For more information: See the press release here. 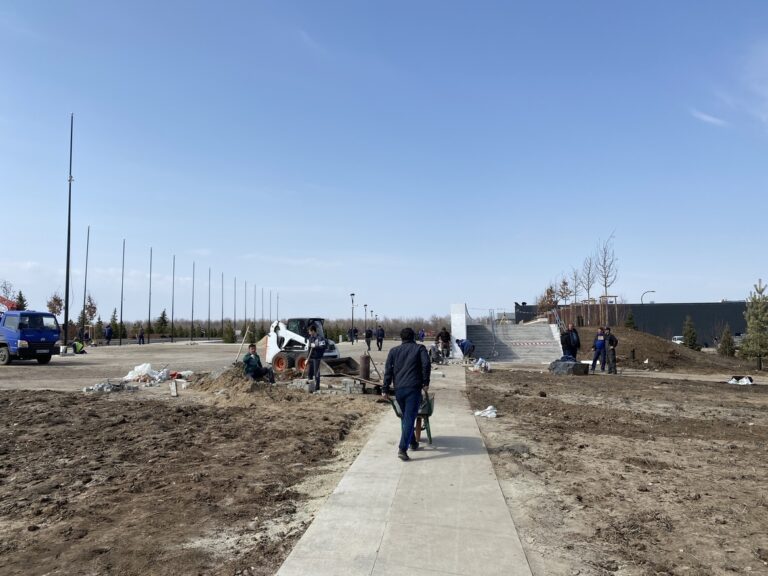 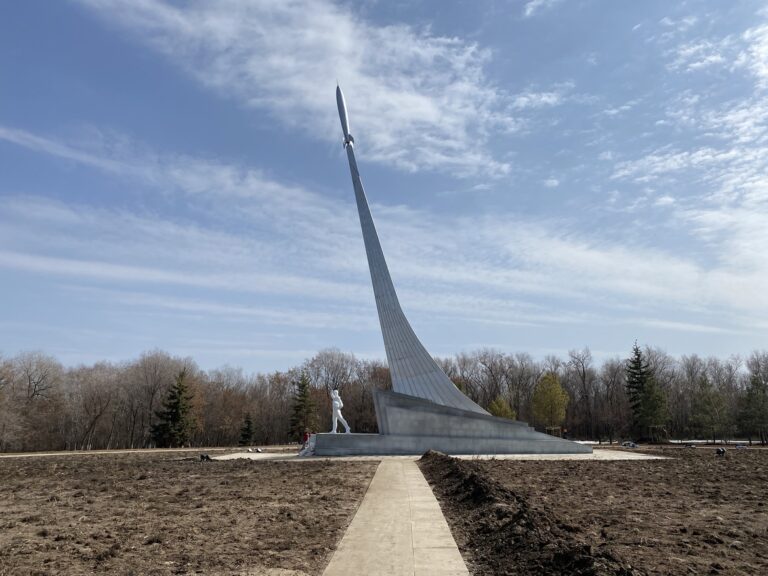 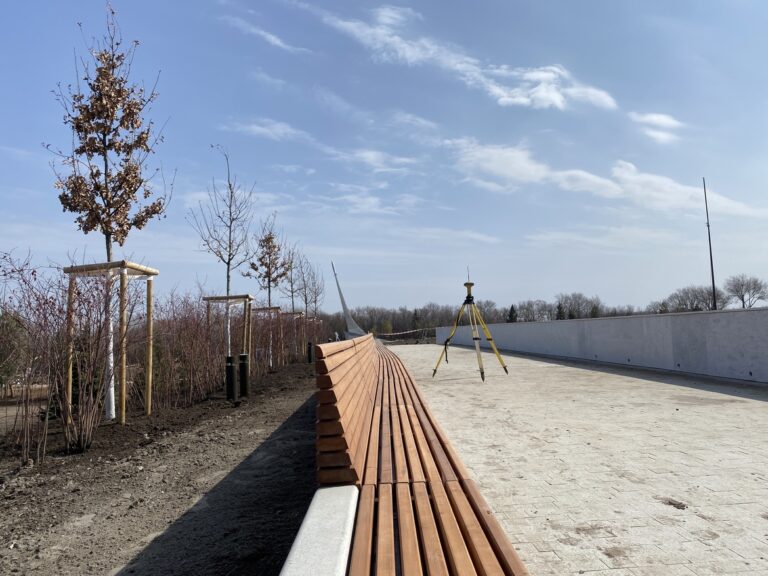 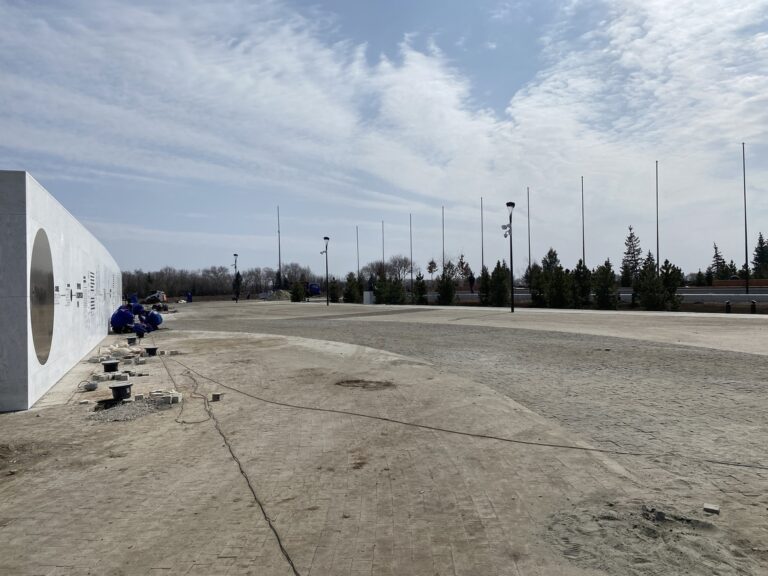 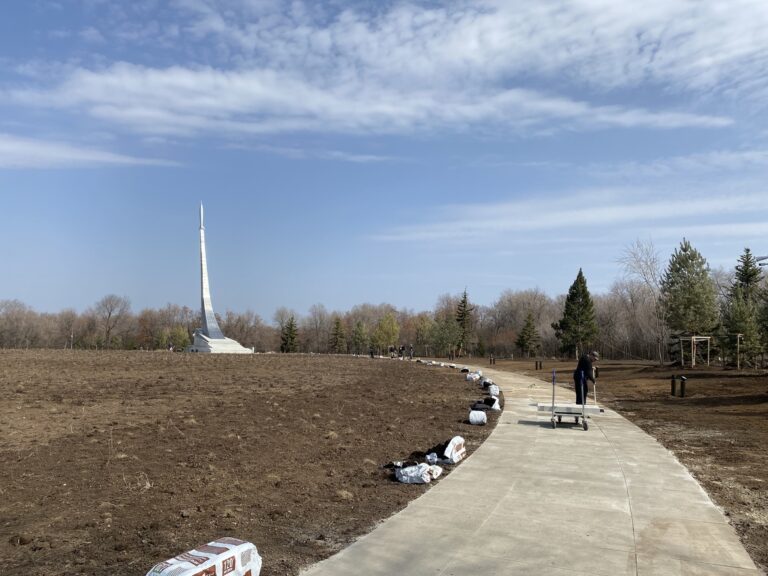 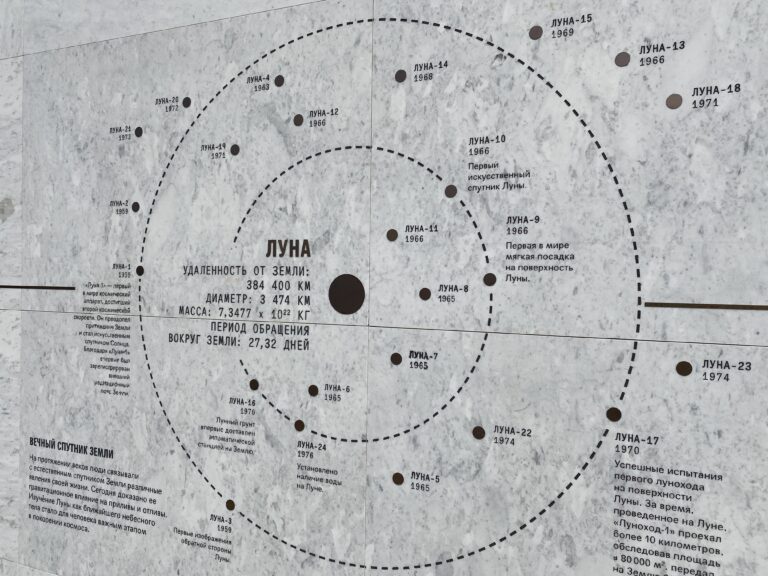