George Kaiser Family Foundation’s mission to break the cycle of poverty through investments in early childhood education, community health, social servicesand civic enhancement is a mission that West 8 has taken as their own for the purpose of this design proposal.

West 8 understands that as a charitable organization working primarily on initiatives developed in collaboration with Tulsa-based direct service organizations, this riverfront park illustrates the importance of the economic and community strength to the greater Tulsa region.

The aim of the design of the waterfront park is to provide a park that complements the qualities of the existing context and provides the city of Tulsa with a monumental waterfront park. The park is to be a place for collective aspirations, a place where people of different social backgrounds can meet. It should be the most significant green space in the city and its social melting pot, and function as a landscape of convergence – socially and environmentally.

The project site will be stitched into to the region’s premier park and recreation destination – the River Parks system, which consists of 26 miles of trails along the Arkansas River in Tulsa (with an additional 100 miles of trails in the region) offering trails for pedestrians and cyclists, as well as recreational activities such as fishing, rowing, kayaking, and access to more than 15 miles of dirt trails on Turkey Mountain.

Within the park itself, by adopting a strategy that accepts and embraces flood levels, rather than fighting them, the ecological performance and experiential qualities of the park are profoundly enhanced. Such an approach yields a park that is expressive of seasonality in an entirely new way – enabling a reading of nature that provides ecological education and encourages a healthy respect for water management.

By emphasizing a great spine at the center of the existing bicycle network, a direct route from sister parks within and outside the city, the coherence of the overall bicycle network and the city’s relation to the Arkansas Riverfront can be greatly enhanced – creating a monumental public space network. Tulsa’s ‘Sunset Bike Highway’ would establish a route with a distinct and memorable cultural identity, its waterfront destination naturally provoking the imagination and stimulating romantic illusions. 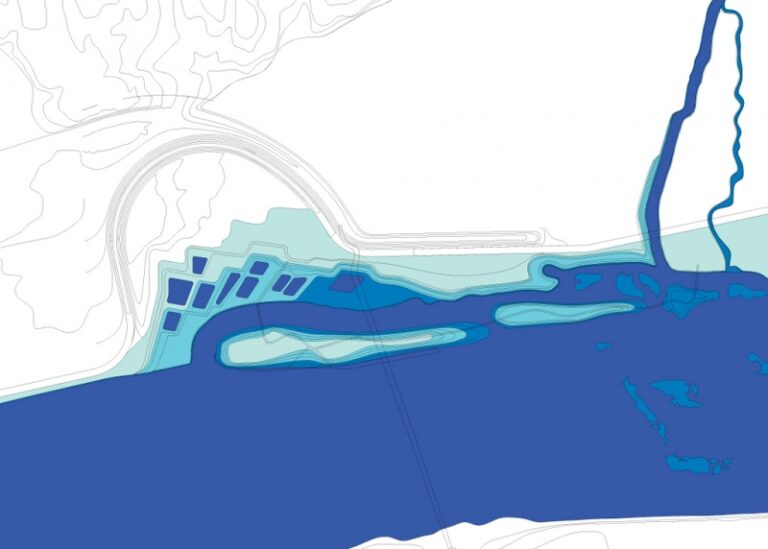 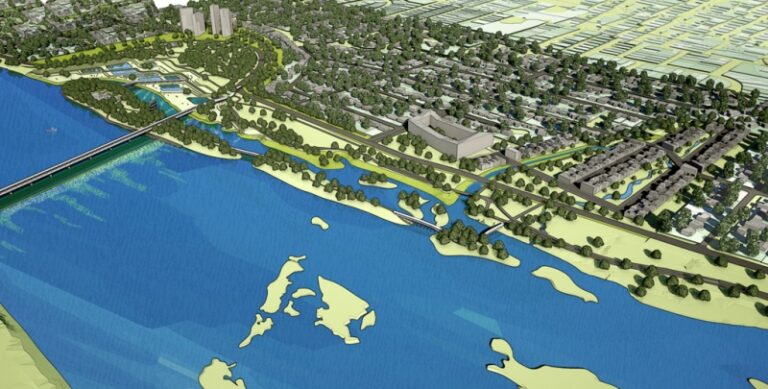 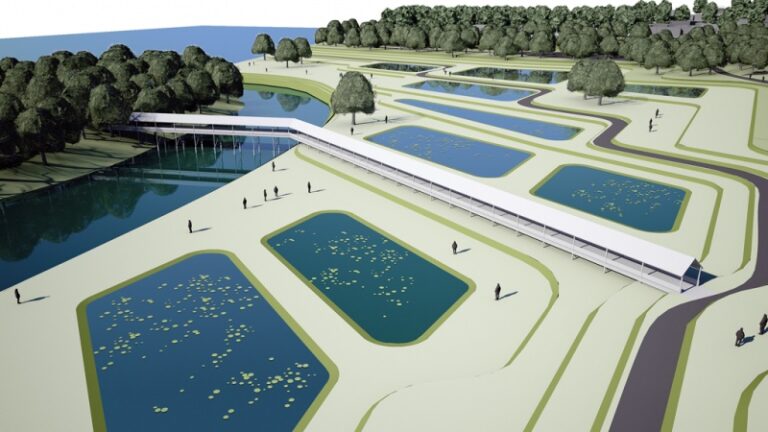 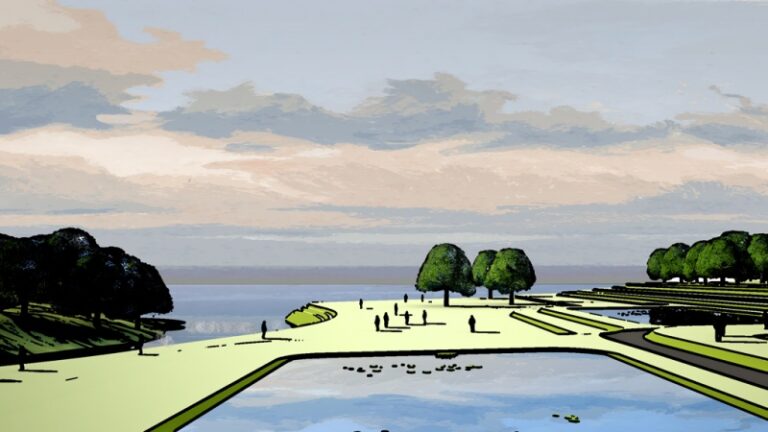 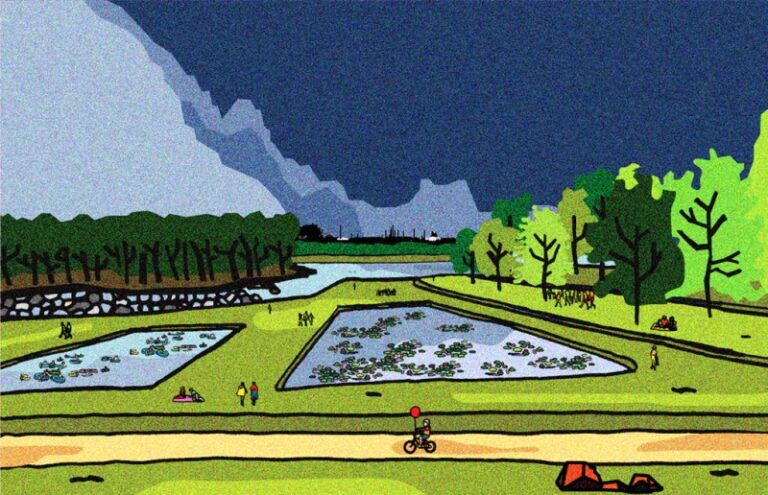 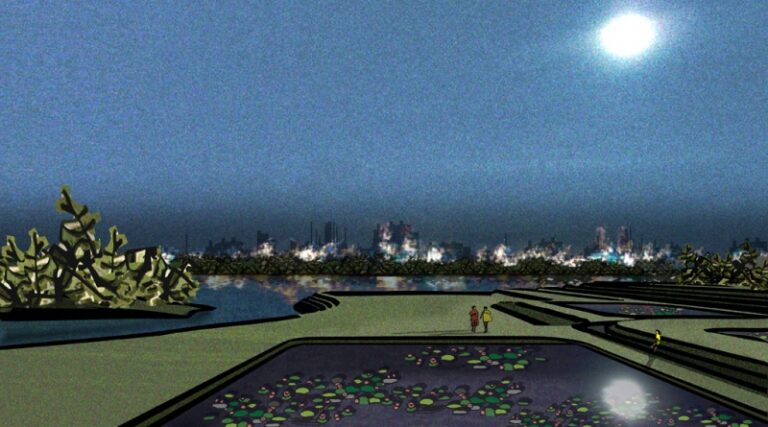 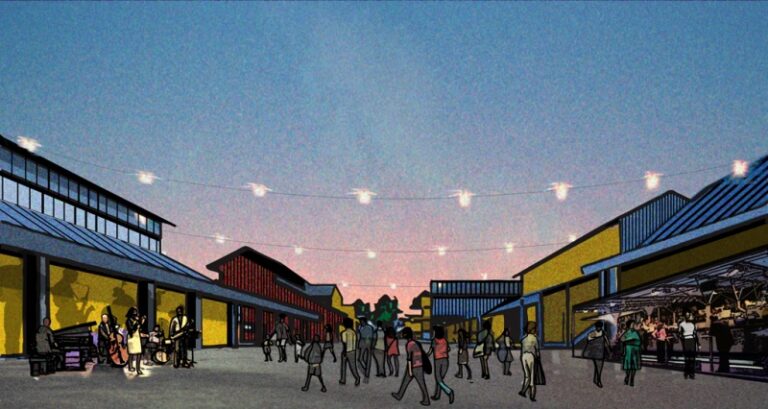 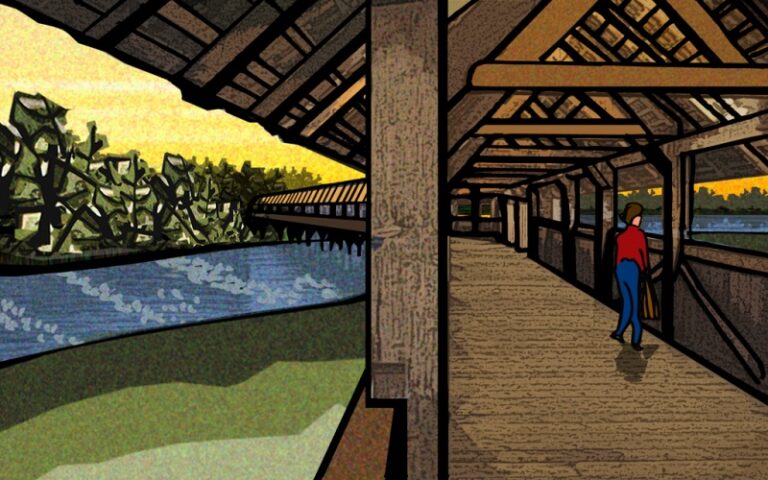 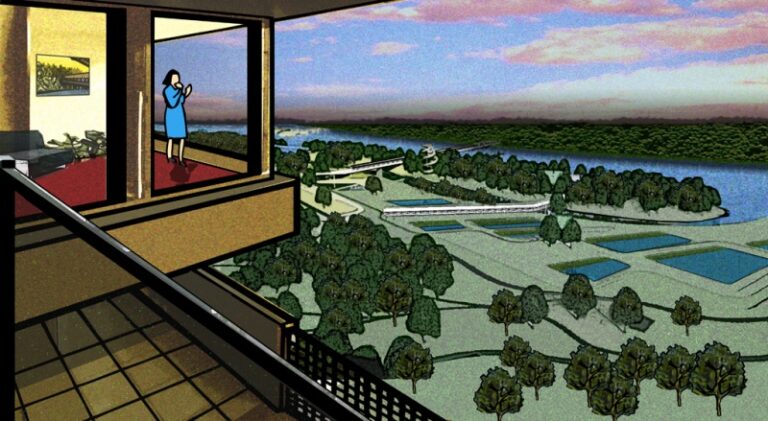 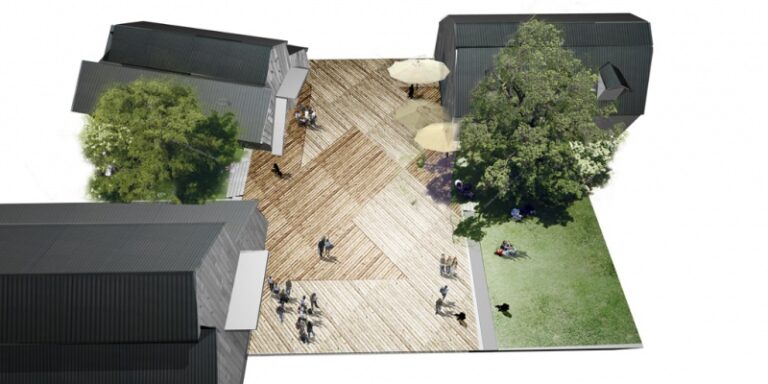 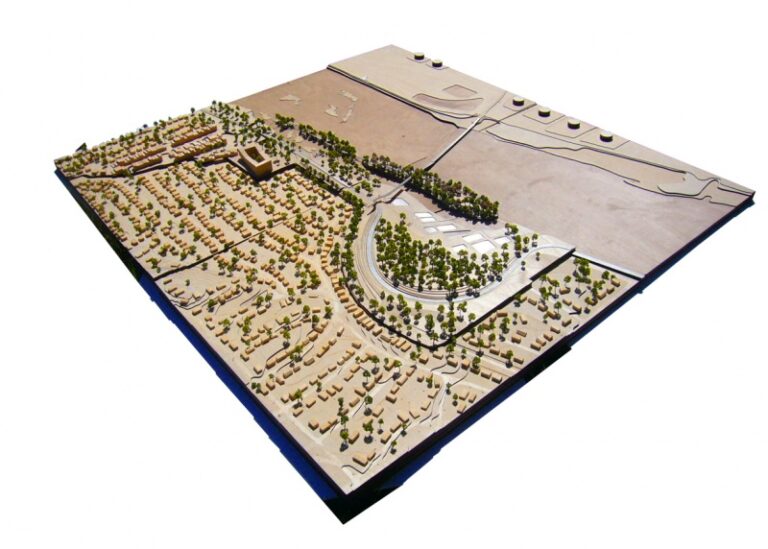 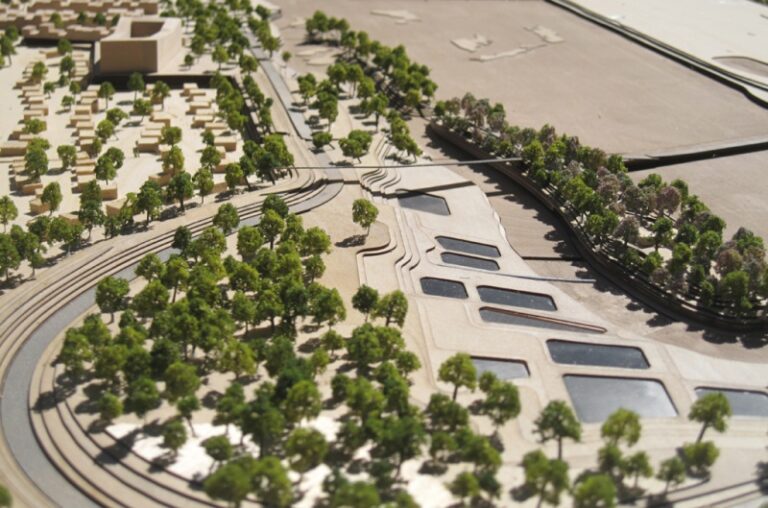 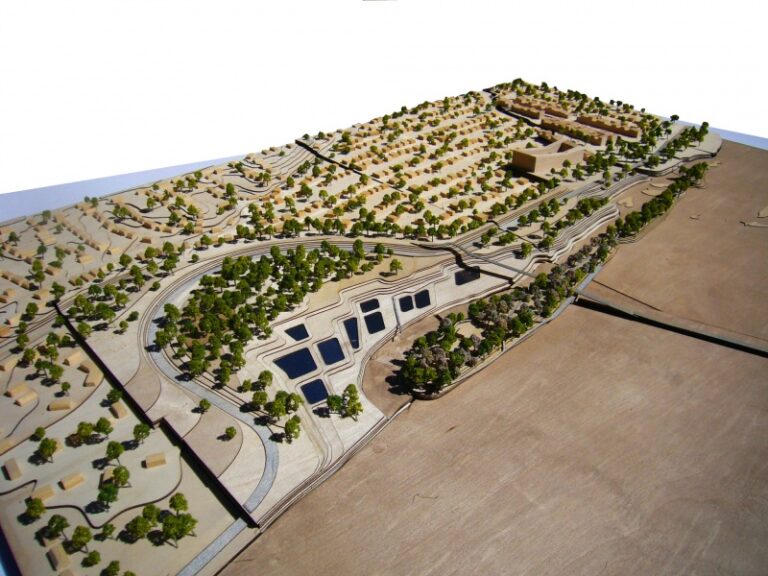 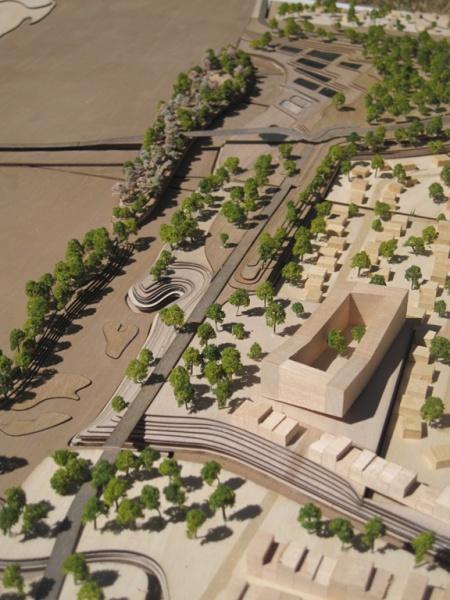 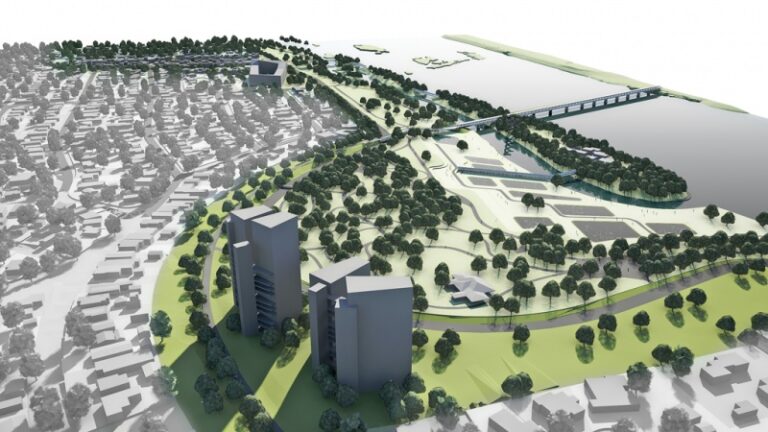