Located in the heart of Moscow, at the beginning of Tverskaya-Yamskaya street, Tverskaya Zastava square regularly meets guests arriving in Moscow. The territory of the square is included in the protected zone of cultural heritage sites, individual buildings have received the status of monuments.

On the north side the square is framed by the Belorussian Railway Station, built in the beginning of the century by the architect Strukov. Before the revitalisation, the area was a complex and unregulated transport junction with chaotic parking throughout the territory.

The concept of the West 8, based on the transport scheme of Moscow Transport Department, offers optimization of the use of space and gives priority to pedestrian connections. Square returns uniqueness and integrity.

The sidewalk connecting the Belorusskaya metro station and the station area with the park and the church square on the opposite side of the 1st Tverskaya-Yamskaya street was framed with a special wide curbstone and a contrasting granite ornamentation pattern to reveal the face. Pattern inspired by the architecture of the historic facade of the station emphasizes the unity and purity of the sidewalk. The space for pedestrians expanded – there was an unobstructed passage. Along the whole area from the metro station to the Church of St. Nicholas the Wonderworker through the station of the Belorussorgo railway station and the passage under the overpass. 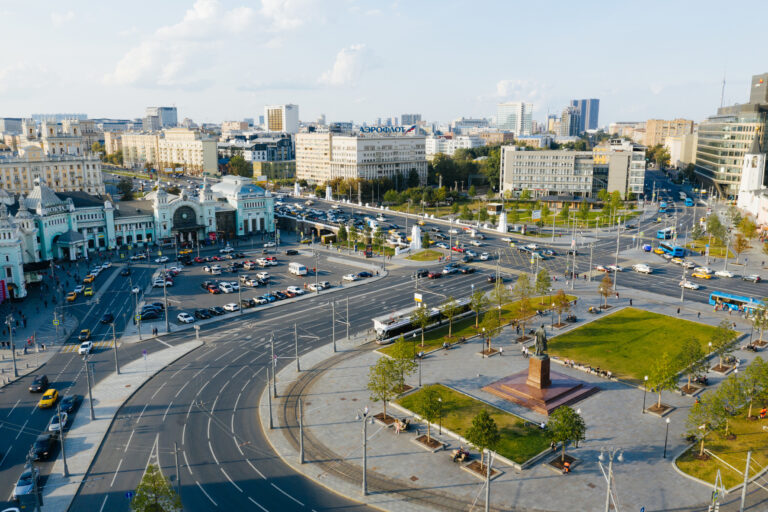 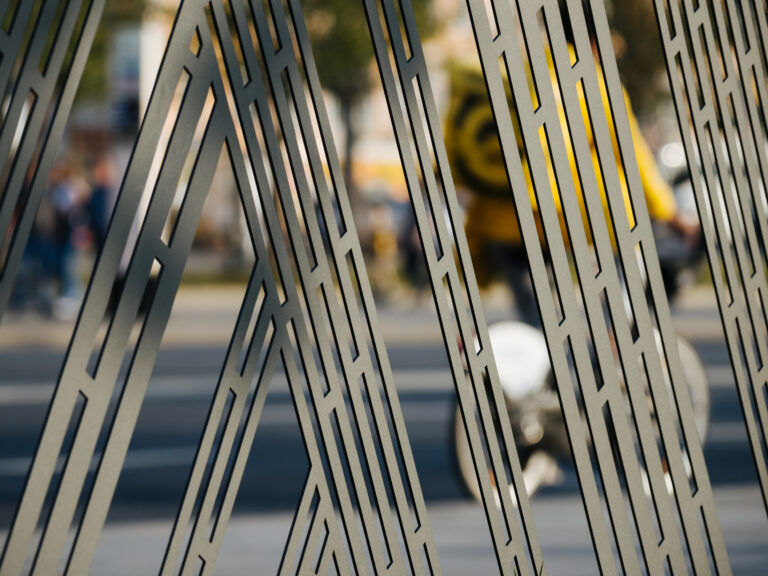 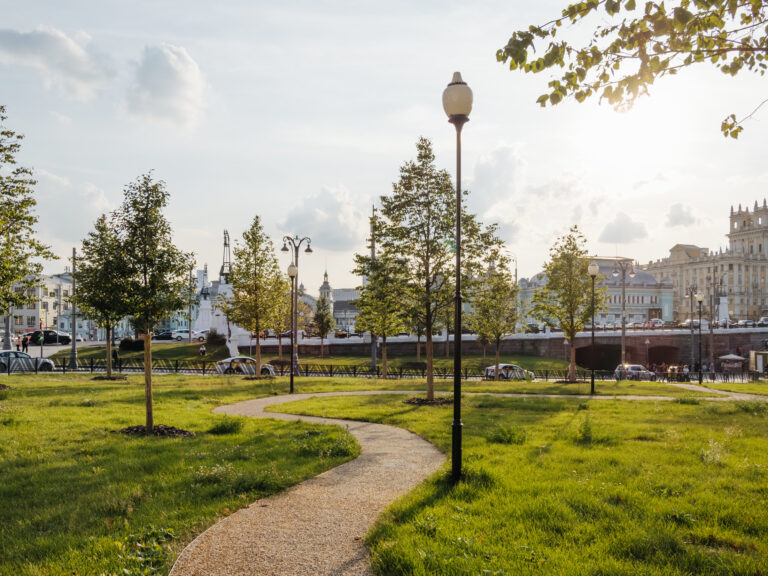 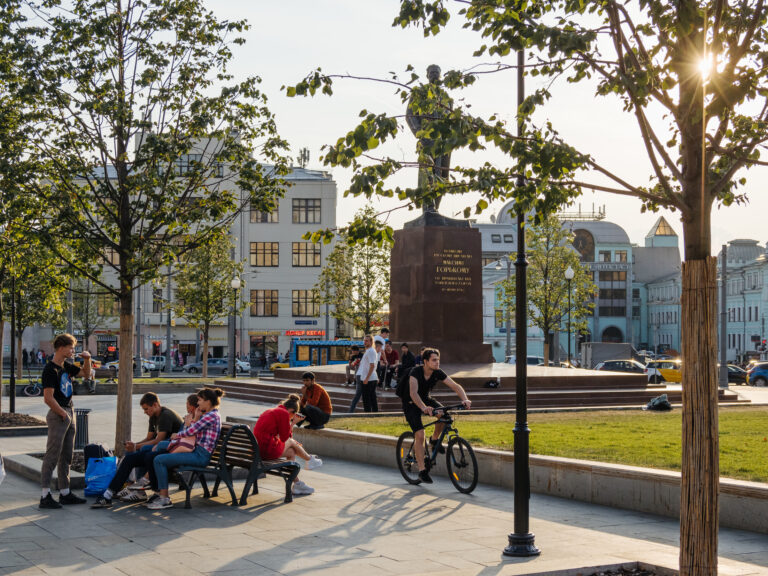 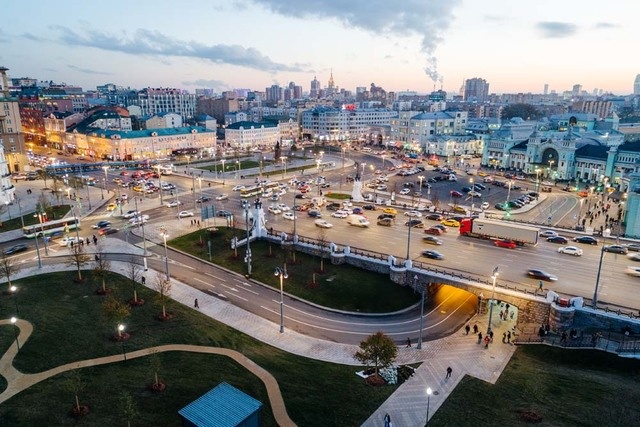 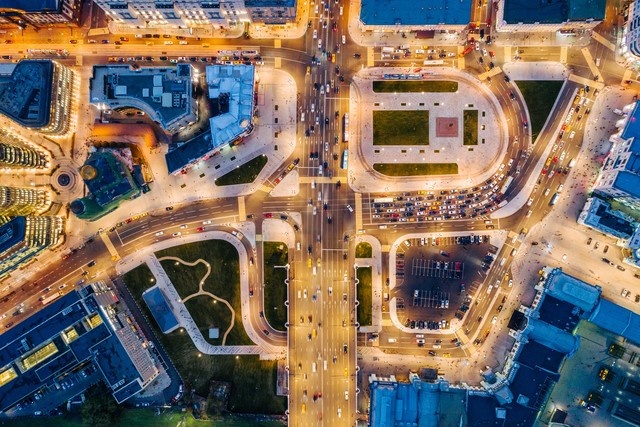 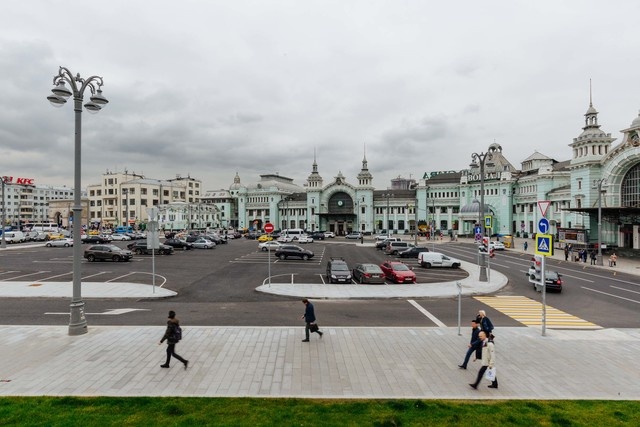 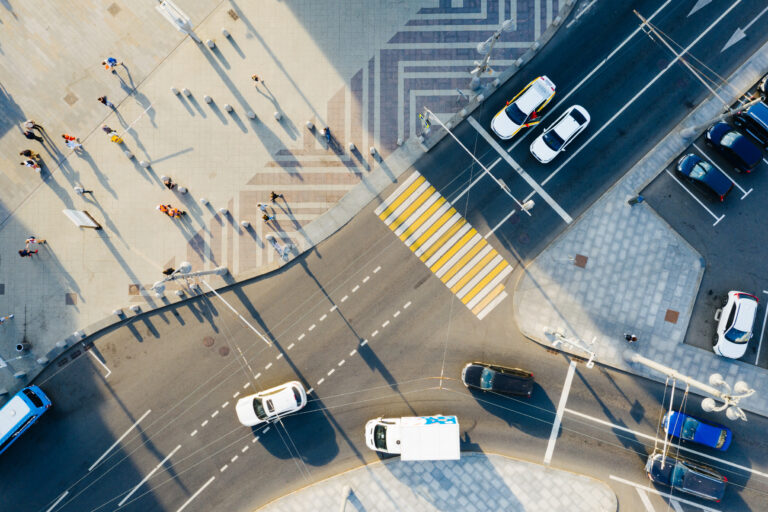 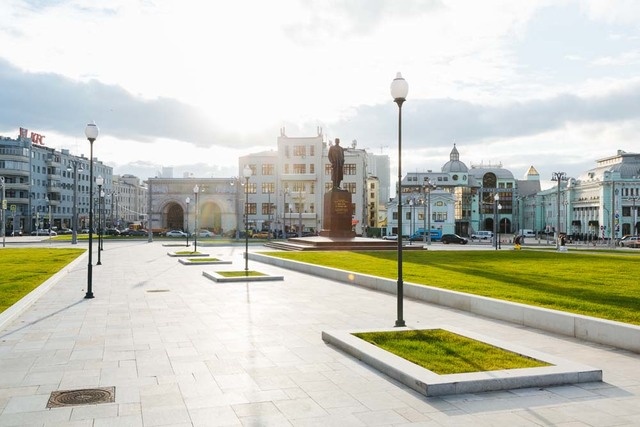 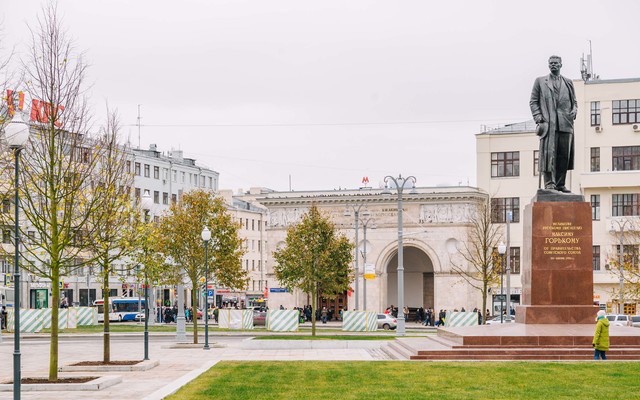 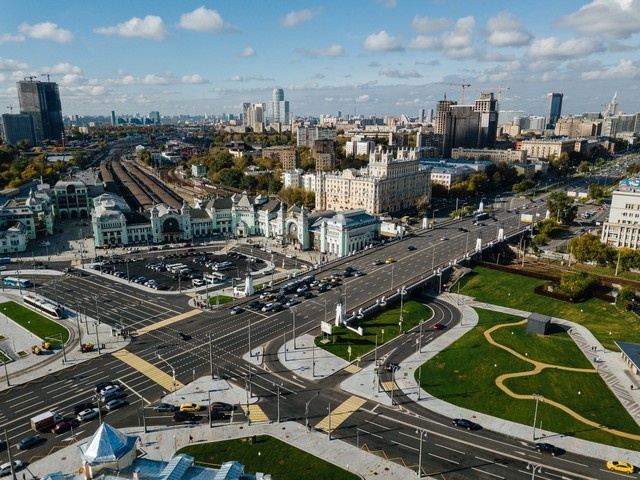 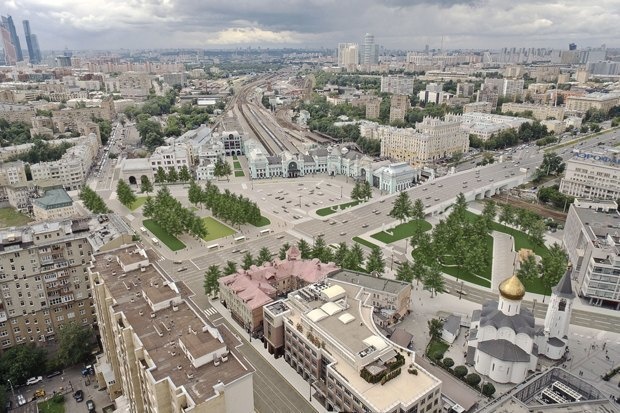 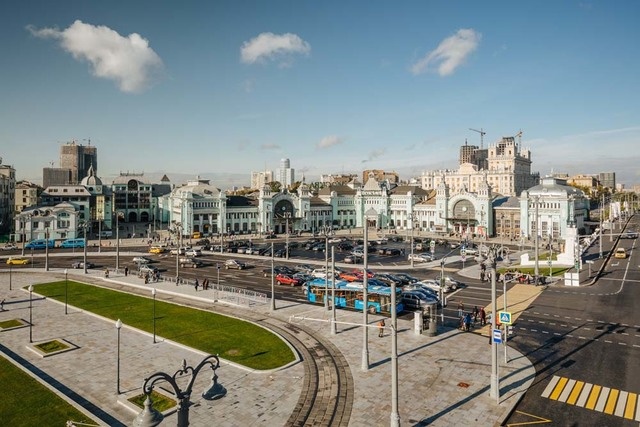 The former monument of Maxim Gorky now returns to the park, located on a green island in the center of the square. It is delicately surrounded by Tilia trees, giving a slight shadow on a hot summer day.

Landscaping of the area is supplemented by additional planters located between the station buildings. From an previously abandoned wasteland at the side of Butyrsky Val Street turning into a cozy park area, the plan will be complimented in the future with a pavilion, in an reconstruction of twraditional stand alone kiosk of Moscow city. 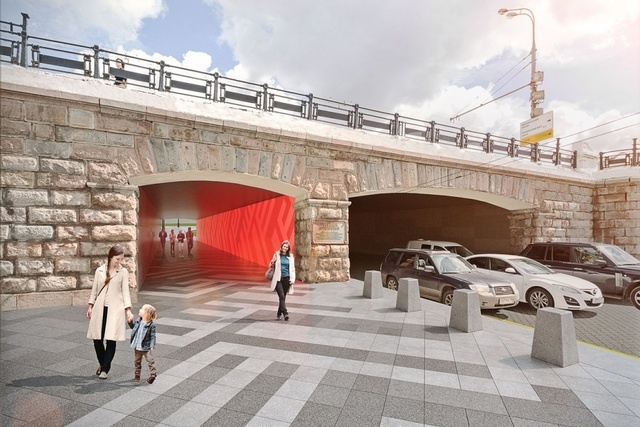 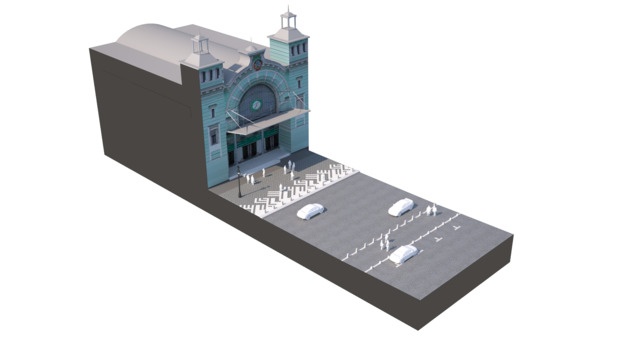 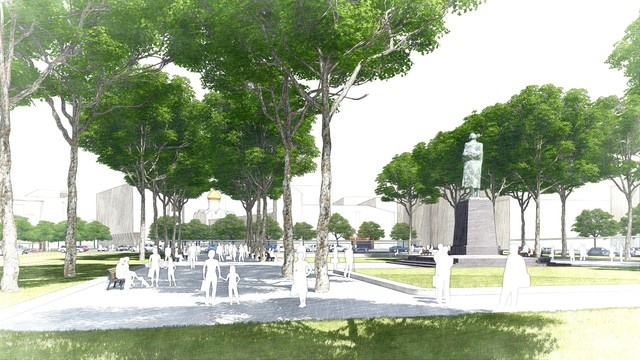 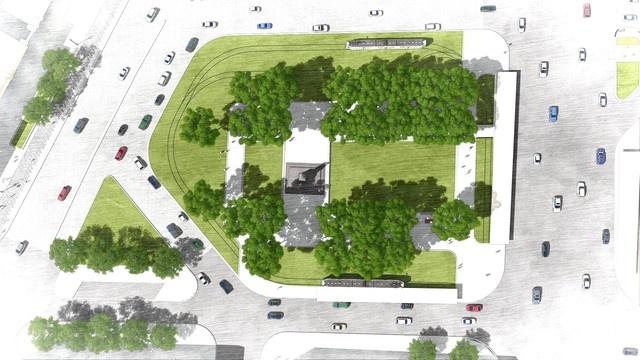 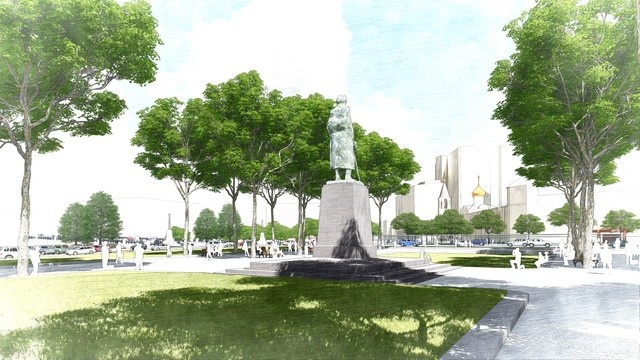 Moscow Government together with Strelka KB