Xinhua Waterfront Park is a 1.9 km stretch of green public space, situated on the east bank of Shanghai’s Huangpu River. Between 2015 and 2018, the site was transformed from an inaccessible industrial dock into a much-relished space for residents and visitors alike. The park creates new connections between the city and the beautiful Huangpu River and is now one of the largest public green spaces of Shanghai’s centre.

The transformation was a subproject of the lager Huangpu River East Bund Open Space Project. Launched in 2015 by the district’s municipality, the project aspired to transform 21 kilometres of Shanghai’s river banks into a green public waterfront speckled with leisure and exercise programs. Shanghai’s waterfront had become heavily congested over the previous decades from the fast industrial and economic growth of Shanghai, resulting in poor visibility and accessibility of the river.

Today, the park connects a number of important city streets to the river with a band of greenery and allows joggers, cyclists and meandering visitors to experience spectacular river views and different landscapes in a variety of routes and levels.

Xinhua Waterfront Park was the largest pioneer park within the Huangpu East Bund Open Space Project. The park was delivered in 2018 with the subsequent phases of the Open Space Project completed later throughout the year. 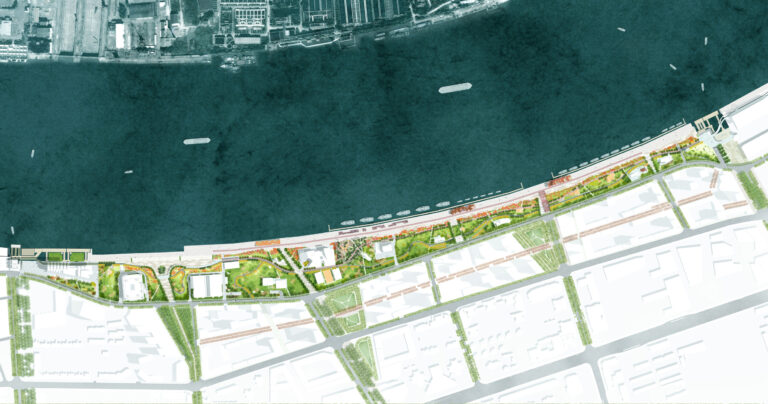 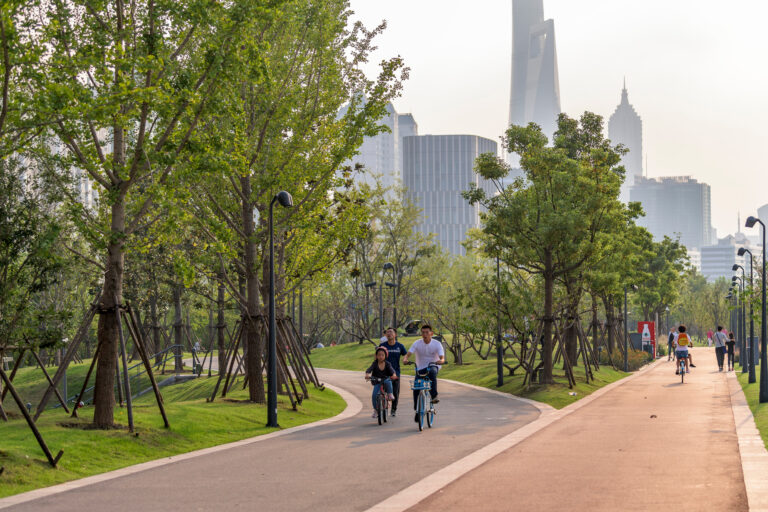 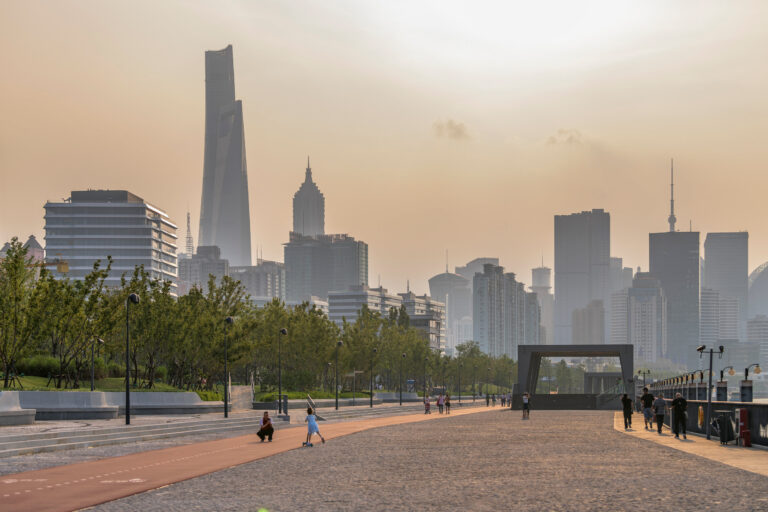 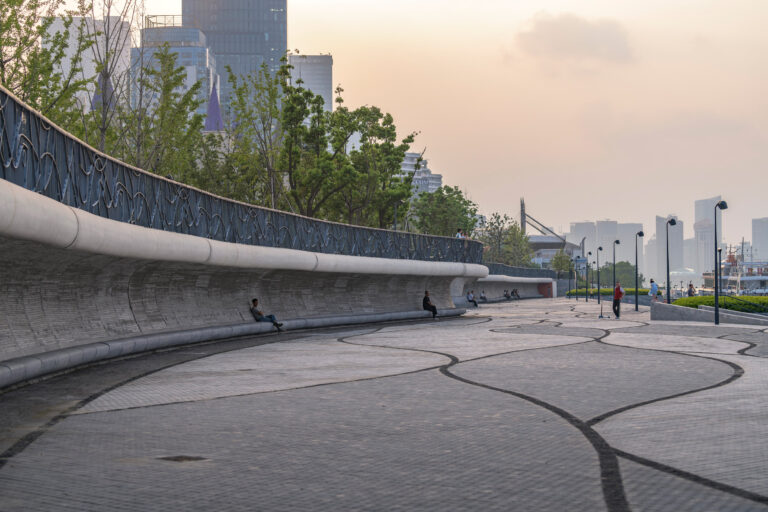 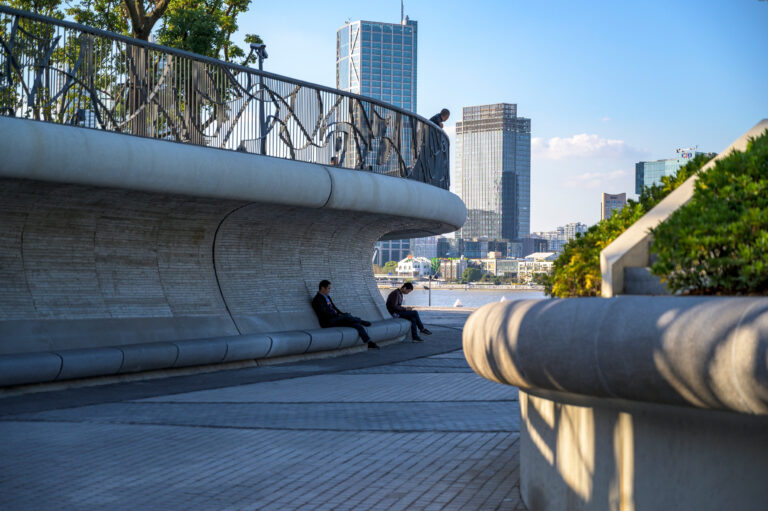 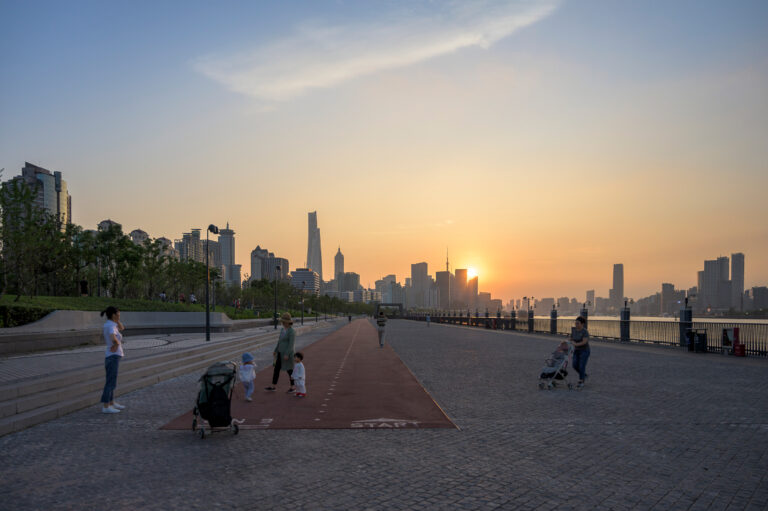 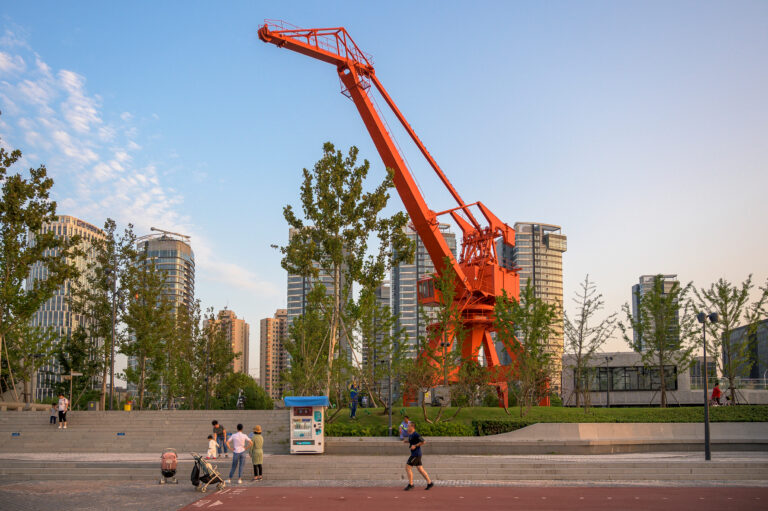 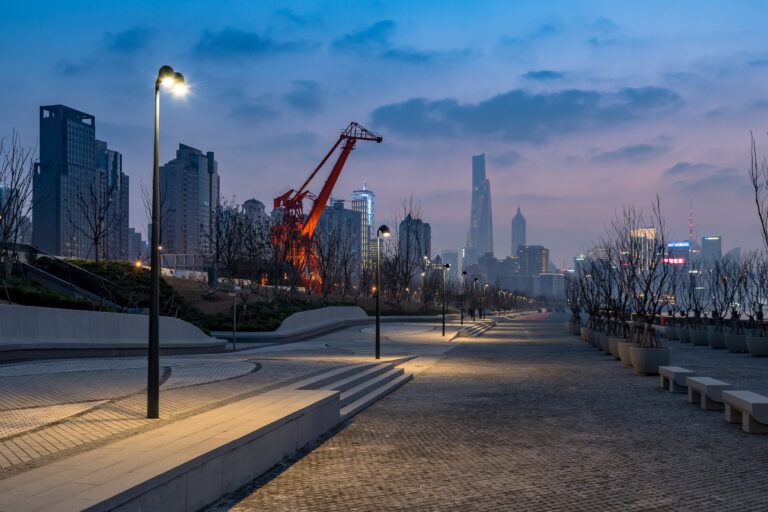 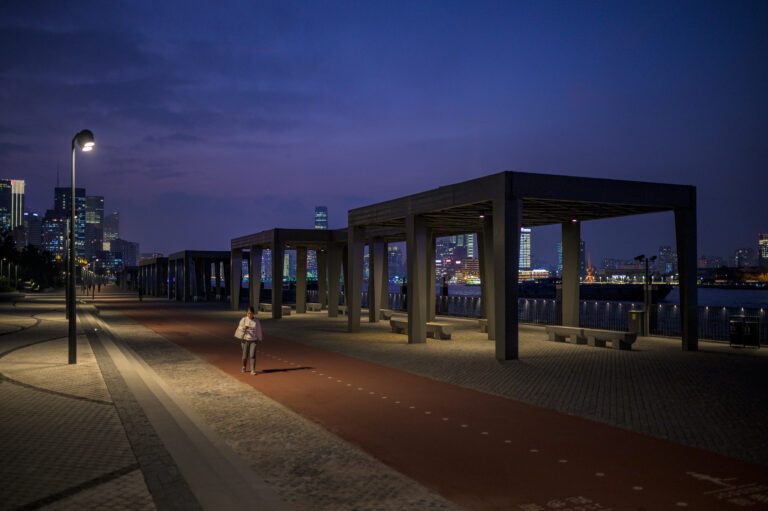 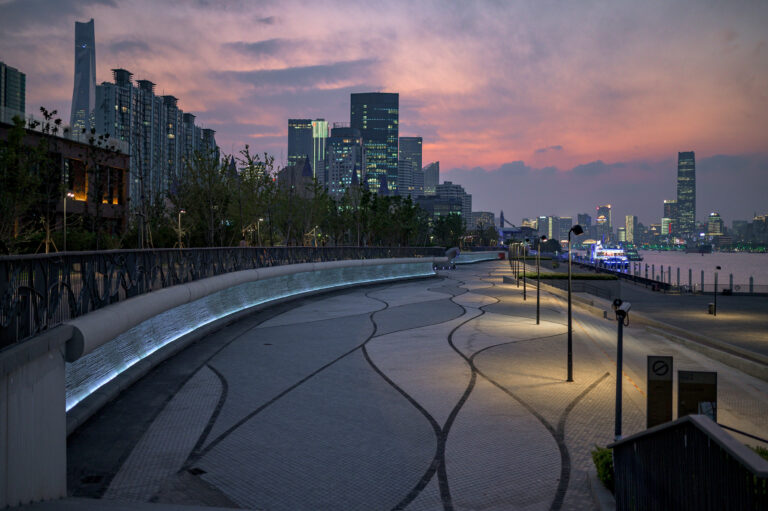 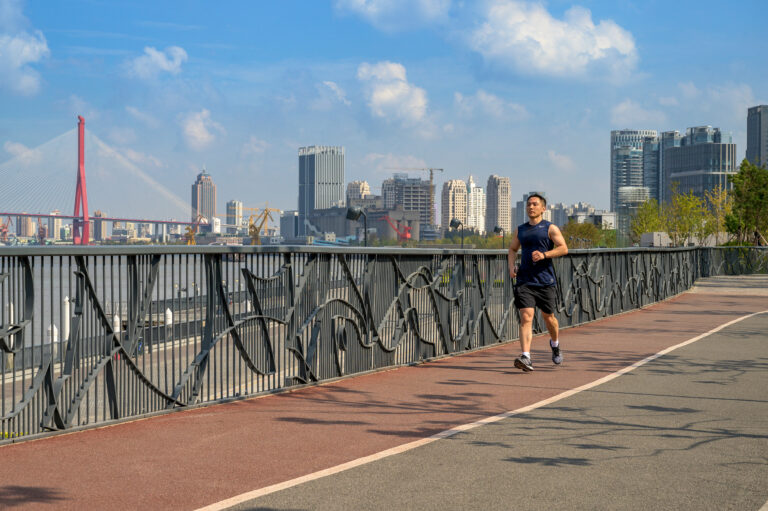 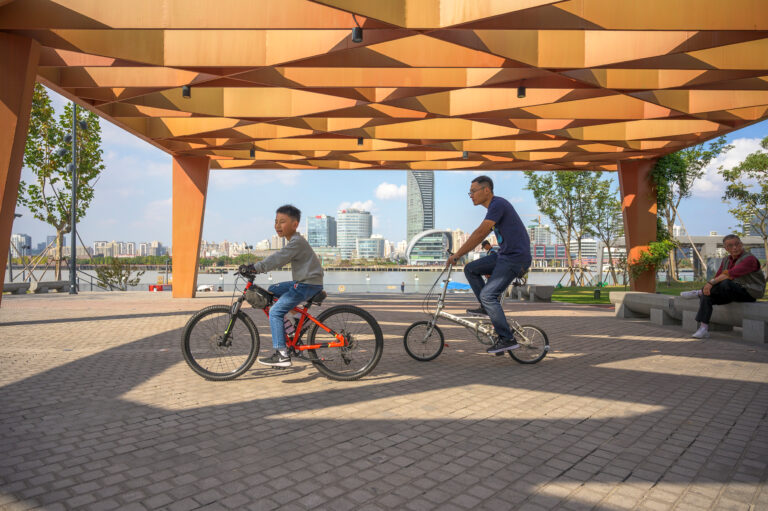 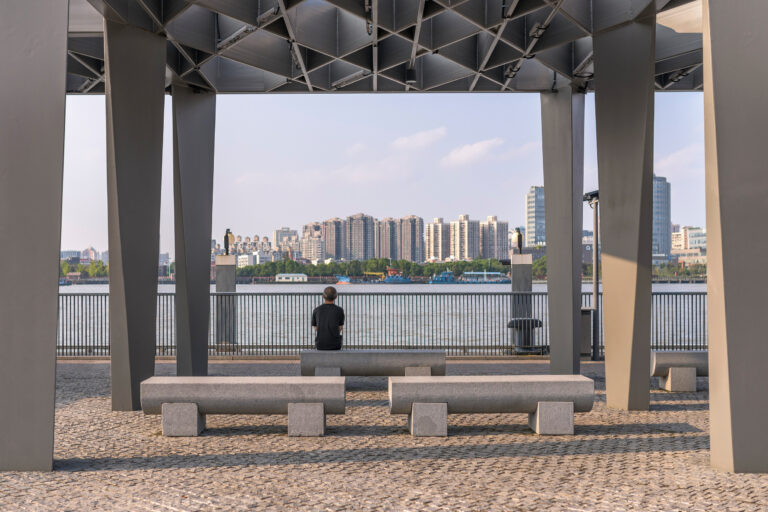 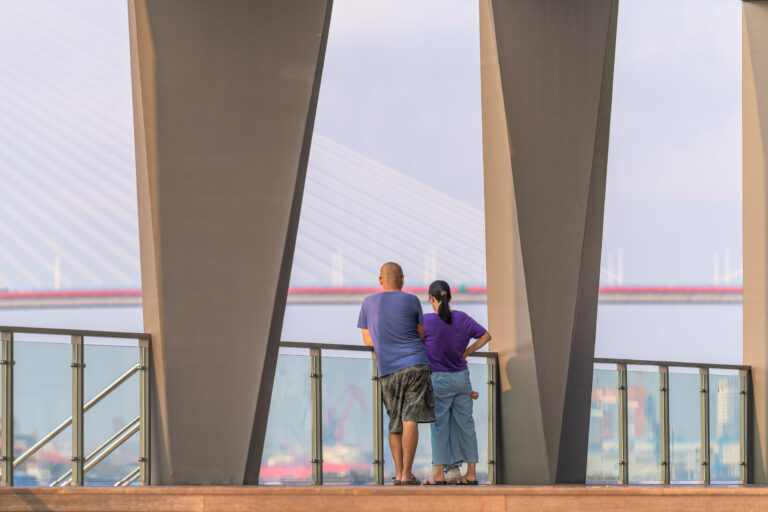 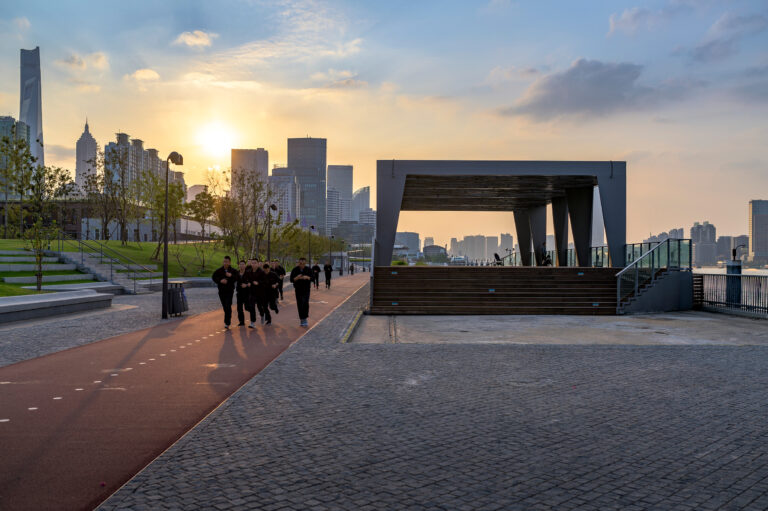 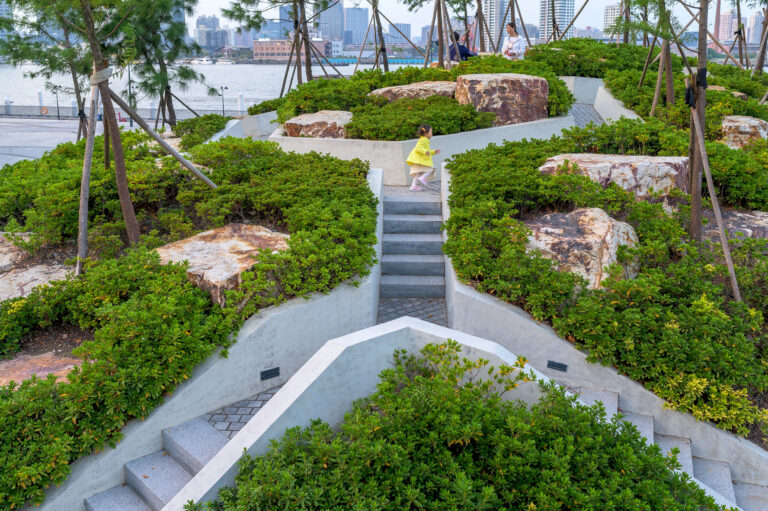 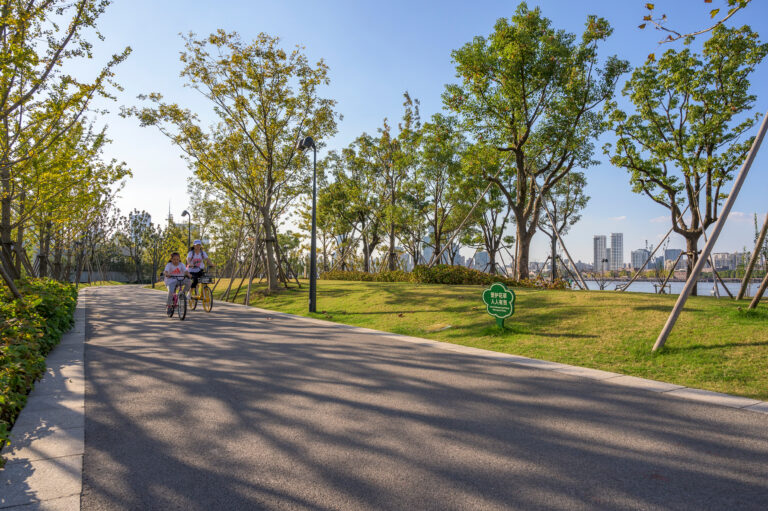 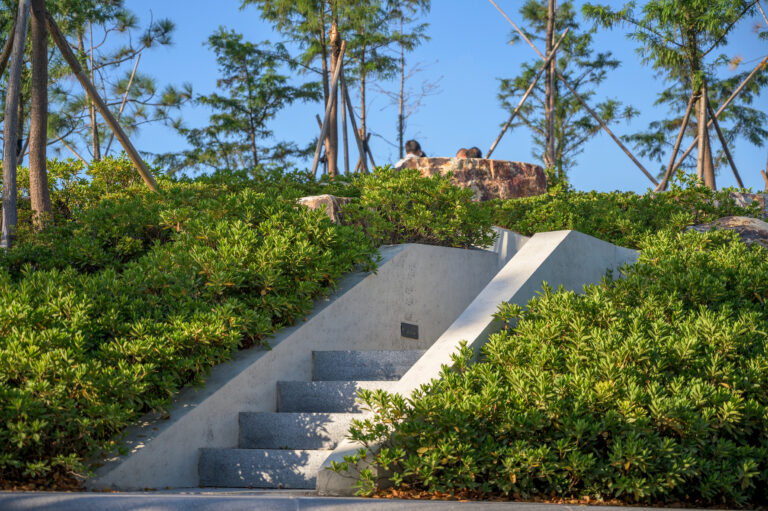 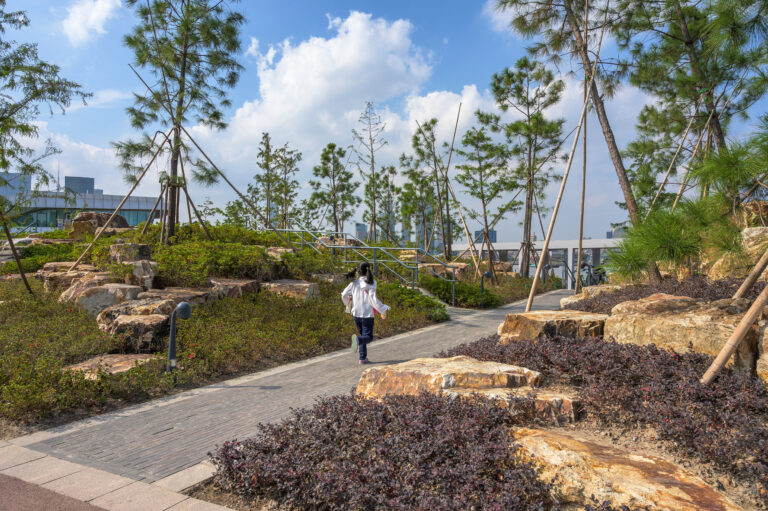 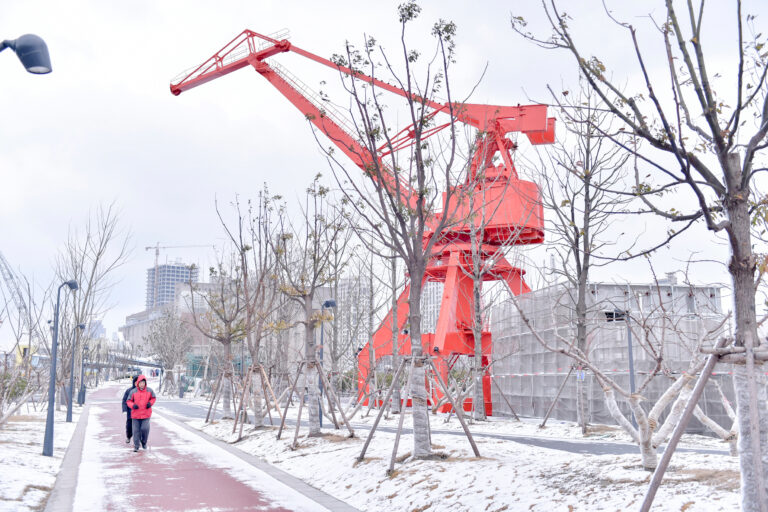