A Green Campus: building upon West 8’s masterplan from 1999, the Zernike Campus was transformed from a rigid urban grid with anonymous buildings into a park-like setting with continuous lawns and large trees.

The fundamental concept for the Campus is the introduction of ‘human scale’. In contrast with the large-scale university complexes from the sixties and seventies, the new buildings on the Campus are of a reduced scale and an equal position in the green setting. Placing the previously existing science buildings onto a green lawn like pieces on a chessboard, today each building has an individual character inside of a larger park. The campus is primarily designed for pedestrians and cyclists and a six-meter wide track for slow traffic now meanders through the various buildings.

An integral part of the campus masterplan is the Hanze Forum, enfolded by the individual buildings of the Hanze Hogeschool. A large fountain with a circular bench creates a meeting point, where a nude from the Dutch ‘De Ploeg’ painter Johannes Dijkstra is reflected in the water.

The Zernike Campus, on the northern ring road of Groningen, accommodates the expansion of the University of Groningen and the Hanze Hogeschool. Initially created in 1999, West 8 has been working since 2015 to review and update the original masterplan and ensure the concept’s continuity for the next decade. 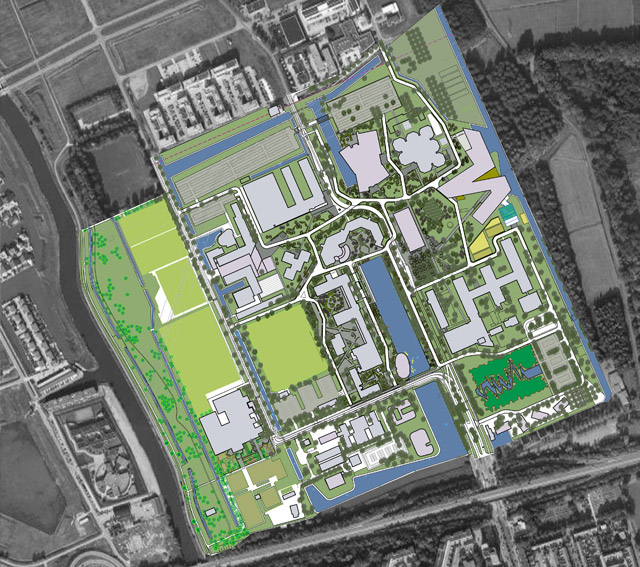 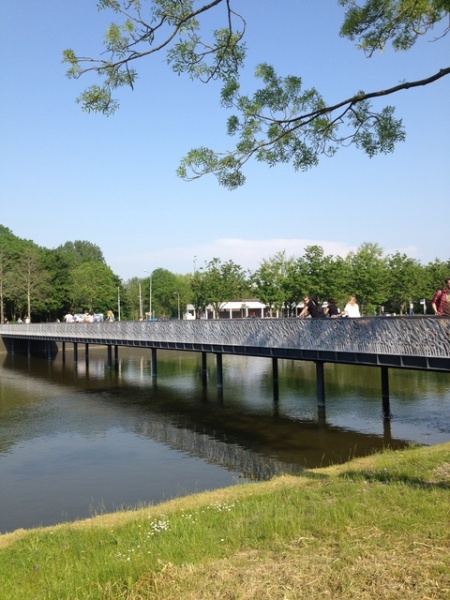